On January 20th 2016 Converse CONS celebrates one of its most legendary shoes during the Bright fair in Berlin. The event will be held at the amazing Silent Green Kulturquartier in Wedding (Berlin), were there will be two events dedicated to The One Star, an exclusive One Star World Tour video premiere and exhibition featuring photography from the book that will be released with the film.

To summarize the event will take place on Wednesday the 20th at the Silent Green Kulturquartier, things will start at 6 PM and end at around 10pm during that time there will be open sessions in the octagonal bowl and some drinks to enjoy.

All further information can be found on this flyer 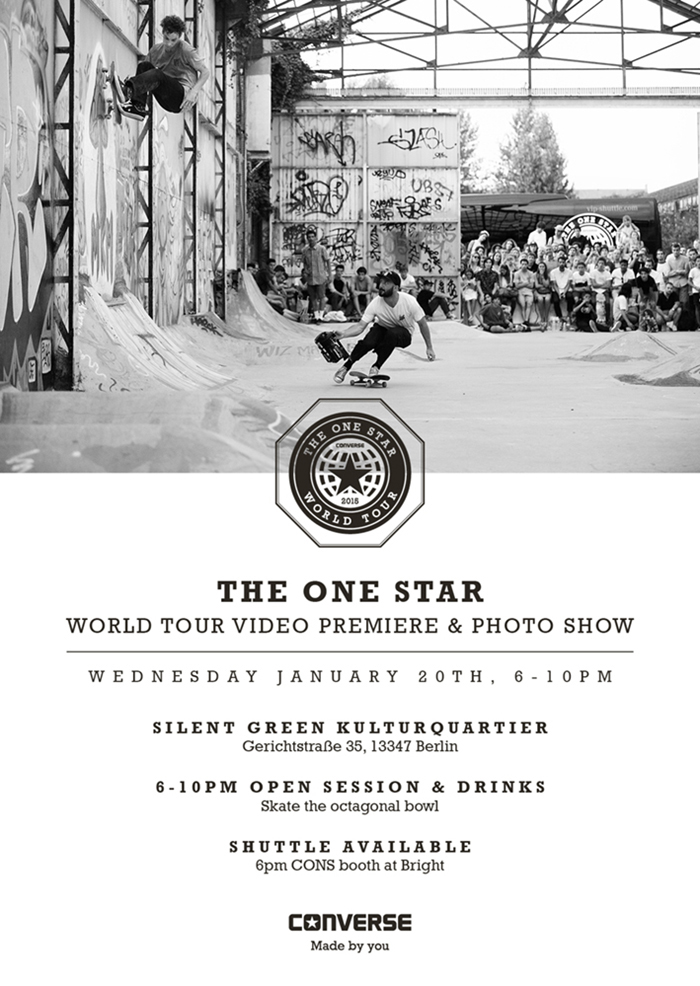