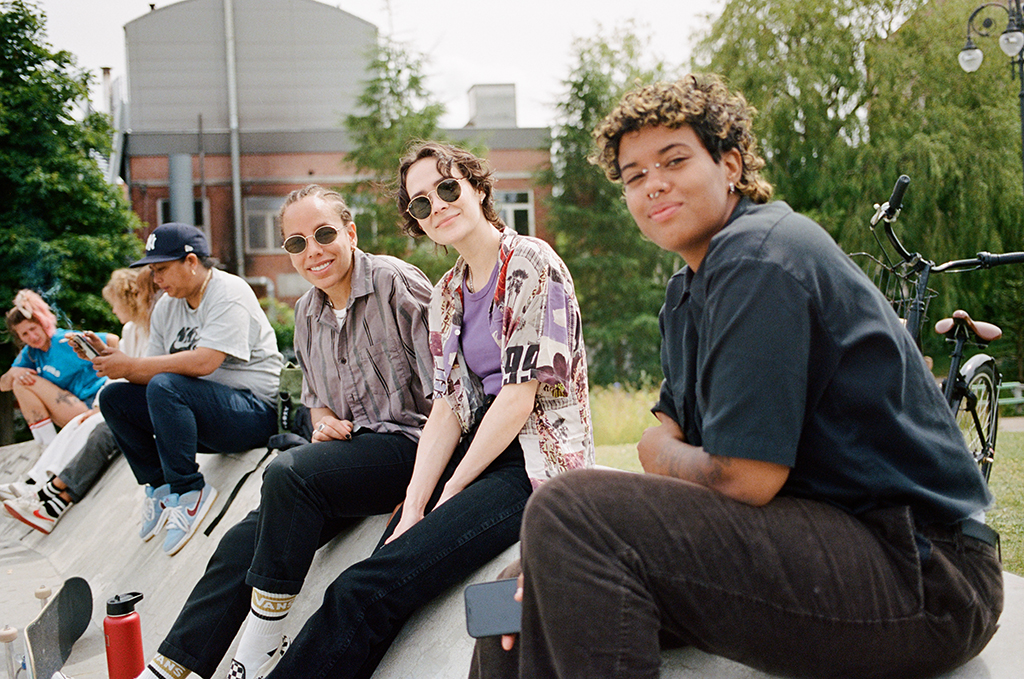 Welcome to our for now…last interview in the series based around the new THERE skateboards video EURO THERE 2. For this one, we asked one of the HERA’s Noa Moffat (they/them) to interview Jessyka Bailey, who put it down in the video not only through the actions on the board but definitely through the vibe they brought. When the opportunity came to release the video we naturally asked the HERA’s if someone wanted to do an interview as well and Noa responded instantly with the request to talk to Jessyka. So, here it is Noa’s chat with THERE’s own Jessyka Bailey.

When did you start skating and how did you get into it?

I was always into doing activities and taking it to the extreme. I was super into scootering when I was younger but then my scooter got stolen. After that, I started biking again, and then my bike got stolen haha. I was so pissed. Finally, at some point, I grabbed my brother’s skateboard and made it my own.

How were you introduced into unity / how far along into skating?

One day Jeff reached out to me on sm and we ended up skating the Supreme bowl in Brooklyn. It felt like supernatural like I’d known him forever. That was in 2019 and before that day like I didn’t know anything like Unity existed.

traveling around this year, do you have a favorite place/spot you went to? and why

Wheels of Fortune in Seattle was so much fun but it fucked me up. We were out all day and night skating and hanging out. There was a  fire in Portland and Seattle was literally covered in smoke. I thought nothing of it but by the time I got back to New York I didn’t have a voice. I ended up going to the doctor she tested me and let me know that I have asthma. I have to use an inhaler every day now for a month (laughs). Shit was too wild.

I don’t think I would have stuck with skating nearly as much without having “Hera Skate” there along the way. How did joining Unity/there affect your skate career? What does unity mean to you?

Sorry, I honestly can’t put into words what unity and Jeff mean to me. I could say “It means the world to me” and that wouldn’t even touch the surface. As far as where I’d be without UNITY, I can’t answer that question either.

I understand, thank you for the chat Jessyka.