Last month marked the 15th birthday of the Nike SB Dunk, writing that story took me back into another zone and, as often happens, an interview pops up with John Motta (by Ripped Laces), an avid skater of the Dunk High. Now truth be told I had a big Arizona phase, a phase that consisted of me buying and friends gifting me local AZ videos, a nostalgic feeling that I was keen on revisiting. So I spent the weekend “researching” read, watching my favorite John Motta parts.

The whole thing started with the Daryl Angel and Ryan Lay’s Filmbot File part. I was already into Daryl’s skating but I did not know Ryan yet. So I started doing my Googles and found this video called “Peter Vlad’s Wonderful Horrible Life” in which a Ryan Lay had a part. P.V.W.H.L. is an underrated project, there were some amazing parts combined with people who skated like me, and it showed me, that people with lesser abilities could have parts that would made you want to go out and skate (weird right!?). That is not the case for John Motta though, his part was just great in all aspects, the songs, the spots, the trick selection and the editing, it all worked.

That video sparked my interest, but as with many things: you are only as good as the last thing you put out. Luckily the next AZ video I saw was “A Happy Medium” and it was an instant classic. John’s part was my favorite right from the start. I watched the video almost every day, sometimes even multiple times a day and, truth be told, it never really dawned on me what made the part so appealing to me, looking back on it now it didn’t really influence my skating that much. I couldn’t wallie, wallride or do any of the hammer type stuff back then (I still can’t skate drops to this day). But maybe it just showed me a direction of skating I liked. It had a certain spot based approach, instead of just a trick based one. For instance, the wallride nollie to Banana slide at 3:05 or the pole jam wallride to pole jam at the 3:40 mark, those were things you couldn’t just do, you had to find or build those obstacles. It led me to find my “own” spots and come up with ideas for tricks to do there.

After his “A Happy Medium” part came out, multiple other Motta parts got releaed. For instance, John’s parts in Skate Mental’s Am Chowder , and A Happy Medium 2 both parts were alright but they did not have the vibe that the two other parts had.

Almost at the same time as “A Happy Medium 2” came out, there where these rumors of something else dropping. And then all of a sudden some footage got dropped online via a secret “leak” which a guy on the infamous SLAP Forum found and used to create his own Motta part. On the forum the guy explains what happened:

“A while back I found an easter egg hidden on the Skate Mental website. I was on Motta’s team page and noticed a bolder font on one of his answers. I clicked on it and it brought me to a file hosting web page, I downloaded the file and it was exactly what the file name said, it was all of Motta’s raw unedited footage, also in the folder with the footage was a letter written and signed by Johns mom, basically saying John didn’t like his footage and wanted it hid on the site cuz while filming it the year before he had a bad bipolar episode causing him to be in and out of the hospital on meds for about half the year and that the doctor told him not to do anything physical, so he just wanted to hide the footage on the Skate Mental site and if someone found it that they could leak it or edit it, and I was that person so Here is what I did with it…let the leaking begin!!!”

So basically this part is fan-made but the whole thing works so well that I ended up rewatching it for about a 100 times. It features some of John’s best and most innovative skating. It was the start of his current tunnel exploration phase and it features the elusive 360 flip FS Wallride, which to my knowledge had not been done before and has not really been done afterwards.

John has not been standing still and has put out multiple parts since then, but he has not been able to truly show the vibe of his current day skating in a way that correctly represents the vibe around the tunnels. But A “Happy Medium 4” is coming out this year, so maybe that will mark another new phase in an already interesting skate career. I know I am waiting to see it. 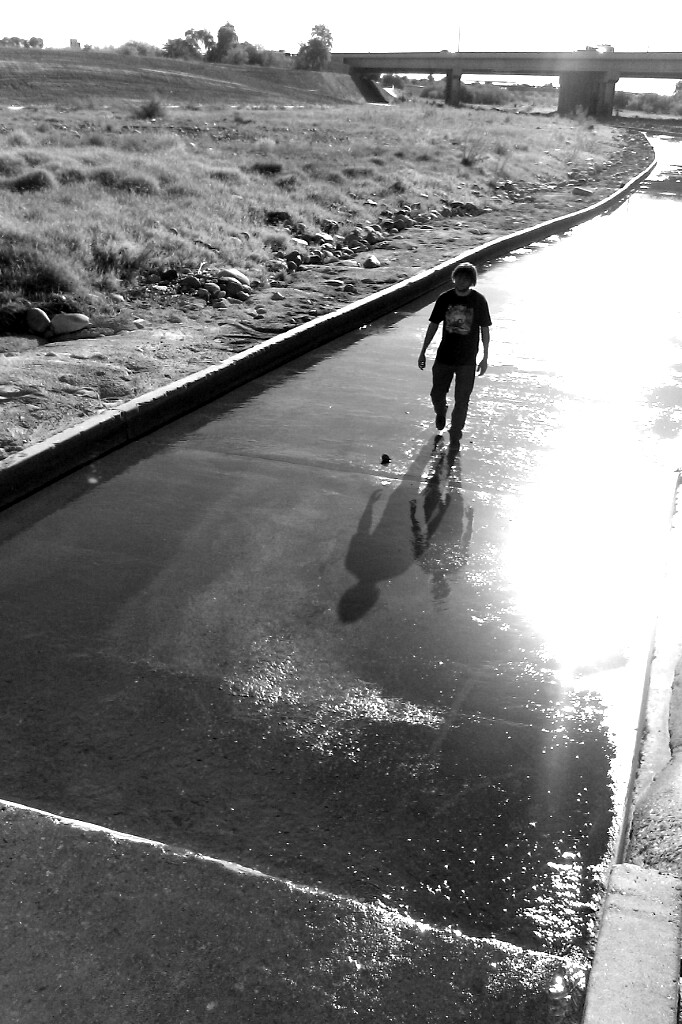 Thanks to Ripped Laces for inspiring me to write this.