Entering an Absurd State of Mind

Welcome to Moscow. As we walked out of the metro station towards the Absurd office, we found ourselves in the kind of Russian surroundings otherwise only shown on TV: A landscape dominated by a general brown and greyness accentuated by melting snow and mud-splattered automobiles. Maybe this was the Russia I had been hoping for, I thought, but as soon as we walked through the doors of a nondescript building hoping to visit the office of Absurd Skateboards, the atmosphere changed. 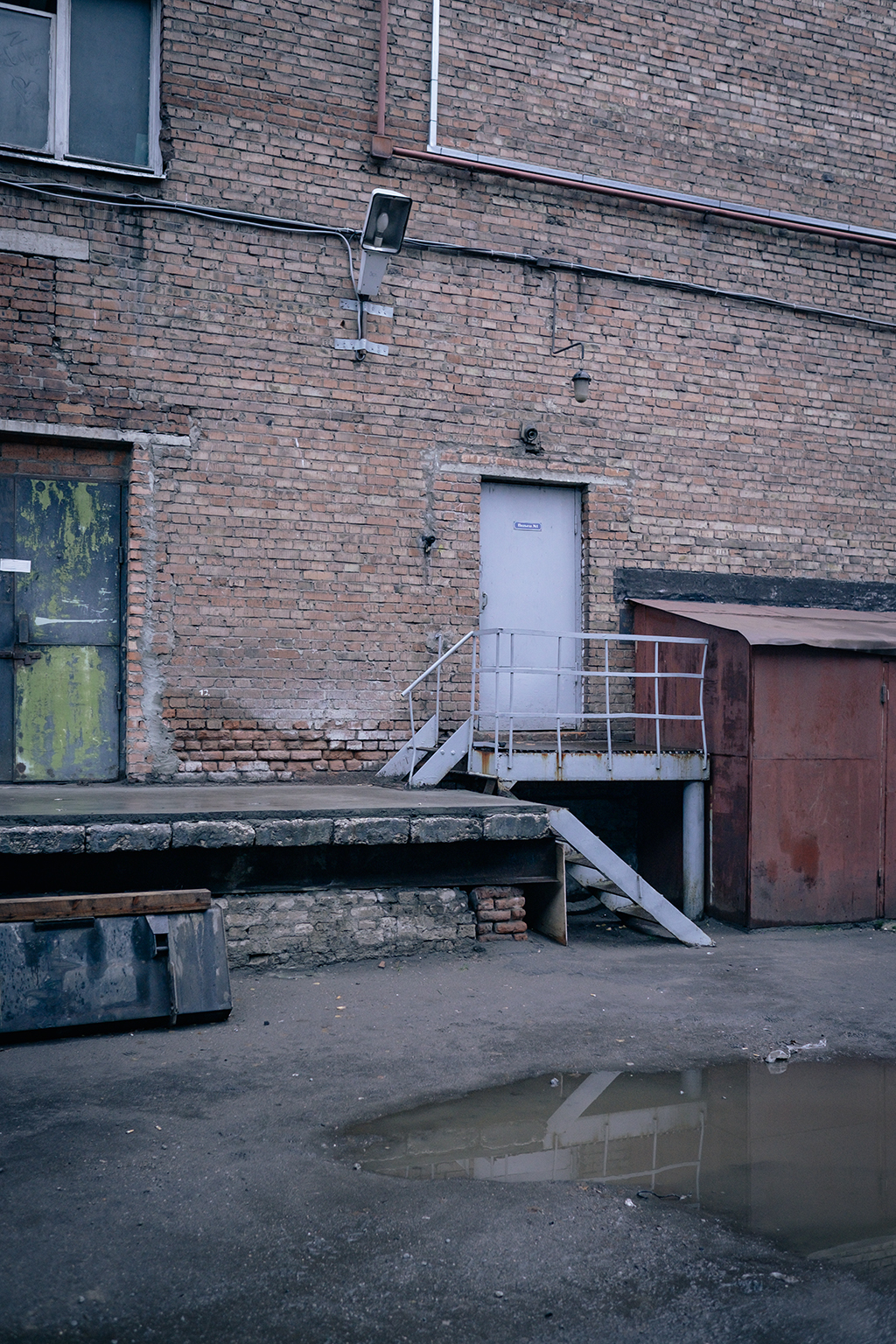 This place looked official. The front office seemed like a cross between the waiting room at your local dentist and the airport customs area. As it turned out, the latter wasn’t that far from the truth. To enter the property, we had to hand over our passports and in return we received something similar to a visa. Once we all got our paperwork in order, we were allowed to walk through a little metro type gate and out through a backdoor. Talk about Russian experiences…

The feeling I got when I saw what was behind that door was like falling through Alice in Wonderland’s rabbit hole. We had left behind the customs officers in the dentist’s office and found ourselves in a completely different world; a world dominated by red brick buildings, asphalt, red mud, and a cacophony of sounds. We walked about 100 meters toward an old building that looked like your typical dusty abandoned factory, and knocked on the door.

Soon enough, we were welcomed by Kirill Korobkov from Absurd Skateboards. He opened a wooden door, ushered us into the factory, and we proceeded to walk up not one, but five flights of stairs. We where all breathing heavily! We turned left into a hallway with old Soviet message boards on the wall, only to witness Kirrill stop at one of the many uniform-looking doors, he put the key in the lock, and welcome us into a clean white office. It’s safe to say that at this point, I was in a “what the fuck did I just experience” kind of state.

As we got used to our surroundings, Kirrill started to tell us something about his skateboarding company:

“Absurd was started about six years ago by former Russian skate photographer Lev Maslov and Absurd team rider Gosha Konyshev. They got together to create Absurd during a time when the Russian skate industry was slowly developing. Russian skaters stopped skating for American brands and started their own companies. By doing this, they created an industry that has a particular Russian vibe instead of trying to fit in with an already existing brand. They created their own brand to fit their style.”

Kirrill continued: “In line with that idea, our art direction is partly done by people like Pascha Kuznetsov, Gosha Konyshev, Lev Maslov and some friends of the brand. Everybody on the team contributes something to the company; from the graphics, social media to getting the boards shipped – we all work together in one way or another.”

Kirrill gave us a quick tour around the office, so we checked out the different board shapes and graphics. One thing that caught my eye was that, within all the Russian lettering, I could still read the Absurd logo. Kirrill explained: “The name Absurd is written the same in Cyrillic and the basic Latin alphabet. It wasn’t planned that way, but we are happy with the way it turned out. We don’t need to translate anything and we don’t need to change the name depending on the country.” All over Russia, the brand has been picking up in the years that Kirrill has been with the company: “The Russian skate scene really supports us. Over the last few years, everything has consistently sold out. We’ve got costumers in 60 different cities spread all over Russia; from Vladivostok to Kaliningrad. There is always something to improve, but we are doing well.”

The videos, which you need to YouTube, also help in building an image and personality around the brand: “As for the videos we are trying to do something different, something experimental. There are new videos coming out every day so why would you do the same thing,” said Kirrill.

As the tour went on, we all took turns looking out of the window at what lay outside beneath us. “Would you like to go for a walk?” Kirrill proposed. The obvious answer was YES.

So we walked back down the stairs, through the door and back onto this immense industrial site.
I don’t think I’ve ever seen a place that looked more like a movie set. Big windows looking into rooms with old machinery lit by a single light bulb, dark streets that reminded me of the Godfather movies, and people sitting in random rooms smoking cigarettes waiting for their break to be over. At the same time, it was starting to become obvious that our crew must appear totally out of the ordinary. We were basically acting like children on their first visit to Disneyland. In the midst of all this excitement, I asked Kirrill if he knew anything about the history of this place:

“These grounds are home to one of the biggest still existing ex-Soviet factories. It was built in the 1930s during the Stalin-era. These factories produced the large machinery for power plants. The oldest part of the factory grounds is a particularly interesting place because of the special type of architecture. It’s one of the last remaining examples of Soviet industrial architecture of the 1930s. I think this factory was once the number one factory in Russia. Now things have changed. The factory itself is still in production but it’s much smaller. There are a lot of empty spaces for rent. These spaces are popular amongst artist, musicians and other small companies like us.” 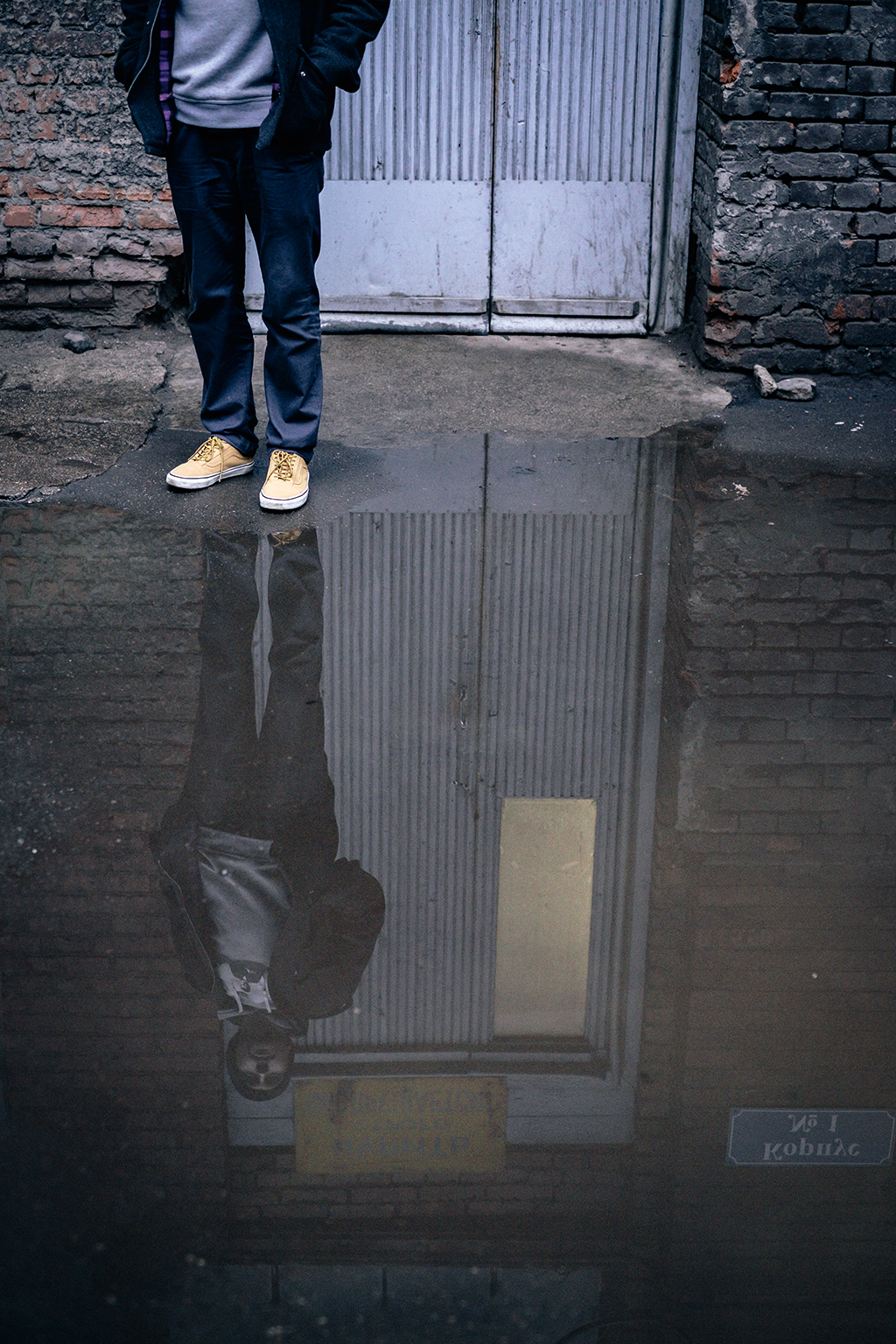 Even though we were in Moscow, I said, I got the strange feeling like we could have been standing in one of the old parts of New York or Manhattan. It’s almost like we found a time machine and as soon as we stepped trough the portal, we entered another dimension.

“It’s probably the architecture of that time that reminds you of some of the famous buildings in Manhattan. They were built around the same time, even though the Cold War tension had started. I feel like they inspired each other’s architecture. The oldest part of the factory is a really interesting place, you can still feel the Soviet vibe over there. I’m happy that we [at Absurd] moved our business here about two years ago. I enjoy being here even when I’m not working. It’s a space that evokes thought and inspires you. I’m happy that the government realizes the historic value of this place and decided to declare it as a monument.” 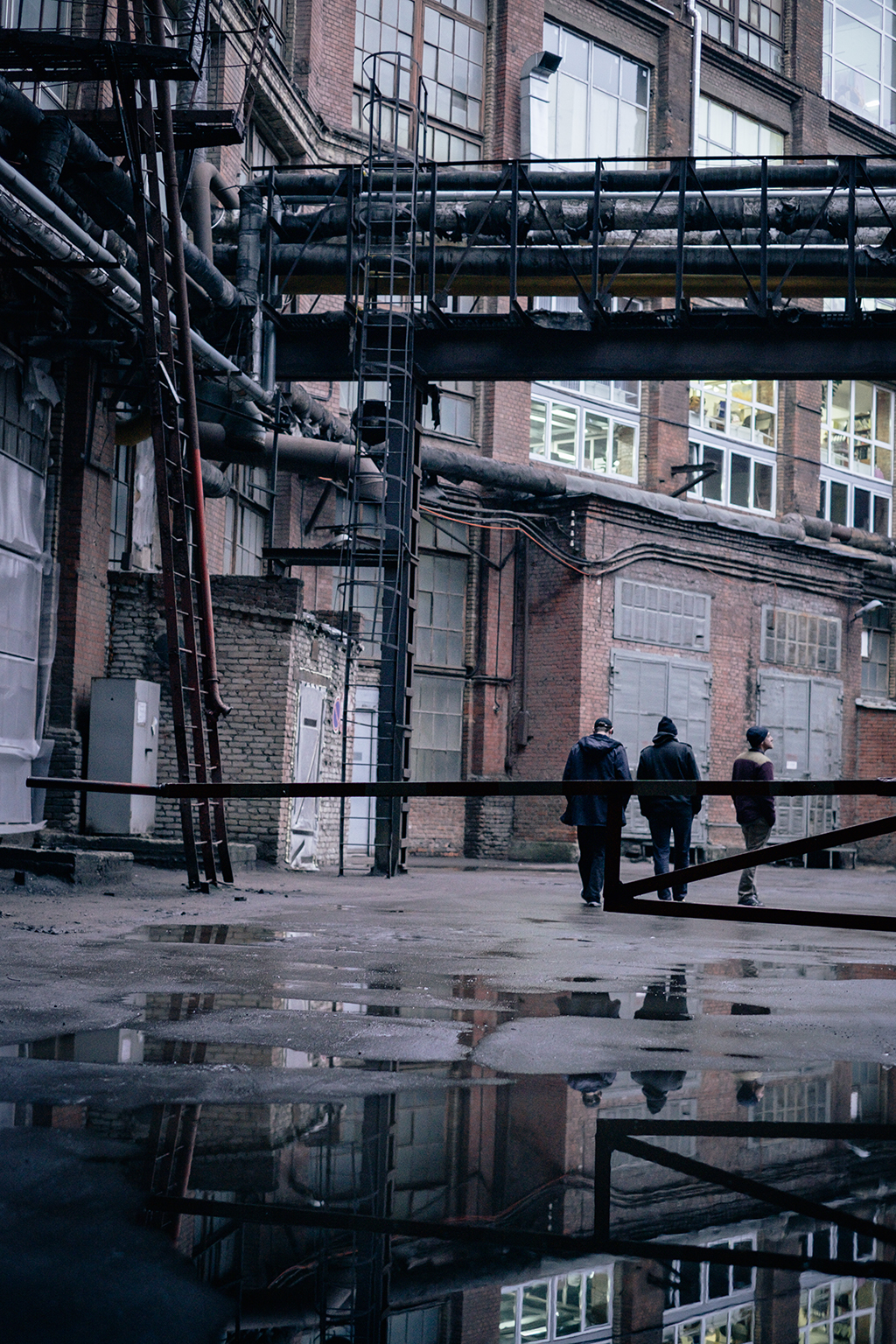 We walked into a building that on the one side had all the features of a marble palace but also had hallways that reminded you of Bladerunner or maybe even Aliens 3. As good tourists, we were filming and taking photos of anything and everything that crossed our path. People started to take more notice of our crew and as we exited the building, we were confronted first by a guy that told us that taking photos was prohibited. We then walked for about five meters and a second guy showed up. This was turning into a situation. As it turned out, he was an important person. And he aggressively spoke to Kirril. To make a long story short: after about five minutes we were advised by Kirril to go back to the office, take our stuff, and leave the premises before we would get in some real trouble. We all hurried, through the door, up the stairs into the office to grab our stuff and get the heck out of there. Some people you just don’t want to argue with…

When we walked out of the main door and onto the street, we kept on walking for about three minutes, before we looked at each other and said: “Well, that was sketchy!” But also: “Wow, how beautiful was that place?! What a crazy experience!”

The conversation went on like this until we got back to our apartment. We were happy. We had gotten what we came for – and more. We also got our first glimpse into another side of Russia.