Robin Pailler has been around the block a couple of times, he knows his strengths and he is not afraid to talk about his weaknesses either. He has been responsible for some of the more enjoyable edits this year, videos like Cleptomanicx’s Stadt.Land.Skate and his depiction of Remy Taveira stood out to us. His latest work just dropped on our site yesterday, so we had a little chat about that and more.

Let’s start with your latest work, how did you get to know the Poetic Collective?

I think I discovered Poetic Collective about a year or so ago, probably around the time they released Surfaces. I just really loved the whole vibe they had going on, it had this really stylistic feel, the way it was edited, the use of Marcel Duchamp’s voice, it just seemed really different from most skate videos/brands out there. I think just after that they introduced Sarah Meurle to the team who I’d met a year or so prior and got on super well with, so I was stoked to see her on the team and it just seemed like a really tight knit crew with a shared vision and really artistic approach to skateboarding.

Tom Botwid told me that making a video was your idea, leaving you with complete creative control, a special thing to do for a brand with a strong image.

Yeah, the project happened pretty random actually, I bumped into Sarah Meurle at the Bright earlier this year and she introduced me to Tom. We got to talk and I mentioned that I’d love to get involved in any future projects, so we exchanged details and kept in touch. A few months later, I was planning my trip to CPH Open and was going to the Vans Pro Park Finals in Malmö the following weekend, so from there I realized I had like 4-5 days free in between. I reached out to Tom, asked him if he’d be down to shoot some stuff and we got the ball rolling. In terms of my input adding to the overall look and feel of their company, it’s a bit of tricky one. I think what really helped was that Tom showed complete faith in me. He didn’t try to tell me how to shoot or what sort of vibe to go for. He made it clear this was my project, so there was no pressure to try and fit into any image so to speak. He wanted it to be my own independent vision featuring Poetic as opposed to me trying to emulate a Poetic video. 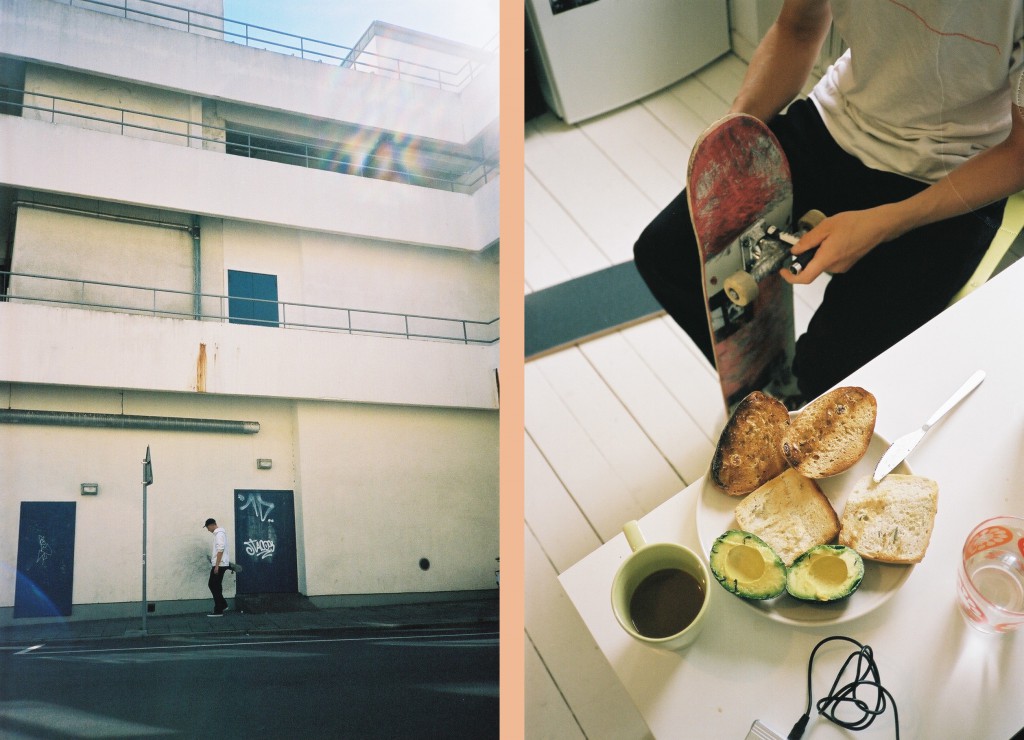 How important are the scenery, the city and it’s spots to you when creating a video?

I think in terms of scenery, the city, architecture etc. it always plays quite an important role in the stuff I do. Seeing as a lot of my previous videos stem from a documentary approach as opposed to pure skate clips, you kinda become accustomed to capturing as much b-roll of your surroundings as possible. It kinda becomes secondary function because cutaways play such an important role in the editing suite when it comes to making documentaries. Malmö itself has some fascinating architecture, too. I guess for those guys they’re used to it, but I was really in awe of stuff like Santiago Calatrava’s “Turning Torso” building, or even the Central and Hyllie Metro Stations by Metro Arkitekter. Swedes just have a good eye for that stuff and I couldn’t help but be impressed by the look of the whole city.

More in detail you work a lot with sound in this edit fading in and out even mid-line. What prompted you to do that?

I’ve always been a fan of playing around with diegetic and non-diegetic sound, which again possibly stems from documentary work, but I’d be lying if I said it was all pre-meditated. Seeing as a lot of what we shot was on super 8 and somewhat impulsive (plus the fact I was shooting the whole thing on my own), I didn’t always have time to ensure I was recording sound externally. The use of fades on a lot of occasions is simply playing with the smooth, gradual transition of the edit as opposed to an abrupt cut off sound entering or exiting.

At the 3:14 mark you have that line with the hippy jump, then a cut and the line continues did you film that with two camera’s simultaneously or did you make the skater do it twice?

Haha, yeah shout out to Samuel for that, sorry for making you do it twice mate. I wanted both angles on super 8 but I always feel bad asking people to do shit again, especially when you’ve just met them. Luckily, Sam was super cool with it, he would’ve done it again anyway, don’t be fooled by the baby face, he’s a beast. 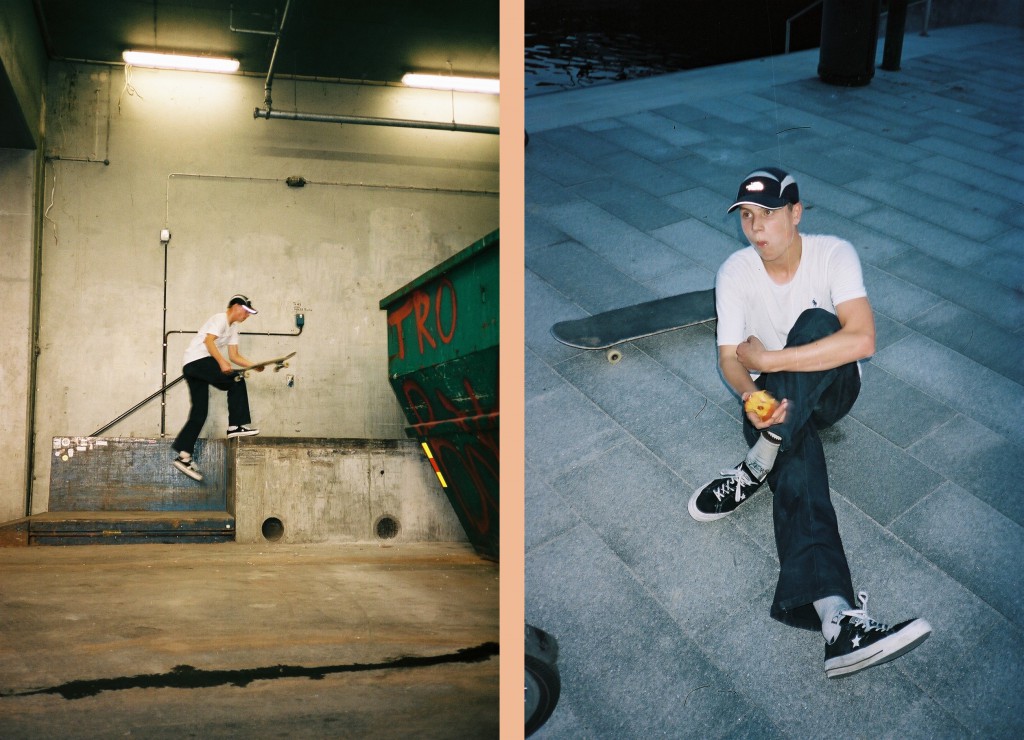 Music is something that is important in skate videos and to skaters in general. Can you tell us about the music that you chose for this video and why you picked that style?.

Yeah well, Tom’s brother Paul is a super talented musician and he actually composed a lot of the pieces for Poetic’s previous clips, so I kinda wanted to continue that. Tom put us in touch and we discussed the use of ambient reverb sounds, which I’m a massive fan of. Paul actually composed a whole 8-minute piece that was super dope, but I only used the first minute or so in the end. I had been struggling with music choices and one morning whilst on the road, ‘Holding Horses’ by Colleen randomly came on shuffle and I just knew I wanted to use it in the clip. As for the final track, it’s a classical piece by Paul Misraki from the film Alphaville. I’m not ashamed to admit I’m a complete film geek. And perhaps being half French, I’m naturally really heavily influenced by the early work of Jean-Luc Godard. I can’t help but want to pay homage in some form. I think both Tom and me are really similar in our love for conveying emotion through music. We are both suckers for that “romantic epic-ness” in music, you know? That shit that gives you goosebumps.

How does this project vary from your past videos?

I guess the major difference is that this was purely a skate edit. Most of my previous work has been documentary driven, so it was especially refreshing to break away from the constraints of following a narrative. Quite often my work has focused on certain personalities within the skate world, offering a somewhat intimate insight into their character and everyday life, and often a lot of those pieces are shot within a short time frame. It can be an almost invasive experience for the subject. They’re obviously very conscious of the image they’re portraying to you, their sponsors and I guess the internet as a whole. There is a lot of pressure for you as a filmmaker to build a good rapport. You have to gain their trust, all whilst pointing a camera in their face, asking them to divulge a lot of personal information.

You also filmed a video for Cleptomanicx recently.

I guess I was also really fortunate in that I’d filmed a skate trip in the German province with Cleptomanicx a few months prior, too. That was the first time I’d really produced a piece that was purely skate driven. I was lucky in many ways because I really feel Clepto and Poetic have a similar vibe and principles. Both crews have that super outgoing family vibe and in both cases, I felt they really showed a lot of patience towards me. There is always that fear when meeting a crew who’ve never heard of you, never seen your work, are they gonna be like “alright who’s this kook?”. They might think you’re from MTV or the fucking Ride Channel and I have a very different approach to film skating, there is not a lot of fisheye in my work. Because I’m lanky as fuck, so I really suck at it. I’m never gonna be like a fucking Ryan Garshall, Tor Ström or Ben Chadourne you know? Those guys are absolute fisheye machines! I’ll leave that shit to the best. So I guess in that sense my technical approach is way different to the norm, so it’s all about earning people’s trust, in that, you’re gonna produce something they dig but perhaps in an unorthodox style. In the end, it’s all about that love and support you show one another within skateboarding, that’s what makes it so special. 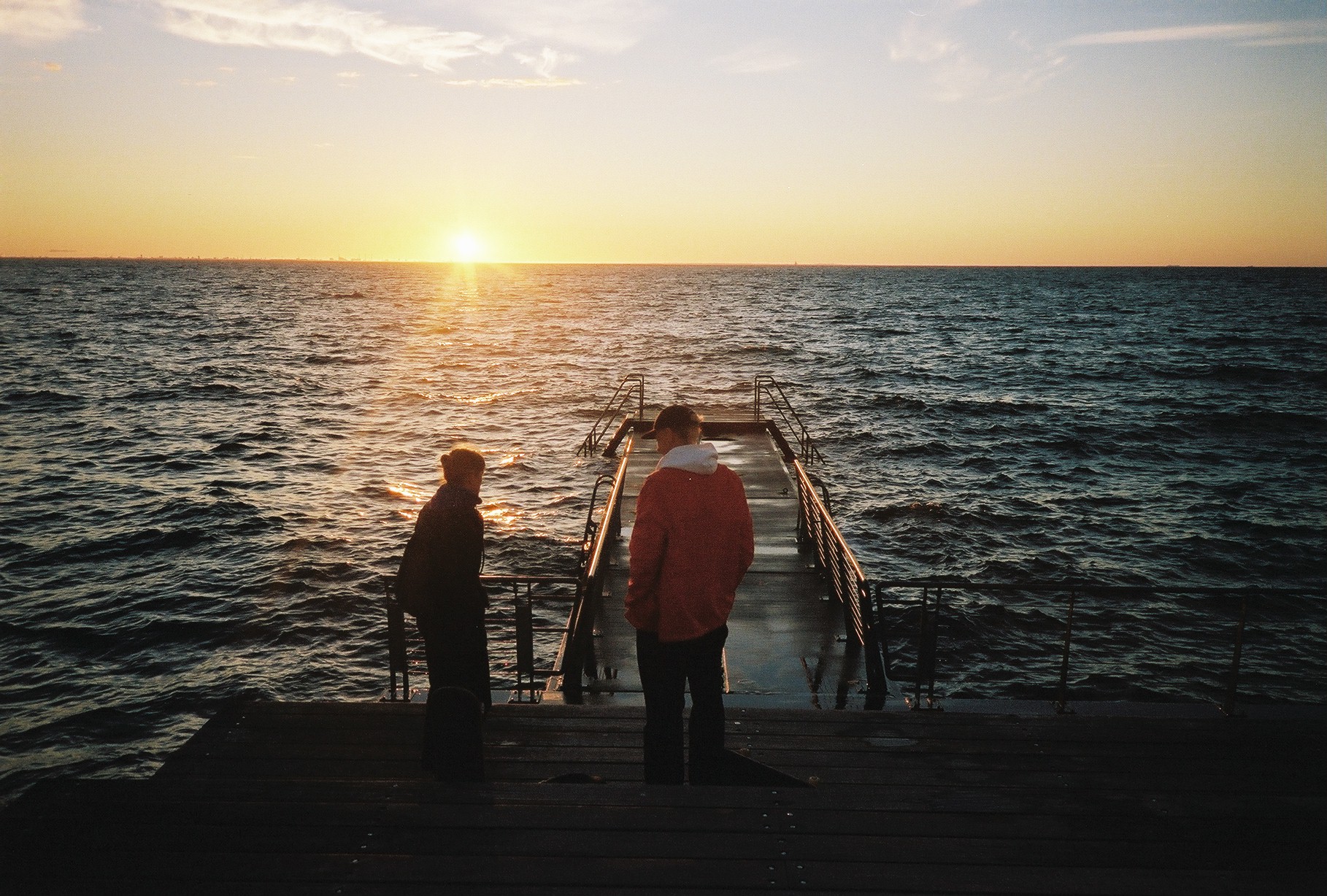 All photos by Robin Pailler