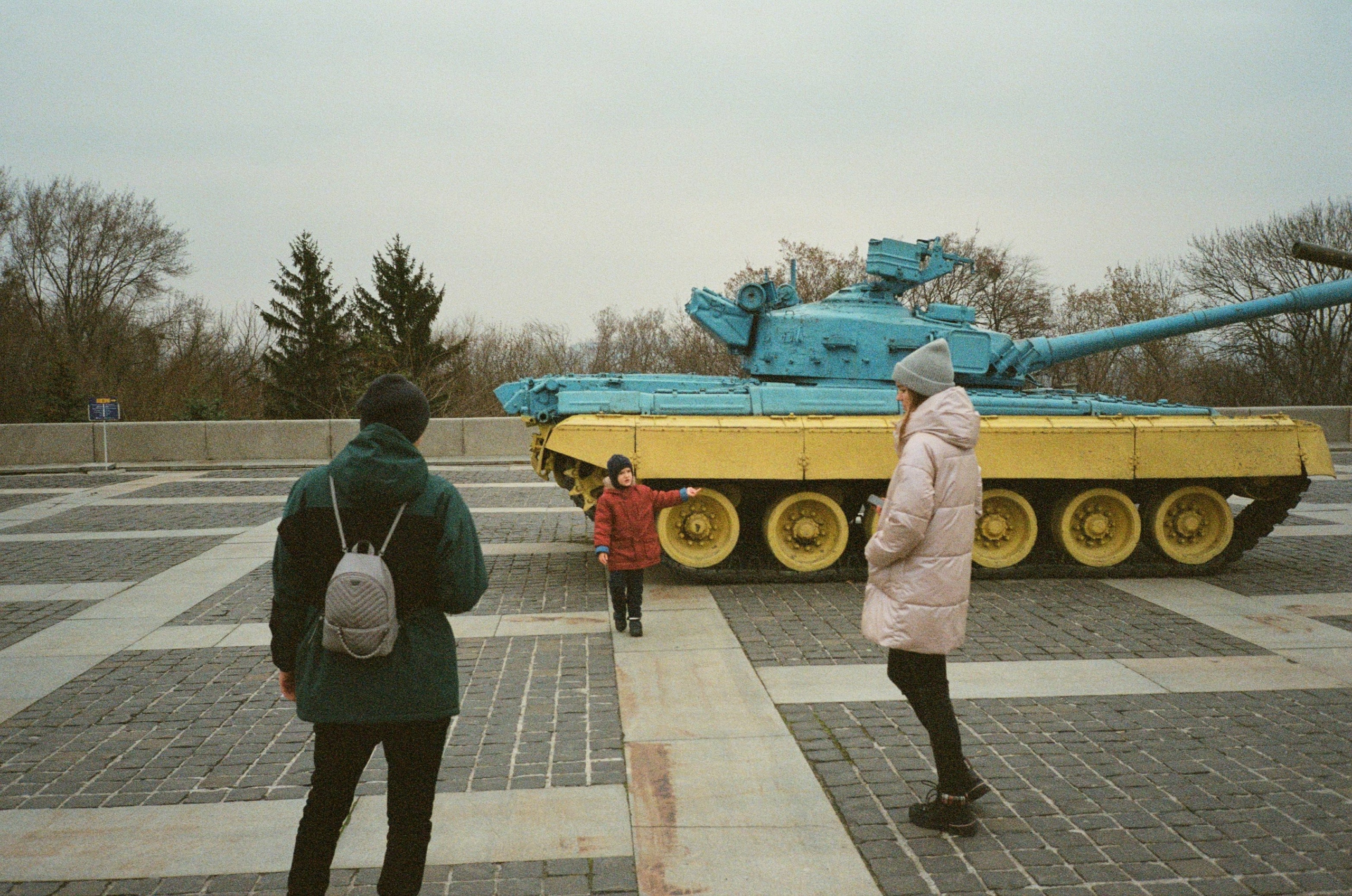 Welcome back to our Long Read series. We are going to warn you up front, it has been a while since we have done such an overtly geopolitical piece. The last one this directly related to current events was our 2016 piece about the election of Donald Trump, featuring Alex Olson, Dennis Busenitz, Patrick O’Dell amongst others. This time we don’t have those big names currently on the ground at the front-line. But the topic is just as relevant if not even more relevant to most of our direct futures. Ukraine has been all over the news lately, on all levels of society (at least in Europe) people are talking about the Russian build-up of troops, machinery, and even blood at the borders. Media coverage from most western outlets has been focused on the (high) possibility of a conflict with the US president, leading the way with his rhetoric. Those paying close attention in recent days though have noticed a push back on the coverage from the Ukrainian side, arguing that the coverage does not accurately depict the situation on the ground. We don’t know where the truth lies exactly but we do know some skaters currently living in Ukraine, in Kharkiv to be exact. We contacted Sasha Groshevoy, who you have seen on our channels multiple times, and spoke to him about the current situation and the minds of the people around him in his city. FYI, Kharkiv is the closest big city to the border with Russia, so tensions are real. Anyway let’s start with this Long Read and try to answer the question: What is going on in Ukraine?

Hello Sasha. I hope you are doing ok, how is the situation in Kharkiv, Ukraine at the moment?

Now everything is ok. Everyone is outside, people are drinking coffee, sitting in cafes. It feels normal. On the other side, most of the news about Ukraine seems exaggerated to me. Still, a lot of my friends left Ukraine because of the current situation and I have started to think about leaving too. But for now, it’s ok.*

We have been having this local war for the last eight years so even though it is there, I don’t notice it in my hometown or in Kyiv.

Did the situation change a lot in the recent weeks? Here in Berlin, we get the feeling that we are on the verge of war but when you listen to Ukrainian sources they tell us to relax.

Everyone is speaking about it but no one is panicking, because we have been living with this situation for a long time now. Most people are more like “Let’s see what will happen..”. I think if a real war breaks out a lot of people will try to leave Ukraine.

Would you leave Ukraine if a real war starts?

Yes, of course, I would try.

Do you believe it will come to war? Or do you think it’s just a game of power?

I don’t know. It could just be political games. I don’t respect Putin because he’s already been president for so long. Here in the Ukraine presidents are changing but in Russia Putin is still in the same position. I don’t really trust him. He could be crazy and he is already an old man.

I know that you know a lot of people in Russia. Have you talked to them about the current situation?

Yes, I talked to a friend of mine from Moscow. And the funny thing is that he actually didn’t know about the war or the whole situation. A lot of people there don’t watch the TV or the news. So I told him about it. We are still friends (laughs). You know, it’s skateboarding.

That is kinda crazy. Do you notice anything in your city when you go out skating? Is there a lot of police around or anything else?

No, no, but I heard in the news that you need to have your passport on you at all times. The police also said you have to be respectful and responsible at the moment. That’s all.

So you don’t really notice the difference in the day-to-day life besides the stress obviously and the people talking about it?

Nothing, nothing. It’s just like some sort of tension I feel inside. I don’t know how to explain it. Everything is ok. But when Biden said, that on the 16th this month there would be war, Russia would invade Ukraine, I got scared. I joined my girlfriend, who was about to fly away for work, to Kyiv. If there would be a war we wanted to leave Ukraine together. There was news floating around about closing the airport but in the end, that was fake news, everything was fine and she could get on her plane. Now we have realized – how do we leave the country when it comes to war and they close everything? I hope everything going to be okay because I love my country and don’t want this to happen. But I decided that I will try and leave Ukraine for now, just in case.

I can imagine it’s weird because right now obviously there is no war in your hometown. But the possibility of war already leads you to prepare for it in a certain way. Besides you, what does your family think about it?

My mother doesn’t believe in this war. She’s ok. She’s local (laughs). I told you we have been living with war for a long time now. There’s still a war going on in Donezk but nobody cares. A friend of mine, who lives in Kyiv, is from Donezk. His mother still lives there but it’s super hard to go to Donezk and visit her. You have to go to Russia first and almost drive a circle around Ukraine to get to Donezk. It’s crazy. It used to be a five-hour drive but now you almost need twenty hours.

So he lived in Kyiv before the war?

He moved from Donezk to Kyiv right around when it all started. A lot of people who used to live in cities close to the war moved to my hometown of Kharkiv or to other cities. So here you find a lot of Ukrainians who lost their home during the start of the war.

Are you noticing new people coming now from these cities closer to the war? People, who want to get away from the war?

Yeah. Actually, I think more and more people from my hometown are moving to Kyiv because it’s closer to Europe and Poland. But Russia didn’t say anything. They were just present at the border. Nothing more. It’s the same with Ukraine. They didn’t want to create panic. They say everything is ok. It mainly is news from Europe, the UK, or the US, which tends to create panic. I think they can’t know about everything. Biden again said that Russia will invade Ukraine in a few days. I don’t know. We are just waiting. The situation is ok right now. But everyone is speaking about it and some people are moving because they are scared. Some of my friends went to Italy, Germany, or elsewhere where they have connections.

It’s kind of a crazy thing. I don’t know the feeling, that you are talking about. The pressure. But I can really imagine it. There is no certainty. You don’t really know what’s going to happen.

In the end, I hope nothing will happen.

Check back in tomorrow to hear from Kirill Korobkov from mother Russia.

*Afterward, we also briefly spoke to the photographer for this piece Daniel Vaysberg who has family in Ukraine and he echoed many of the same sentiments Sasha did. Our thoughts go out to all involved during these trying times.

*This interview was conducted on Friday 18.02.2022, so at this current time, it might not be a 100% accurate reflection on the current situation on the ground.