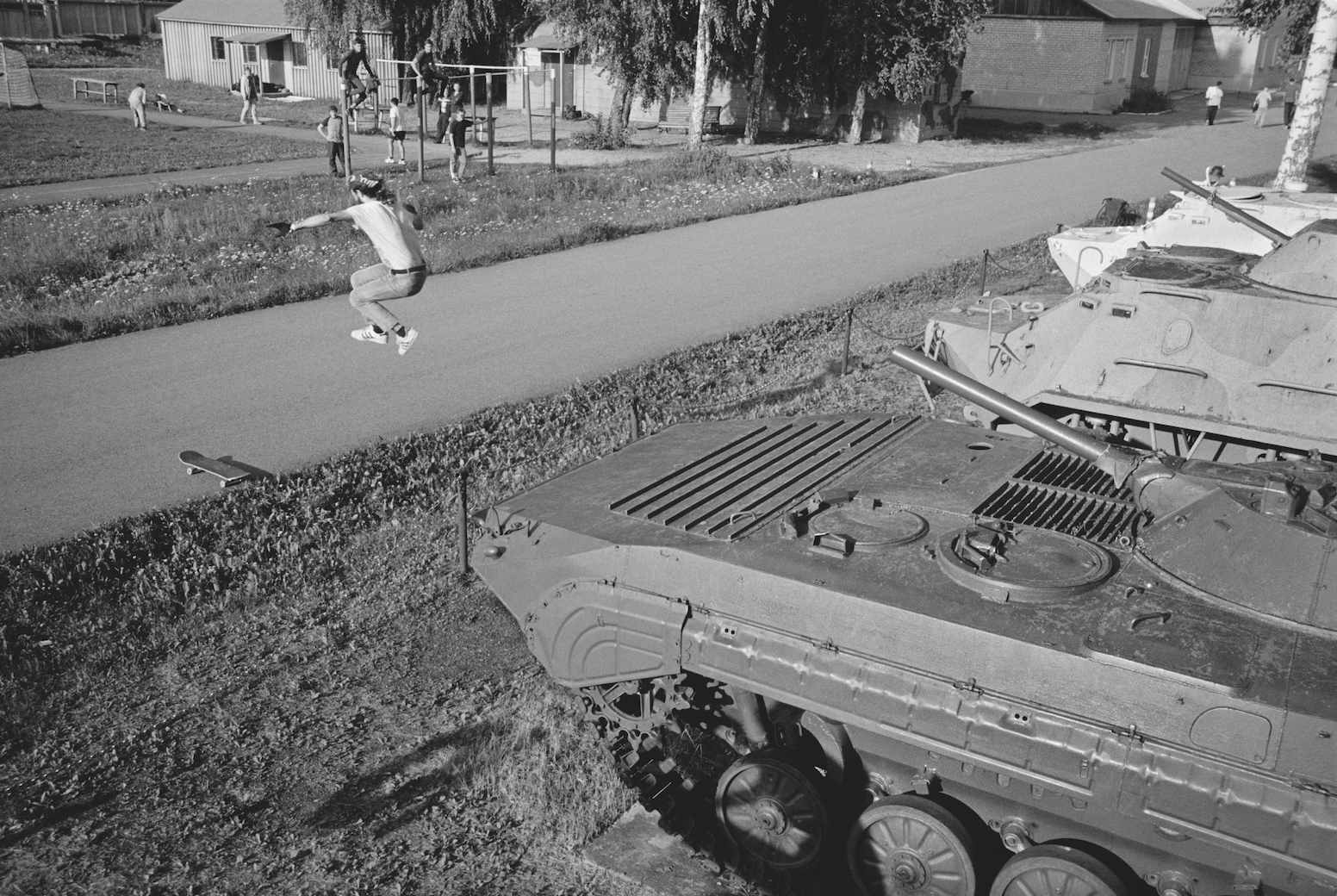 Hello and welcome back to our Long Read Series What’s going on in Ukraine?, yesterday we talked to Ukraine’s own Sasha Groshevoy about what it is like on the ground in Kharkiv. Since then much has happened, from an emotional press conference by Russian statesman Vladimir Putin to Russia’s recognition of the Luhansk & Donetsk provinces as independent republics and finally the moving in of Russian troops into those two republics. After our post, a lot of responses of support have come in and a possible connection to people in these separatist Ukrainian is in the works. A third part of this article is possible though not fully formed at this time. Things on the ground are changing rapidly but what are people in Russia thinking? Are they aware of what the further expansion of the conflict could mean for them? Are we in the western world ready to accept the new realities that could arise from an all-out war on European soil? Those questions remain hard to answer, but for your and our sake we decided to check in with Kirill Korobkov, a Russian man living in Moscow but more than that a citizen of the world. Kirill has traveled the globe, from his early days with Van Wastell and Kenny Reed and still, now he wrote this to us from Pakistan. His view is not a one-dimensional one, and he has friends all over. So in times like these, we feel it is important to hear from people rooted in the places involved and see what is happening on the ground. Before we start, it is important to note that we believe it is a trying time for people on all sides and our thoughts go out to all current and future victims this conflict will make.

*Kirill asked us to include this disclaimer before you read his response: The opinions expressed below are solely my own. Like any person, I might be wrong but this is how I see the situation.

Hello Kirill, how are you? We did an interview with Sasha and I contacted you to ask, how has the news coverage about the situation in Ukraine been in Russia, has it been so focused on war?

The official Russian media covers the potential war as “A result of unfriendly actions by the USA and NATO countries, who are trying to drive a wedge between old neighbors, Russian and Ukraine.” For me personally, the whole thing reminds me of George Orwell’s anti-utopia “1984” novel. Russian propaganda does its best to confuse people and mispresent things in a fake light (black is white and war is peace). But it’s been like this for many years in Russia so there is no new approach present in the current coverage by the Russian state media. Their angle was made to cover up the recent crisis. The USA and NATO are displayed as the evil that Russia has to oppose by all possible means and the members of the Ukrainian government are puppets in the hands of America. I see the situation very differently. It wasn’t Ukraine who took over Crimea, it wasn’t Ukraine that started the conflict in South-East Ukraine, it wasn’t Ukraine who got together 100k troops on the border with Russia, it wasn’t Ukraine who violated the international treaty (The Budapest memorandum). According to what I can see, it was Russia, and they are a way bigger threat to Ukraine than it is the other way around. Ukrainian interest in joining NATO seems to be very logical to me because NATO is the only alternative power that can protect them from Russian aggression. Still, I don’t think that NATO will take the risk to include Ukraine any time soon because of the possibility of a conflict with Russia. Only a couple of months ago I thought there was no way towards a direct Russia-Ukrainian war. And even now, I still hope that there will be no war, but I am not going to exclude any possible scenario. I think Putin enjoys this current situation of having Ukraine under mad pressure. For the first time since the taking over of Crimea in 2014, he has had this many direct contacts and visits from and with the top leaders of the Western World. People like President Joe Biden, France’s Emmanuel Macron & Olaf Scholz. He managed to use this situation to break the Russian international isolation.

It’s easy to start a new war but it’s very difficult to finish it.

Interesting, I am wondering though, are people talking about this on the street (amongst your friends)?

I am happy to say that the absolute majority of people around me are against a new war. What I find interesting is that even those who liked/supported the take over of Crimea in 2014 are mostly against this threat of full-on war right now. It’s pretty obvious to understand that such a war will lead to new anti-Russian sanctions that will be on another level when it comes to toughness. This will mean that the Russian economy will most likely suffer the biggest crises in modern history, and that will lead to a very serious decline in living standards. The Russian Ruble and most Russian stocks will end up at the very bottom of the index. And besides the damage it does to our economy, the act of starting a war is a terrible thing to be responsible for. Also, the Ukrainian army is probably stronger now than it was in 2014 with all the experience they have had over these past 8 years.

Since the start of the conflict in 2014, the people of Ukraine have got to see what kind of regimes the “other side” currently has in the Donezk and Lugansk People’s Republic. I am sure they will try to do their best to protect Ukraine. I feel like educated and intelligent people are definitely worried but everyone understands the decisions on this level are made in the Kremlin and the Kremlin is not going to ask the population of our country what they should do. After last year’s protests against the government, it’s almost impossible to currently do mass protests in Russia because of the recent tightening of the screws.

How do you feel about what happened before in 2014, like the annexation of Crimea?

I personally didn’t support this whole Crimean case. For me, it felt like we stole a neighbor’s bicycle when his house was already on fire. Even though there was a referendum, even though the population of Crimea tended to lean towards reuniting with Russia, that aftertaste of what went down there is wrong. For me personally, it was easier to go to Crimea when it was part of Ukraine. I could just get the tickets and go. Now I need to keep in mind that if Ukraine finds out that I was in Crimea I’ll be banned from Ukraine. Also, because of the sanctions, a lot of international services don’t work on the island. For instance, It’s complicated to use Visa and Mastercard and there is a lack of competition in the holiday resort industry. This results in higher prices and a lower level of service. After the annexation in 2014, Russia did invest a lot in the improvement of the cities and infrastructure on the island but the Crimean people are still stuck somewhere in between all of this mess.

How do you currently see the situation on the ground? Sasha told me they are trying to still live their life and not focus on possible danger, ignoring the messages by western media who are really going in on the war angle.

I feel like we all are in a very dangerous zone. With all the pressure around this situation, a small false step from one or the other side can lead it to spin out of control. I am worried about the Russian military exercises in that region, but I also don’t get the hypertrophied hysteria in the international press. I think Bloomberg at one point even ran the “Russia invades Ukraine” headline on its website as a result of a mistake. But these types of mistakes can prove to be very fatal. It’s easy to start a new war but it’s very difficult to finish it. The situation requires a responsible approach from all sides.

I have no idea what is going to happen, all these politicians are going crazy, Russian, Ukrainian, American! There is also NATO on the border with Russia. Honestly, they all can fuck themselves, there are normal people living in Ukraine and Russia, people that don’t want to have to live through a war. Who or what to trust? All the news is fake AF (laughs) nobody knows the real situation on the ground.

I see a lot of Russian people speaking out, saying stuff like this is not a Russian war this is a Putin war. At the same time, you also see a lot of people saying Ukraine simply is and always has been a part of Russia. How do you feel about that?

I know many Russian citizens who want to see Russia as the epicenter of the ex-Soviet part of the world or even the whole Eastern Slavic world. I would like to see my country being attractive to our neighbors due to our high standards of life, comfortable living conditions in cities and in the countryside. I would like us to be known for fair police, reasonable laws, scientific achievements, our contributions to modern medicine all around the world. I would like to see the cooperation between different nationalities and religions, voluntarily, not because of the weapons we aim at our neighbors that in the end, threaten the whole continent. Violence and weapons will not make you look good in the eyes of others.

Kirill thank you so much for taking your time to do this, any last words?

People should bomb hills, not countries!