One day before the Street League event in Munich, I had the chance to meet Sean Malto for a quick interview in the relaxed atmosphere of the SHRN store’s backyard. Among other things we especially talked about his recovery, his friendship to Mike Mo, and also the rumors that he is off Girl. Sean is a really nice guy and it is good to see him being back with such a confidence! I read about that you traveled a lot during the time you were injured. How was it like to experience other countries without being able to skate?

Yeah, well, when I did get hurt and get surgery and was forced to not skate I did not want to stop traveling. You know, I love traveling. Obviously, I love traveling for skating but if I couldn’t skate like of course I want to go hang with my friends. I don’t want to be like cooped up in a house. I’d loose my mind. So yeah, I did ended up going to went on a Europe trip through a few different cities in Germany and then I went to Australia, too, for like two weeks. Then I ended up going to Spain for only a few days but all those trips just like made the time go by a little faster. You know, in my head I was like “come I just wanna go hang with my friends, this gonna be sick to go travel” and when I got there I just got frustrated that I can’t skate. You know, because for us the quality of a city is based on how good the skate spots are. But yeah, it is still cool to see other sides of a city besides the best handrail it can offer or ledge spots and stuff. It was cool like to visit restaurants and see shops and being just like an average tourist.

So you mostly followed your friends on their tours or did you also travel alone?

Basically just followed them on tours, yeah, whatever they did. I did not go on a lot personal trips because I just tried to surround my self with people. 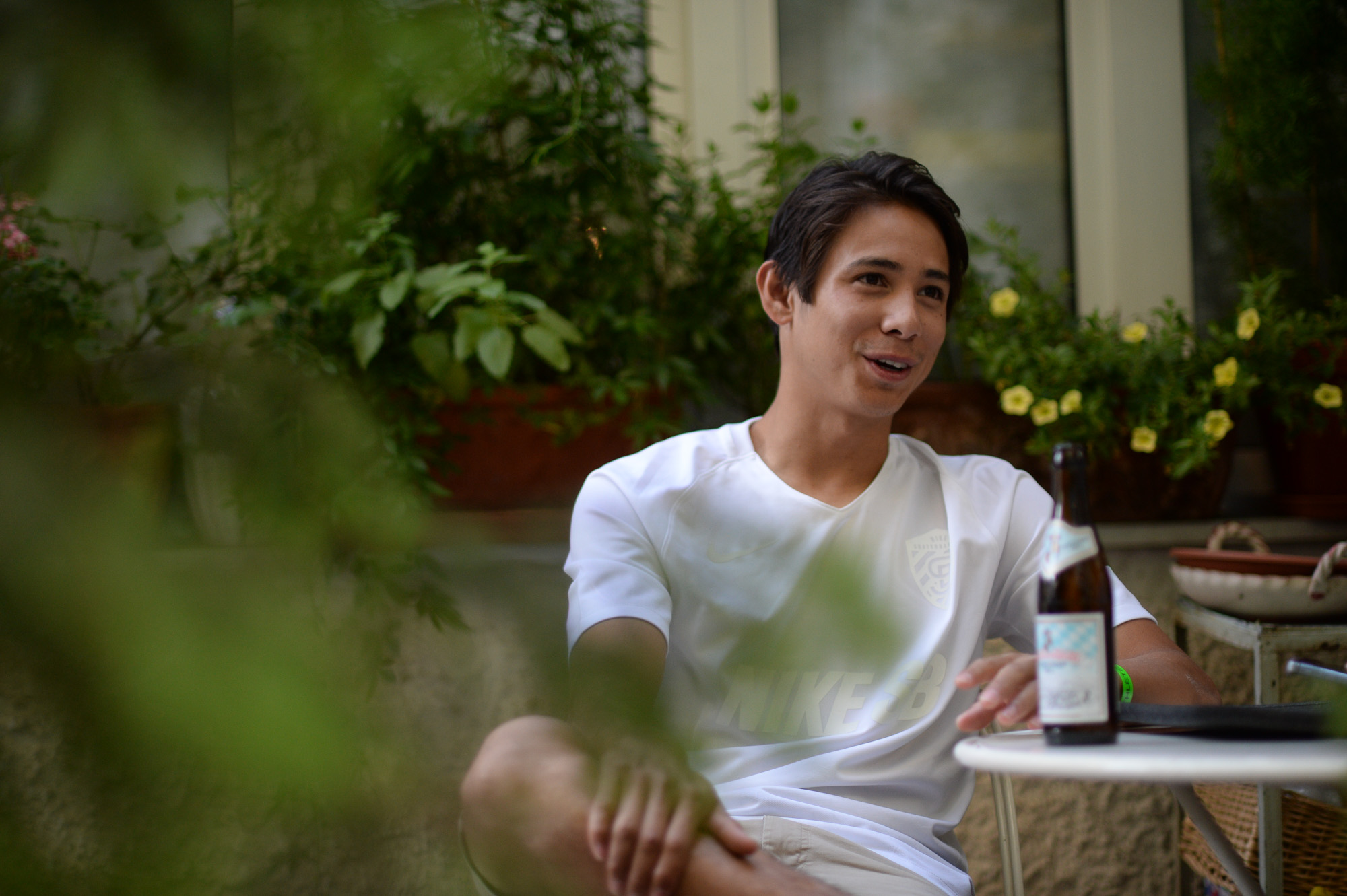 As you said you visited a couple cities in Germany, is there something you particularly enjoy to look back upon?

Oh yeah, I had a lot of really great experiences in Germany! I drove a Porsche on the “Autobahn”! That was amazing! I think that maybe was in Stuttgart years ago on a Girl trip when we were filming for Pretty Sweet. The distributor hooked up three Porsches and we took them to the “Autobahn” and could go as fast as we wanted. That was insane! That is really one that sticks out in my mind just from any trip.

You know Denny Pham right? Do you know he is sometimes called the German Sean Malto? What do you think about this?

Oh, I did not know this! Hey, I am honored because I love his skating and I think he is an awesome dude, very talented. That’s really funny because I went to Thailand with him and been on countless Nike trips with him… Yeah cool, I am totally fine with that comparison!

Ah, yeah! He just told me the story how you met in Thailand!

Yeah, this was probably three or four years ago. I was in India for two weeks with Mark Suciu, Partik Wallner and Sebo Walker. The trip was coming to an end but we all were kind of like “let’s go to Thailand” because it is just close and we could hang out and skate there a little more. So we went out there and met up with Denny and just had a good time. 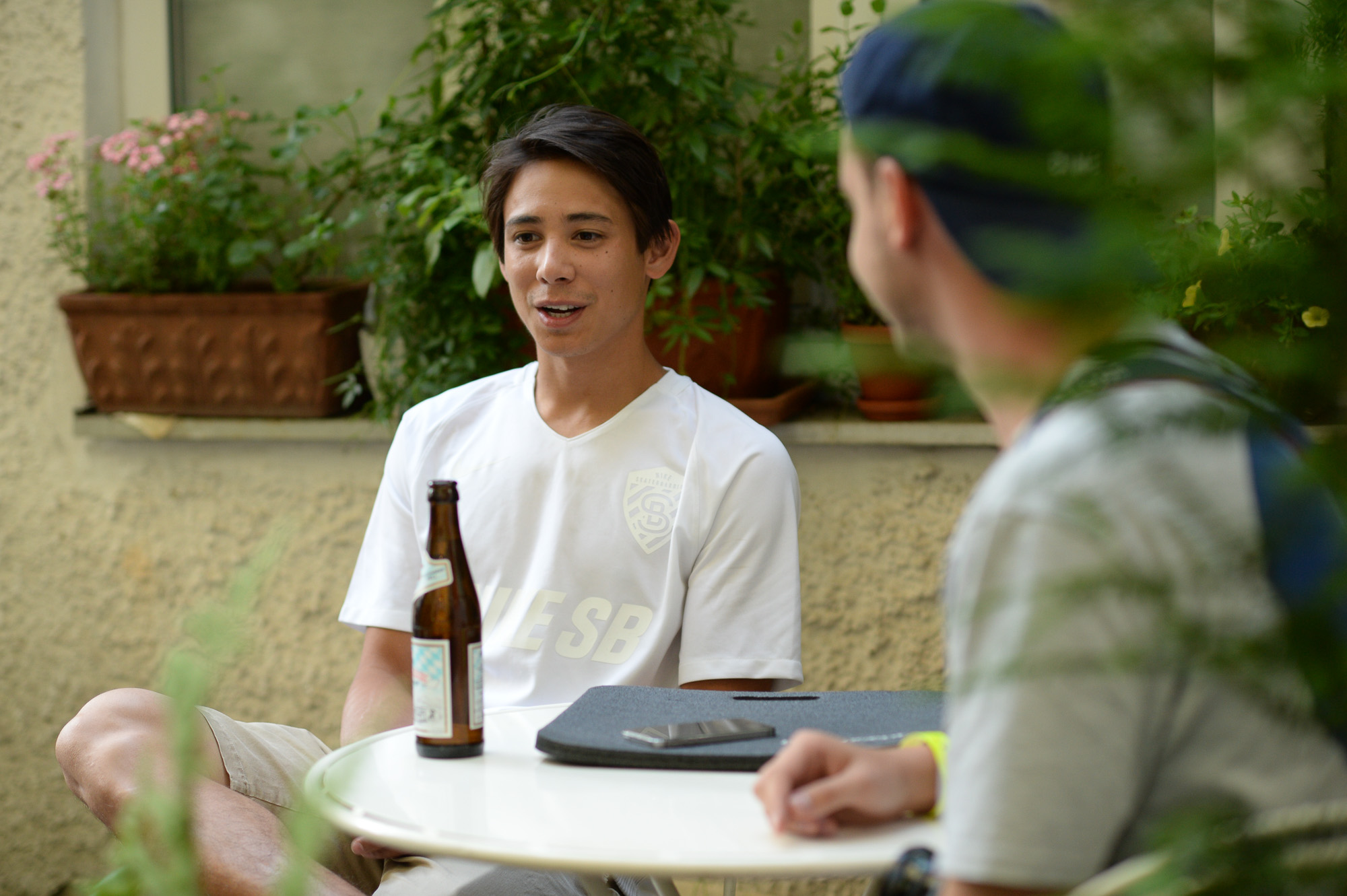 Talking about friends of yours. I know you and Mike Mo have been close friends since you both got on Girl and now you both went through very bad injuries. He probably was hit even harder than you were. So are you both still in contact with each other? I am asking because Mike Mo is not able to really go skate I think but you are?

Well, obviously, you know, our friendship goes beyond skateboarding. I talk to him once a week at least and I still see him as often as possible. He is my best friend and so I check upon him and always talk to him but it does suck because he was my road dawg like we traveled a lot together and me and him roomed together every trip. So not having my roommate there and not having my skate buddy is sad. But, you know, his health is getting better. He is progressing and hopefully he’ll be back to is original self very soon, which I am excited about. There are just a couple little things but once they are healed up he gonna be 100 percent. It’s gonna be awesome because he definitely is one of my favorite skaters as well.

Good to hear that! How about you? How is your recovery going?

Oh, my recovery is good! You know, I think healthwise I am 100 percent but mentally I am still like… You know, there are things that scare me that probably wouldn’t scare me before. I am a little like worried when it come to dangerous situations in skating but my health feels good, my ankle feels good… So it is just skating, you know, pushing myself to get rid off this mentally. I ate a lot of shit. I fall a lot. Knock my teeth out, broke my collarbone a couple times, had knee surgery… But whatever, that is skateboarding. 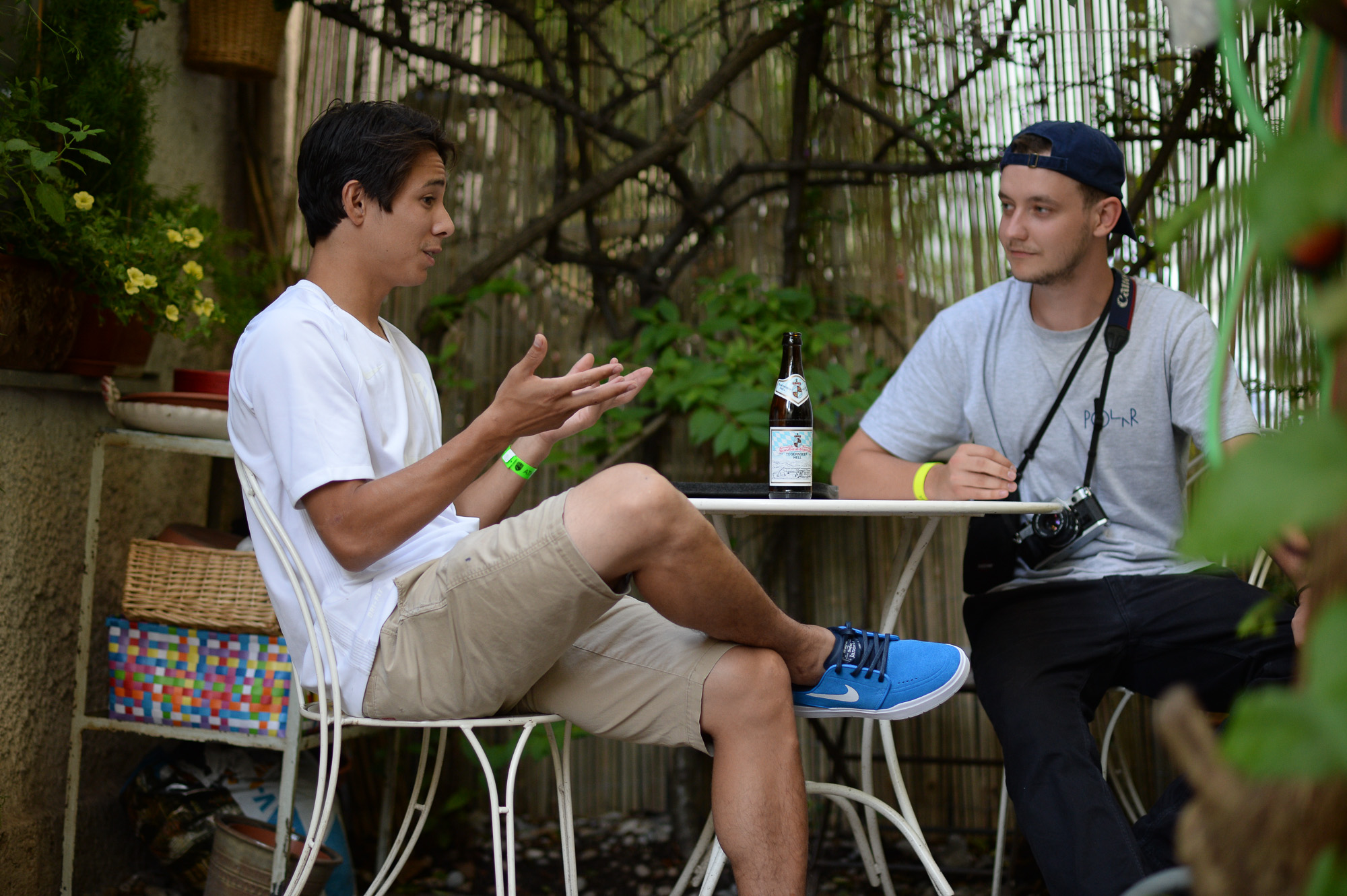 You know that there are rumors about you being off Girl?

Yeah, I just found that out! I think it is really funny because I went on a trip with just some of my friends that are just on other companies but I just want to hang out with them and that kind of led to these rumors. All I can say is, that I am still very much in love with Girl and I am very satisfied with where I am. So I don’t have any complains. See me at the park tomorrow and I’ll show off my Girl board as always!

Well, last but not least, as you are next to Karsten Kleppan and Stefan Janoski himself the face of the recent Nike SB Janoski Hyperfell campaign, how much have you been involved in the developing process of the shoe?

Well, obviously Nike always tries to listen to the voice of the athlete. They do this in every category and so with skateboarding it is the same thing. You know, we have a good dialog with the designers and we are always talking about how to keep progressing and making awesome shoes that look cool and perform well. So the Hyperfeel is just one of those things that kind of came together perfectly. It’s cool that it feels like a slip-on but it has the protection of a normal shoe. That is what I like about it the most!

So thanks for the interview, I wish you all the best for the Street League event tomorrow and have a good time in Munich!

I have to say thank you! And, yeah, see you tomorrow! 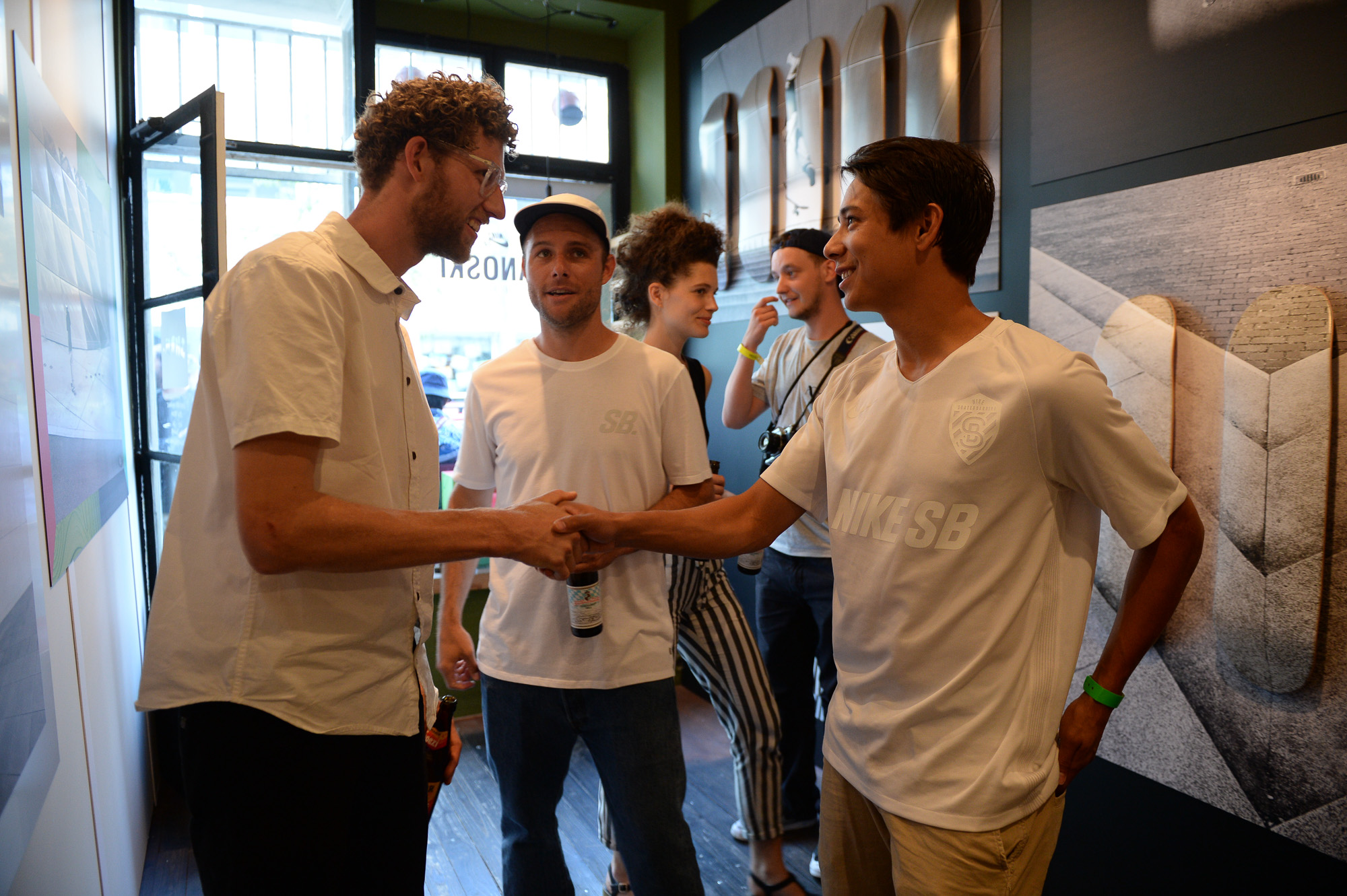