Every era in skateboarding has its place; a certain location where it all flows together and legendary stories are born, classic chapters of skateboard history are written. In the banking metropolis known as Frankfurt, Germany, that location is the legendary Hauptwache spot, right in the heart of town. Ever since the early 1990s, the Hauptwache, once called Schillerplatz, made a name as one of the most famous plazas for skateboarding in Germany. Countless international pro teams came through and skated memorable demos on the marble stairs and planters; most famously the then newly-formed Girl Skateboards team in early 1994; or the DC Shoes “Super Tour” team in 1998. But none of this would have happened without the locals, who claimed the plaza for skateboarders – it mostly belonged to the drug dealers, you know – and threw down their own bag of tricks on a daily basis. 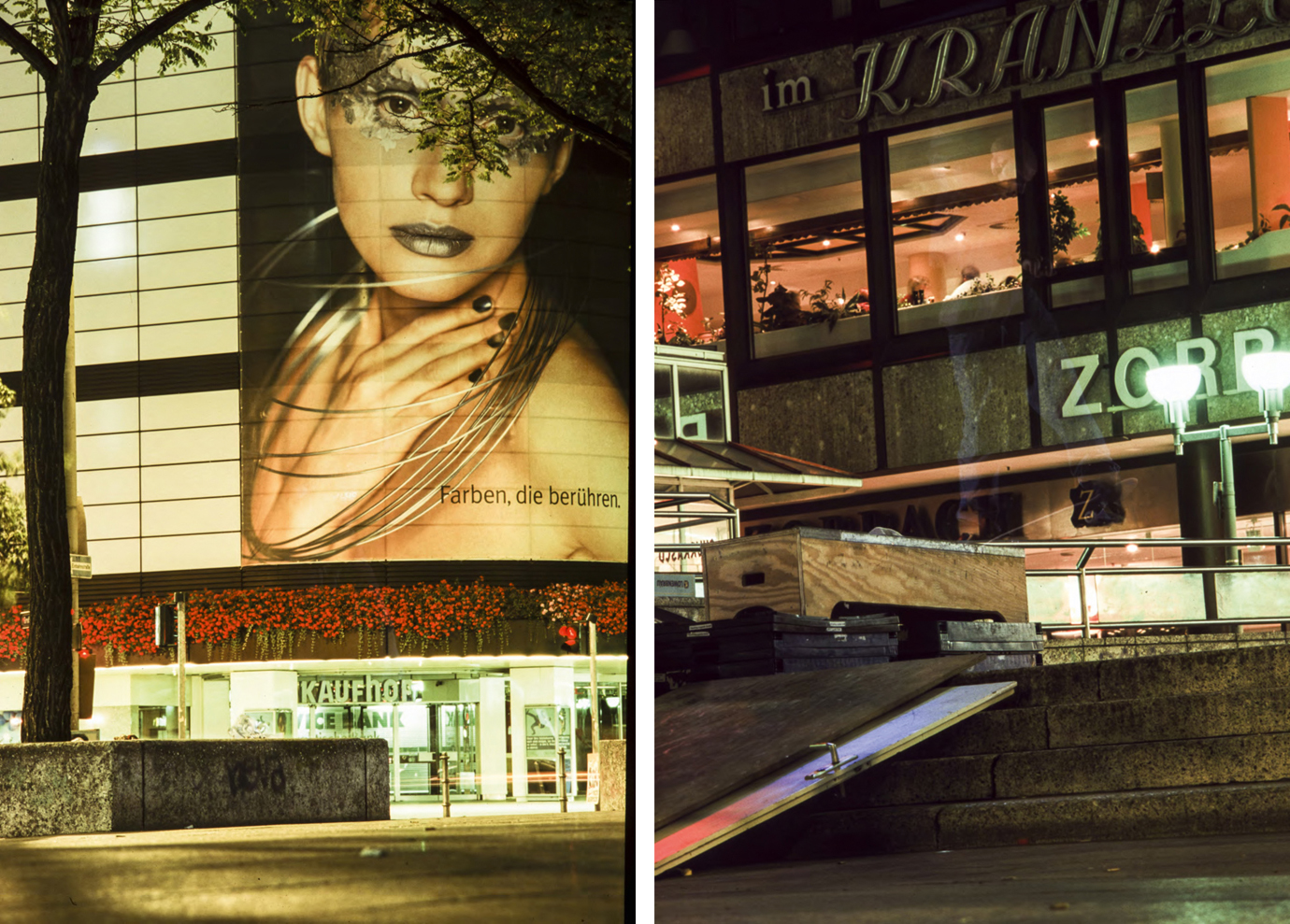 In the spirit of respecting the past and the people who made it happen, Bonkers Skateshop in Frankfurt staged a retrospective exhibition about the glory days of the Hauptwache, which also was a very important time in German street skateboarding. The mid-1990s marked a period of change, freedom and novelties in skateboarding as a whole, and a lot of it went undocumented. Imagine a time where there was literally no one with a “smart phone” – or even a mobile phone – or just a decent camera to point at the skaters. Most things happened without keeping records. You could have witnessed something with your own eyes for the first and also last time. Only on very few occasions someone actually brought a camera to Hauptwache – always at a risk of getting it stolen – and we can be very happy about that. The “Hauptsache Hauptwache” exhibition is a documentary about one of the most progressive eras in the history of German skateboarding, and one of the main spots where it all went down. Turn your pages to 1995. 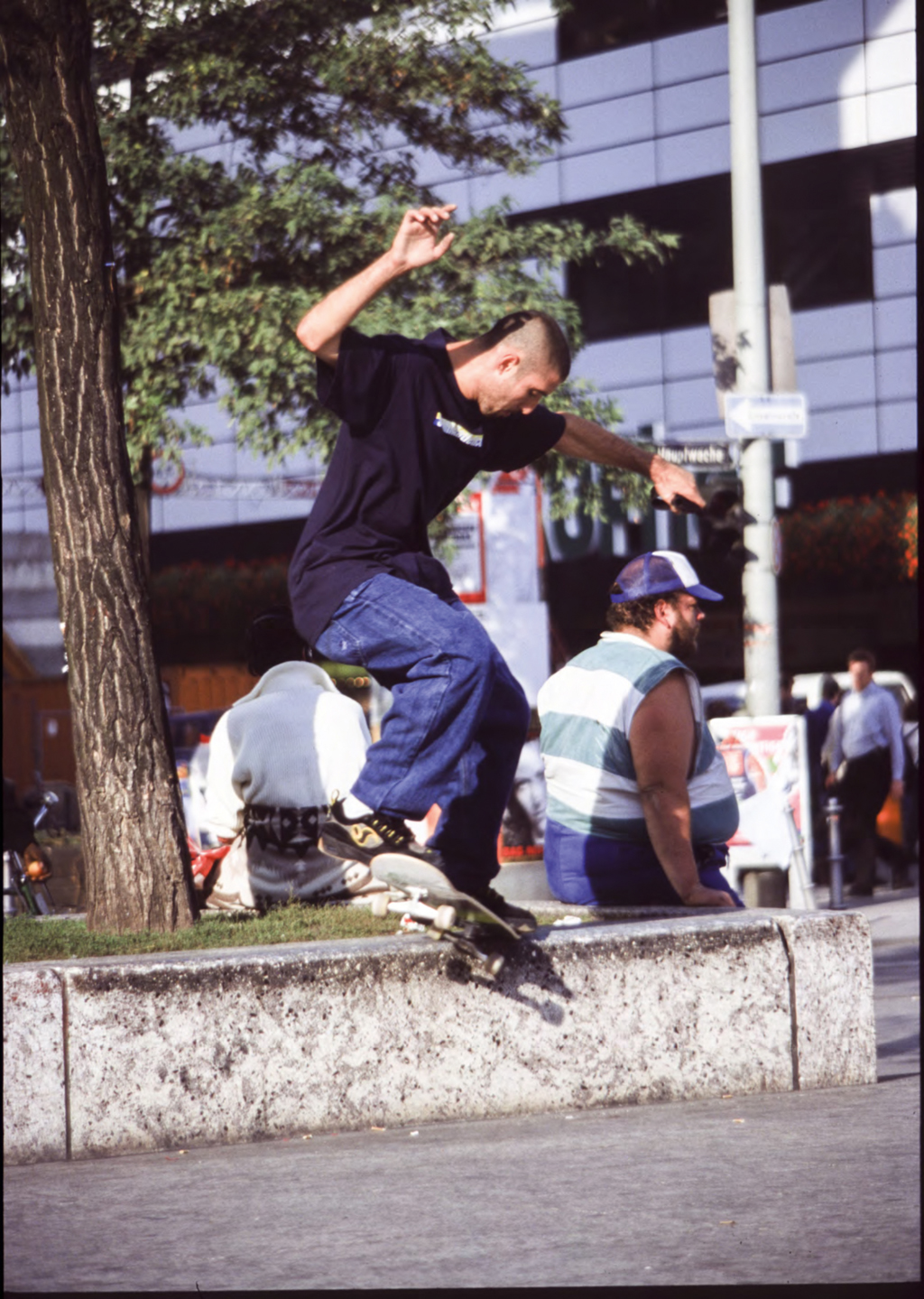 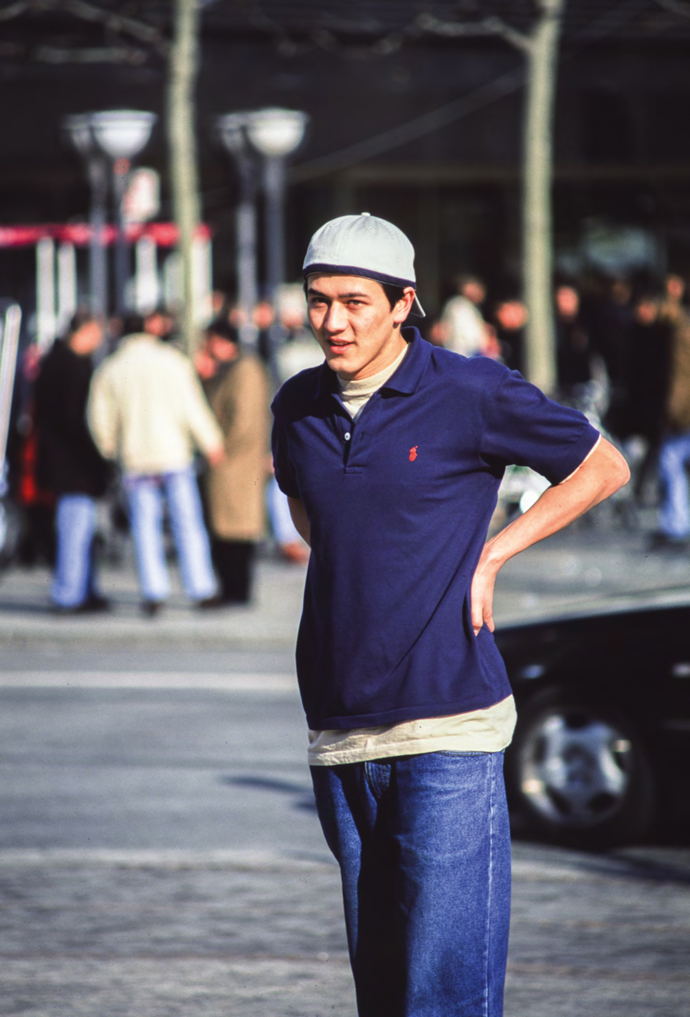 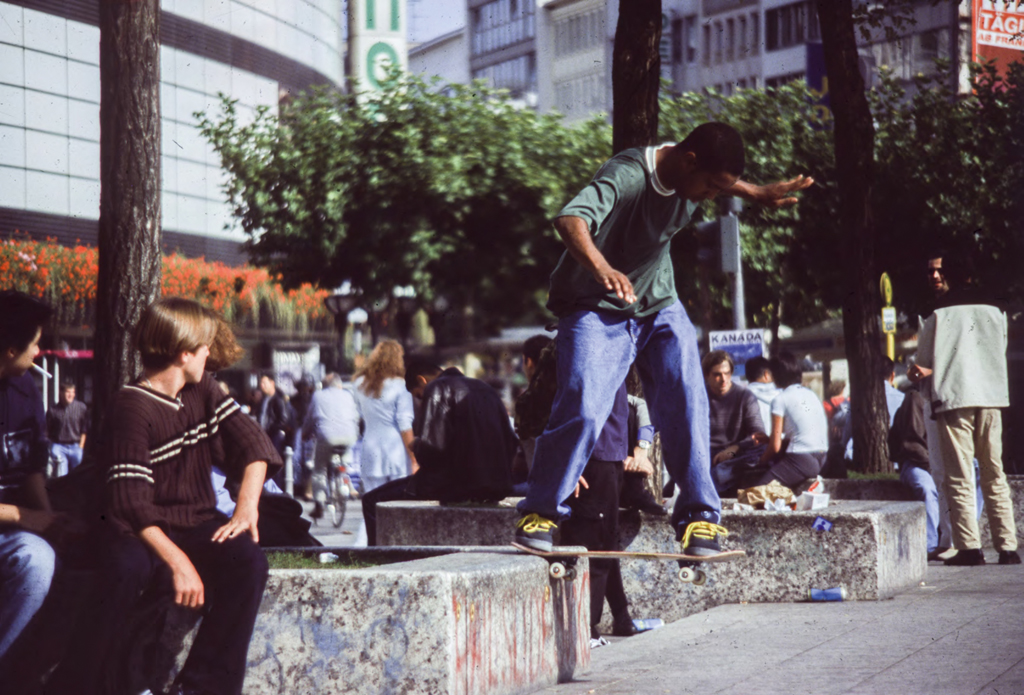 Frankfurt am Main 1995. It was the year when crack cocaine flooded downtown Frankfurt. Regardless, skaters Pablo, Schwarzi, Attila and the rest of the HWC Clan (short for Hauptwache) continued to meet up every afternoon at Hauptwache. Keep in mind that this was without calling or texting every five minutes about meeting up, where people are at, and so on, since there were no flat rates and smartphones and all that. Most of the time, we would have found out that the plaza is too busy to skate anyways, filled with pedestrians and “Crackies” (crack addicts) as well as the gangs of Moroccans and Algerians who had divided the plaza between one another as their territory for slinging dope of all kinds. 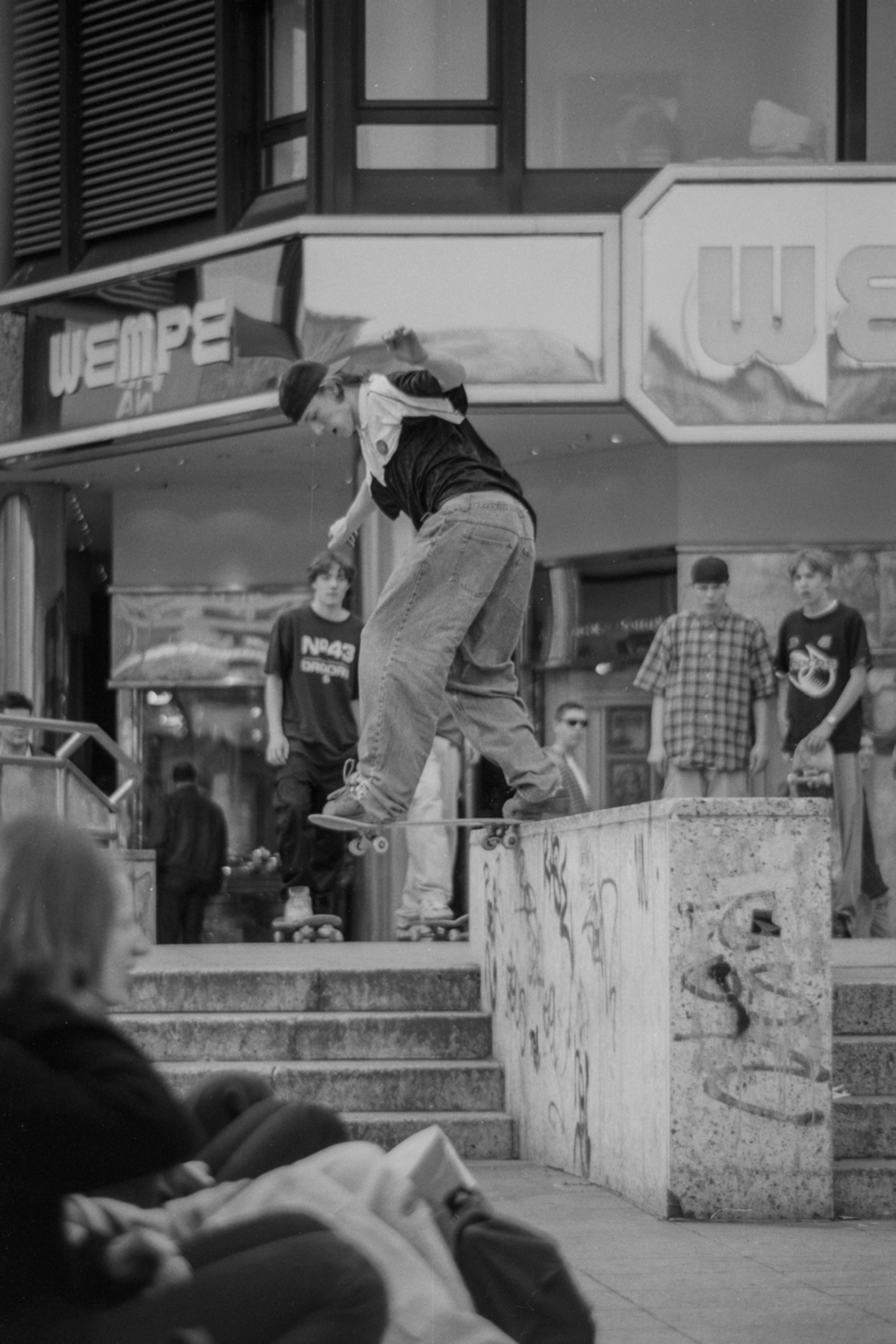 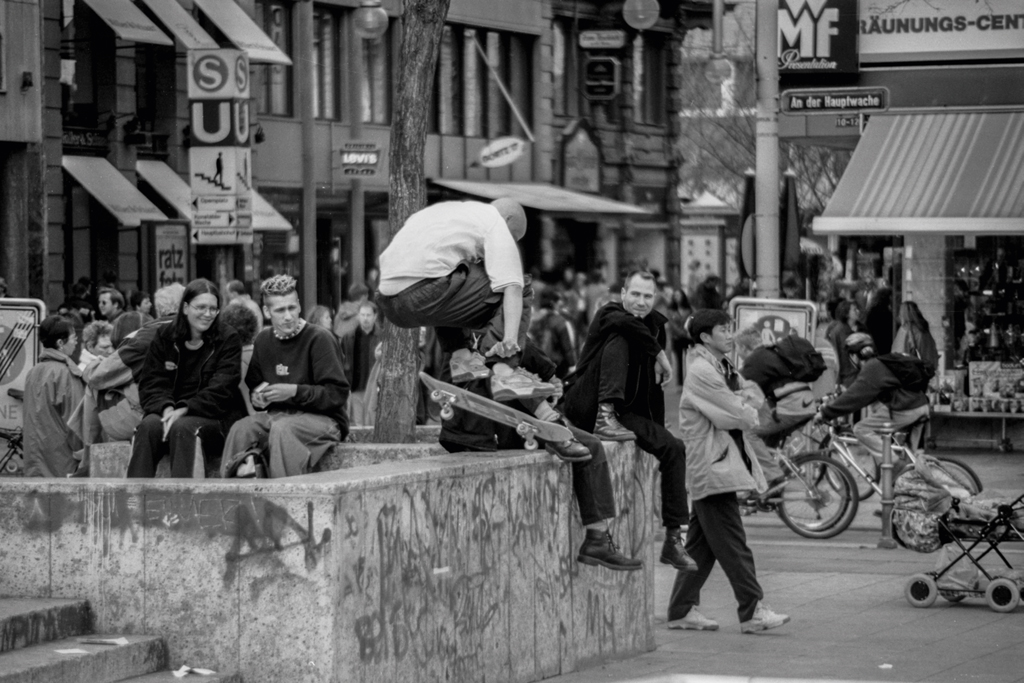 So we would meet up at Hauptwache to come up with a plan: Where to go? Which spots to hit? Bockenheim, RTL Building, Banking District or Hofheim court house? More locals would keep trickling in, Massimo would say that Daniele was also on his way, so we had to wait. And once Daniele rolled in, Milhay had also announced he would be coming. So more waiting! Alright, and the Hauptwache was the perfect waiting spot. On many days we ended up waiting there all day, chilling and playing soccer with the Moroccans, waiting for the sun to finally go down and temperatures to finally drop and all the pedestrians to bugger off into their quaint little suburb homes where they’re sheltered from the rest of the world. That was when the Hauptwache plaza finally belonged only to us skateboarders and the Arabs. Skate or Die! HWC 4ever!
Maybe some day I will share some short stories about the Hauptwache. Perhaps about that time this guy jumped off a roof. Or when there was a sniper on top of the Nassauische Bank building. Or that one about when the jeweler on the Hauptwache square was robbed. Just wait and see… Until then… 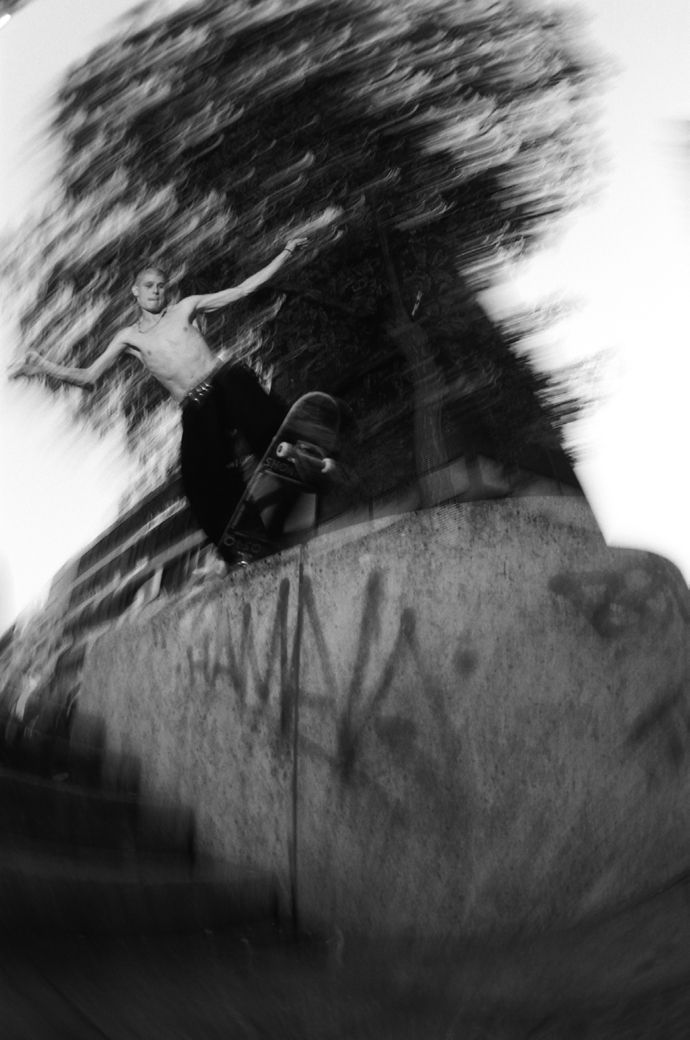 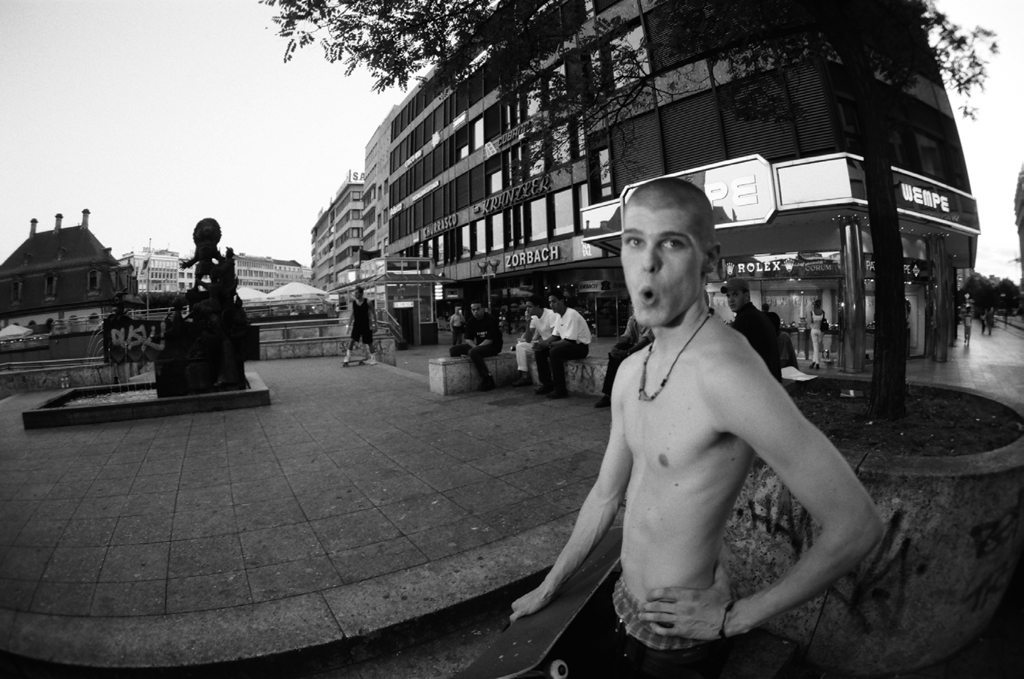