There’s no denying that Lucien Clarke has been killing it for quite some time now. Even as a young upcoming amateur, the Jamaican-born resident of London, England, turned heads with his effortless style and fresh bag of tricks. And he still keeps it fresh as a pro rider for marquee brands such as Palace, Supra and Supreme; and also finds the time to model the latest gear in lookbooks for international streetwear phenomenon Supreme. With Lucien’s Supra X PWBC collabo shoe freshly dropped, we managed to catch up with him at a quiet moment.

Let me ask you the most important thing first: When was the last time you kicked it with T.W. (Tommy Wright the III)?

Now that that is out of the way, I want to know what the connection is between you and Johnny Clarke the Jamaican Reggae legend. Why did you put him on your first pro board?

There is no real family connection or anything. I mean obviously we share the same last name and the Jamaican roots, but other than that I just love his music and wanted to pay homage to him. Those references are important to me, I like to bring things together. 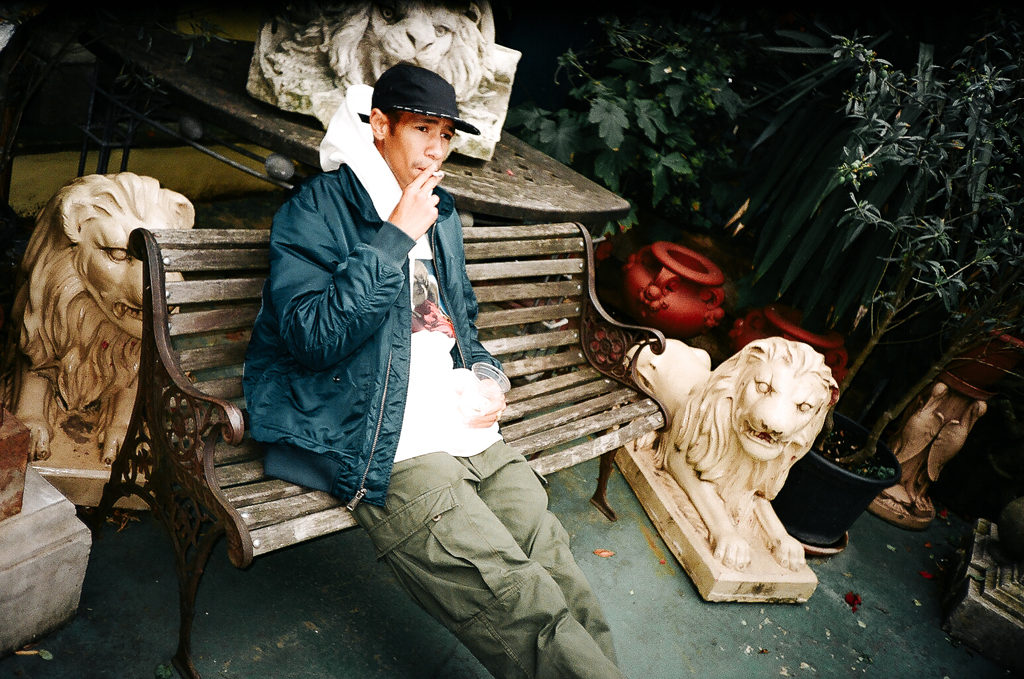 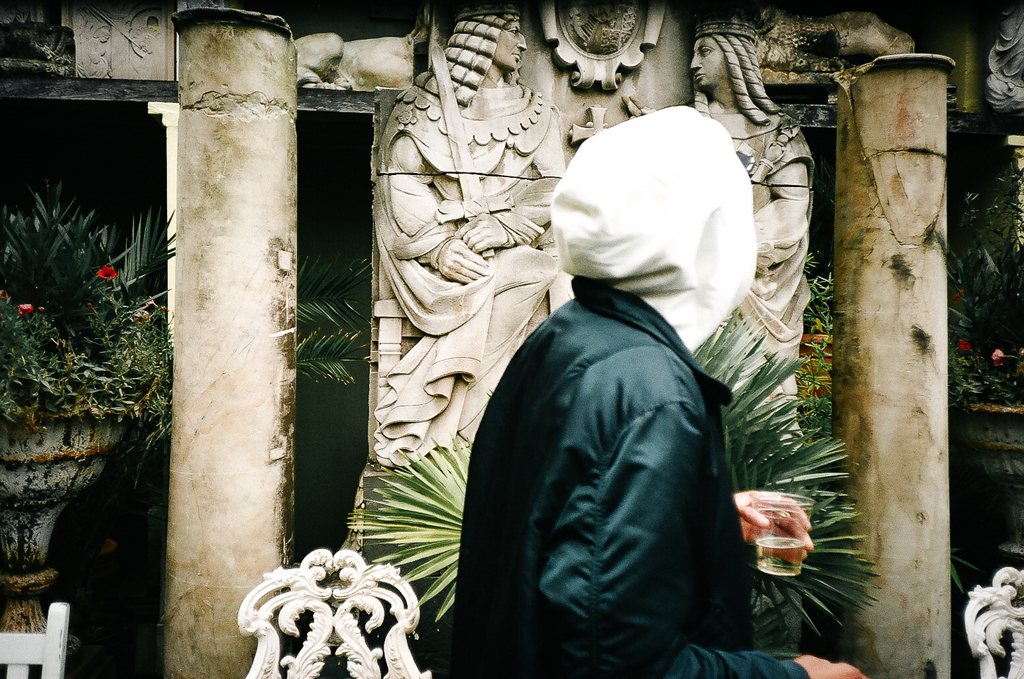 In a sense you are doing that with the new Quattro shoe connecting the PWBC and Supra under your name.

Yeah, I got to be quite involved in the design process. I picked the colors and the materials: soft suede, 3M, and some other see-through materials. I like how they came out and I’ve been skating them for about a month which is a long time for me.
As soon as Supra told me I was getting a colorway, I thought it would be a great opportunity to get all my friends together to do something. Benny and Brady both had PWBC collabos with adidas and Lakai, and I thought that was sick. It worked out well with Snowy and [James] Edson doing a retrospective of the PWBC at 71a Gallery.

You’ve been quite loyal to your sponsors as well over the years.

Before Palace I was skating for Element Europe, but I got booted of the team right when Lev started Palace. Lev saw a lot of us [PWBC guys] not getting treated right, and he felt like we needed to get the respect that we deserved. He had the idea to start Palace a while before he started the company. Also, Palace started at a time when skateboarding was getting kind of repetitive. Lev just wanted to hook up his friends and make the things we are into. It turned out to be a blessing in disguise.
With DVS [shoes], things where a bit different. They where about to go down and I was wondering what to do. Then Vaughan Baker got a job over at Supra and I’ve always liked the company and the team. So it was a no-brainer.

Is it important for you to skate for a company that does things outside of skating?

Yeah it is, I think it’s important that Supra and Palace do other things. I’m interested in things outside of skating like music and fashion. As far as fashion goes, I like wearing good stuff and I pay attention to what I wear. When I get product I’m carefully picking and coordinating what I wear. Style is so important today.

I want to take you back a bit, can you tell us how you got last part in the “This Time Tomorrow” video?

Chris [Mulhern] came out to London and we just happened to meet him at Southbank. Steph, Rory, and me became good friends with Chris. So after that London trip he asked us to come out to Philadelphia. I’d never been to Philly and we ended up staying for a month. After that we went on a couple of other road trips to New York and Boston and we ended up getting parts. 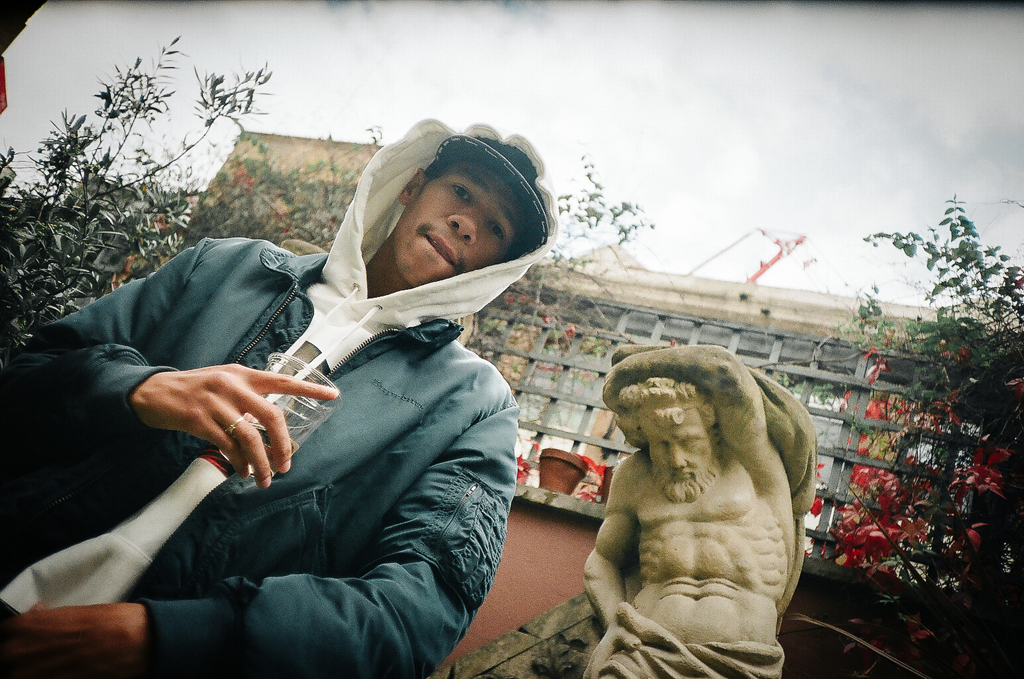 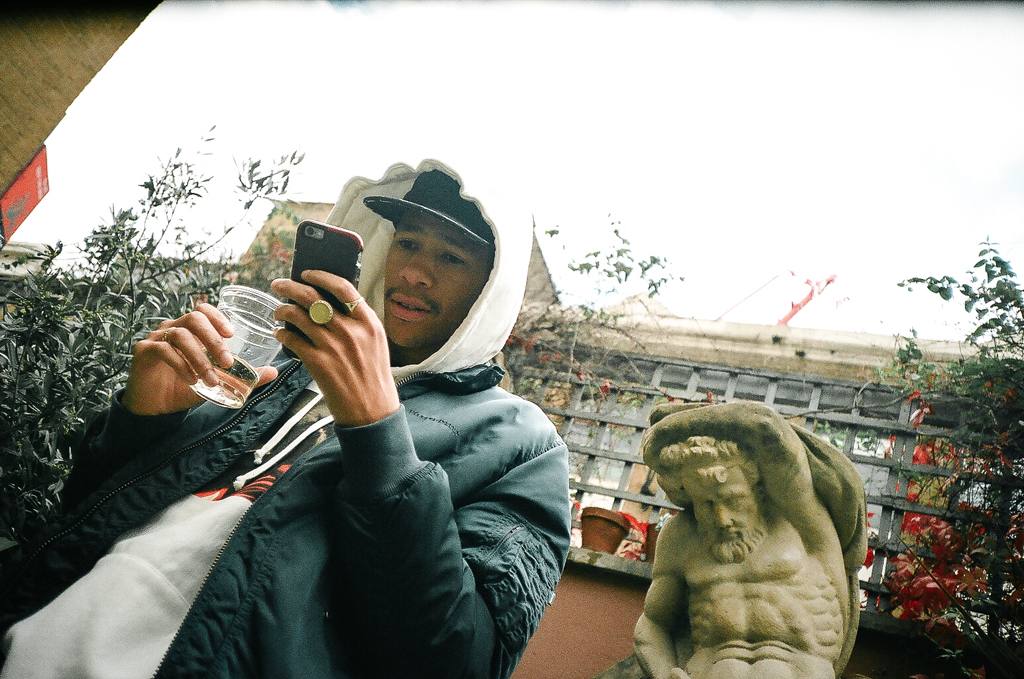 What about the Grime? D Double E from the legendary Newham Generals has featured in some of Palace’s productions.

Grime is just a London thing. The music is really blowing up now. You’ve got some legends like Skepta, Wiley, and the Newham Generals but there are loads of young kids coming up section boys. It’s a really exciting time for Grime music.

Also the slang Grime artist use finds its way into the PWBC news. I remember trying to figure out what a Par was.

You just came back from New York. Do you go back there often?

Well I was born in Jamaica, came to New York when I was 5 years old. I lived there for about six years. Looking back we might have been staying illegally (laughs). Luckily we didn’t get banned for life though! 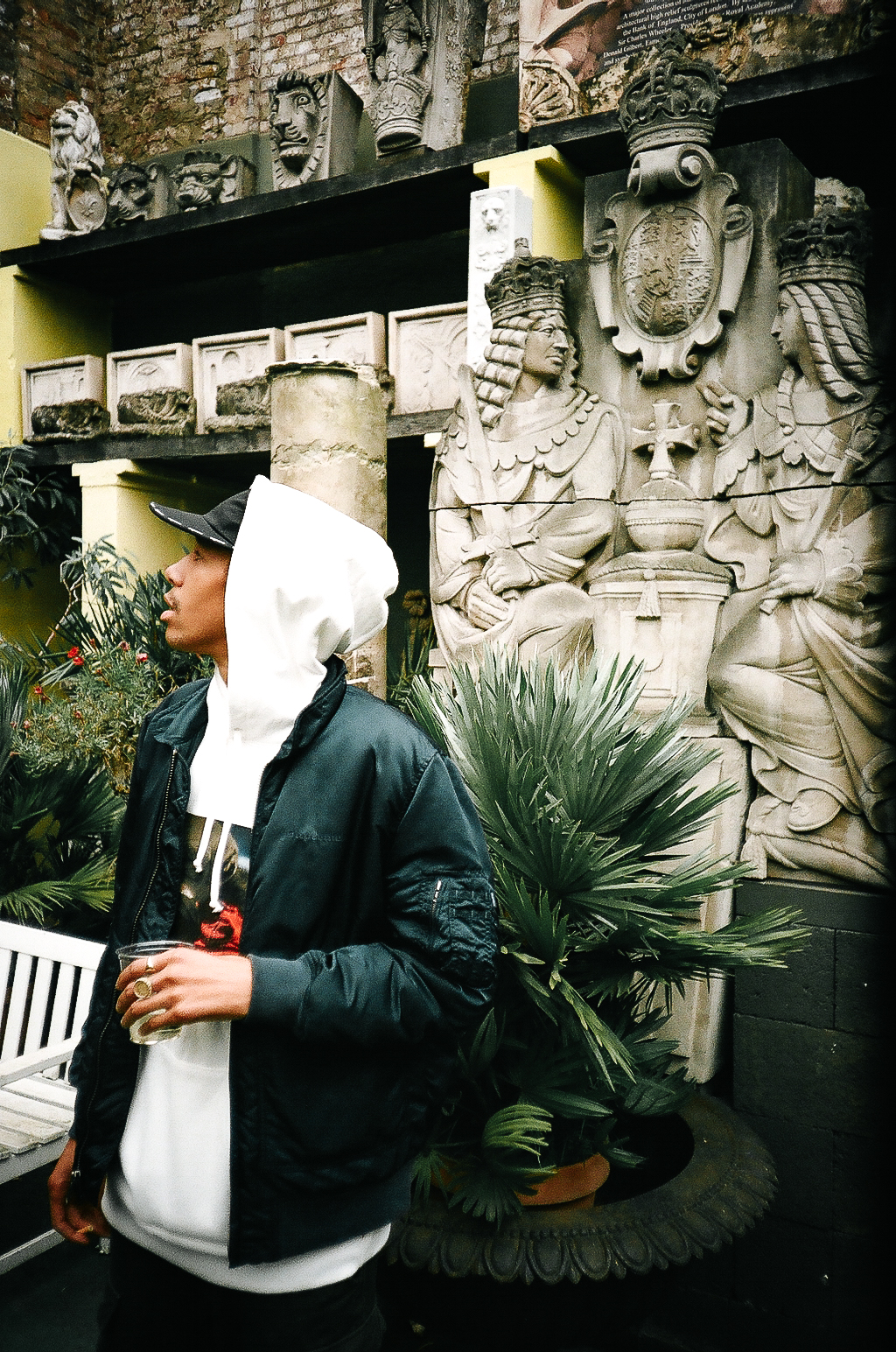 Bronze just put out a board titled “Jamaica.” Did you ever think about going there on a skate trip?

We where thinking about doing a Palace tour to Jamaica. Bring some product for the kids out there, so they can skate. It’s gonna happen, man! I’m planning to go back next year for a family reunion. Most of my family moved to the East Coast of the United States, to cities like Atlanta. But I even have some family living in Canada.

To wrap things up I’ve got some short questions for you. First one is: What’s your favorite track of the new Future & Drake mixtape?

Moving on, what is your favorite word?

There has to be one that really annoys you. “Exaggerate!” I hate that word. “Why are you always over-exaggerating?!”

What kind of job other than your own would you like to do?

I really don’t know, I wanted to be a singer or a rapper when I was young. I had the mic on me all the time. My mom has all these home videos of me at Christmas singing and dancing around. I can’t answer that one, I just don’t know exactly. Something creative though. I’m thinking about doing some new things but I haven’t figured it out yet.

What kind of job would you hate to do?

Thanks for the interview, Lucien. 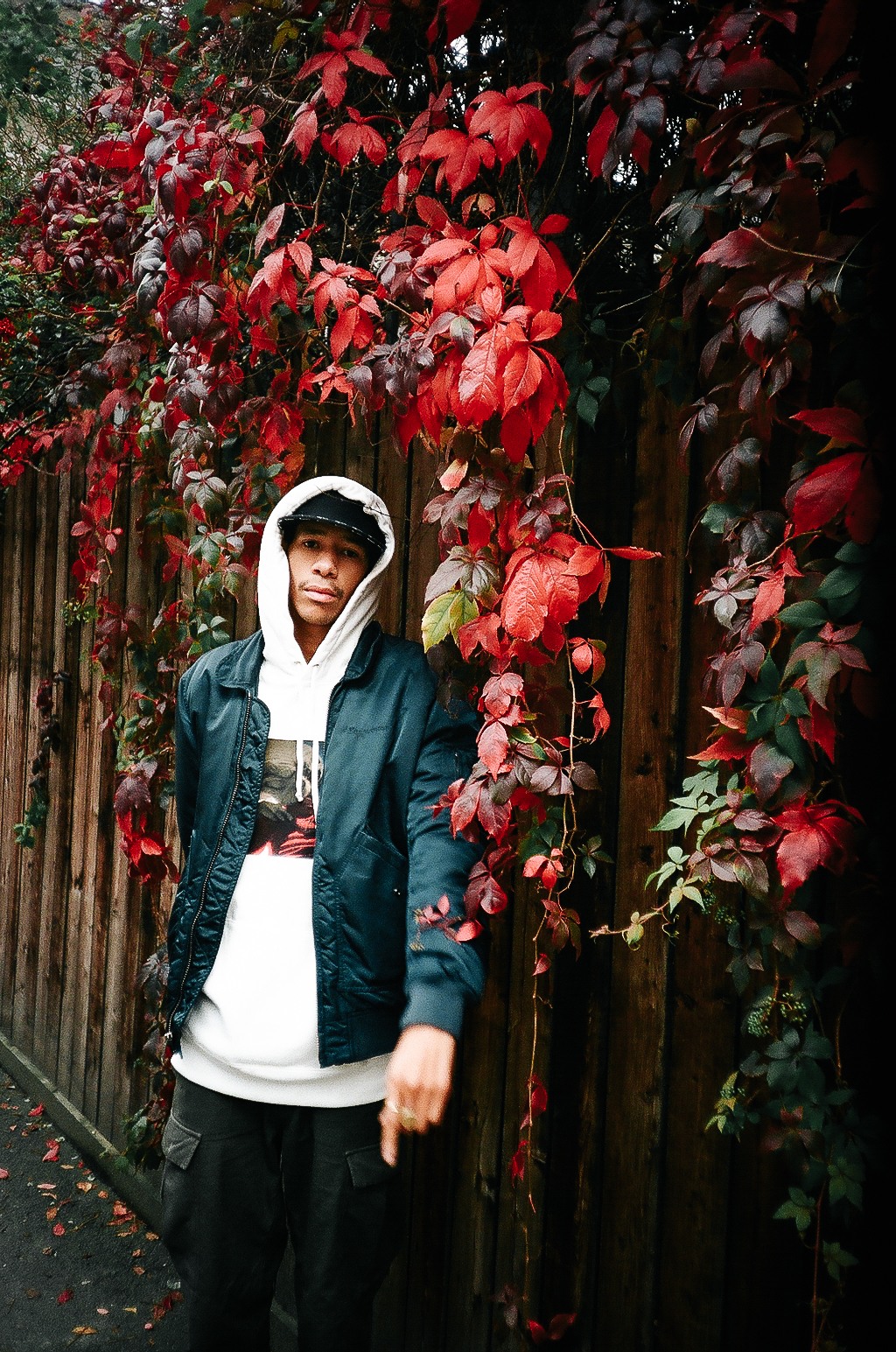