London boy Nick Jensen came to visit our office a few days ago – so we hooked up with him to do a short Four Down – here we go:

Four reasons to start your own company?
• Gap in the market.
• Interested in pushing a certain idea forward.
• Blueprint went so wrong, that’s a massive reason, to do something right.
• Being lucky enough to be in a position to consider artworks that are going forward and being able to have people around you to support it naturally. 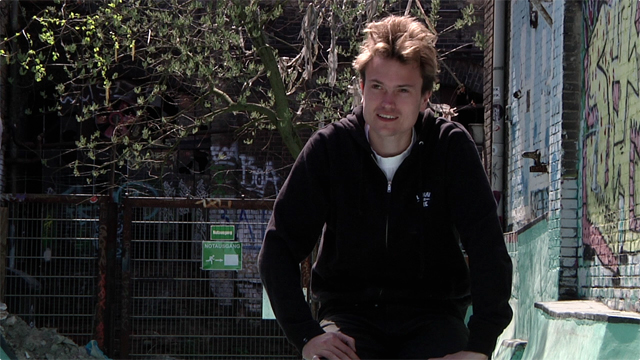 Four names you also had in mind for the new company?
• Originally I had an idea of Post, but there is a company called like that. I didn´t knew that at the time, it’s a hat company.
• I liked the word Island before but there is also another company called like that.
• There is a fakename that we made: Cellest, because when we went on a trip we were trying to keep the name secret and people on message boards would love to find out the name of the new company. So we just spray painted the fakename on my board and had an Instagram picture with it hangin out in the background and it was on the Slap forum like „Whoa It´s called Cellest,bla bla bla…“, which was pretty fun.
• So thats pretty much the 4 for what I have an answer.

Four reasons to start a company together with Paul Shier?
• I think it’s simular to the first question, because I was lucky enogh to have the opportunity to, because Shier approached me in many ways. He knows many people in the industry, so thats being really helpful.
• Such an old friend
• Simular ideas about what we think in skateboarding is positive, like type of skaters we like.
• The kind of things that we think are important in skateboarding and also cause he‘s just a cool Londoner, a good friend.

Four reasons why Sylvain deserves to be Pro?
• Puh… There are more than four reasons. Just skating so good at the moment.
• Has skated for so long passionately for the right reasons, deserves it more than anyone.
• Launching a new company – it’s exciting to come out with a new pro as well.
• It was super fun to suprise him like on the day he woke up, super hung over coming to me after this trip to Lyon. He was like trippin in front of his deck and also he’s getting old, so he better gets pro soon. 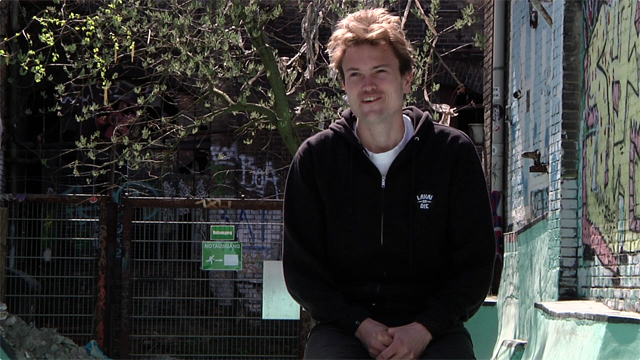 Four resons why South Bank must surrive?
• Because it’s like where I grew up skating – so for me it was the start of skating – therefore.
• Such an important place to see other people start skating. To take that away from there is to stop pushing skateboarding in this small prescribed area, where things are purposed build so it’s one of the only free standing social places that let you skate – so important.
• Stinks of piss
• The seven stairs, so many tricks went down.
• Another reason is: why waste money on building a new skatepark if you already got one thats perfect?!

Four unforgetable tricks at South Bank
• Toby Shaw did a nollie 360 heelflip down 7 – which is fuckin sick!
• Must say Danny Brady’s Ollie on to the bean and then the 180 over the stairs into the bank, pretty memorial cause no one does that shit .
• There is rumors that back in the days Tom Penny did a 540 down the seven.
• Andrew Brophy, 180 up the stairs. 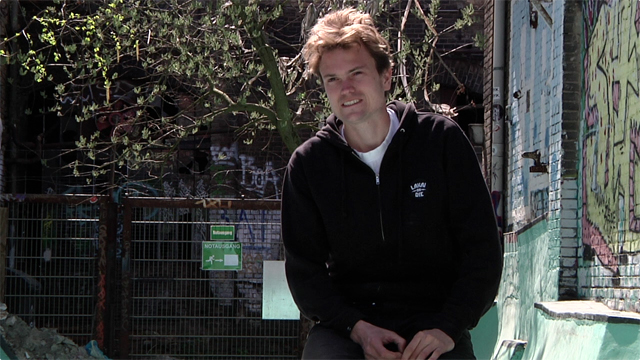 Four reasons to go out filming in Berlin
• Sunny and warm, compared to London at the moment.
• Looks fucking mad, the architecture and the ethetic of the city is amazing.
• To come and skate where Sylvain currently lives.
• And … don´t know. Just fucking sick, I like it alot.

Four reasons not to go out filming in Berlin
• It’s hard to skate from spot to spot because the surface is quite shit.
• Going out drinking, too many good bars to go to hang out in – so you are to hung over to skate.
• Getting busted at the underground by the security guards.
• Being to attented to go to the lakes and swim and not skate. 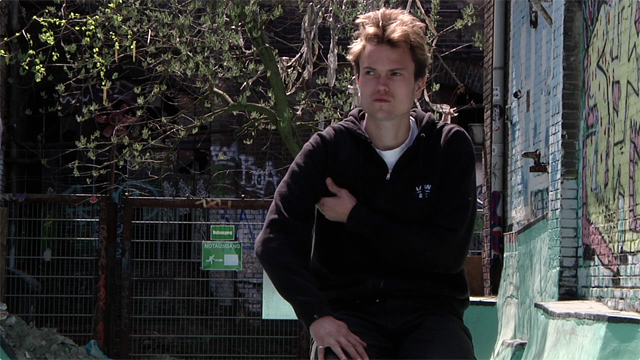 Four things you wish Blueprint for the future?
• To let go Blueprint the name.
• I wish them no luck.
• I wish that they could stop kinda trying to result their issues by being passive progressive to their audience, it’s much better to just accept you’re critzes and try to resolve them.
• And … Dude, the Team is bad …

Four things you will do today?
• Eat
• Skate
• Take a piss out of Sylvain
• Use Matthieu’s Lakai credit card to get a lot of drinks.