We had the pleasure to combine the launch of our all-new “Stefan Marx Issue” with the Berlin premiere of Nike SB’s all-women video “GIZMO”. Now you might think, “What do those two things have to do with this article I am about to read?”, well, our trip had Lea Schairer on it and she skates for Nike so when we got the call to ask if we wanted to talk to any of the girls we had a plan.

The plan was this: Lea would integrate and spend some time with her team-mates while they would go through their media rounds, a Pappelplatz skate sesh and finally the premiere of the video. She would then take a moment, regain her thoughts and note them down for us all to read.

I mean what is better than having a woman evaluate a major moment in all of skateboarding but women’s skating in particular. Nothing right?

Finally, there is a queue

Right before the video started I already tried to fight my way to the toilet but failed, because after three beers I definitely was ready to pee! But I was too busy talking to people and was too excited for GIZMO to start that when I was finally able to go in, the projector was already switched on. Since I didn’t want to miss anything I told my body to hold it back. I actually forgot about it watching the video, also because there were two guys standing next to me who couldn’t stop saying: “Dude! What?!”, literally every trick they saw. I was wondering where they had been in the past five years. It’s not like you wouldn’t expect those girls to blow your mind. Because their level of skating just went through the roof during those years. These people are – with a handful of others – currently the best female skaters out there! Thinking of a new skate video being released featuring any pro there is, you would already expect a certain level of tricks… I think we should definitely be in a time where you should expect the same from female pros.

I was fortunate enough to spend the afternoon with the crew of the GIZMO video, which means Sarah Meurle, Elissa Steamer, Nicole Hause and Ashley Rehfeld, who is a co-producer and athlete coordinate at Nike SB. We met at Civilist, we went skating and we talked a lot. It’s great to see that with skateboarding we had a connection right away – I knew I’d get along with these women, even though I had never met them. All of our experiences and impressions about skateboarding coincided.
It was also great to feel the vibe that gets shown in the video when skating with them in person. It was impressive how the skate park sort of shifted their attention towards these women.
We talked about gender equality, equal or at least adequate prize money at contests, how well women are integrated in the skateboard scene now, that, even though all of us have been skateboarding for 11-17 years (Elissa more like 30 years), it’s just now that some of us have the possibility to live from it – despite the already existing high level in women’s skating many years ago. Having trouble finding a sponsor in earlier ages and now asking yourself: well, is it really the skating that drives the companies to support us or is it just because girls who skate are so marketable?!

Fuck! That is definitely a major downside of female skateboarding becoming more popular.

It’s important to know that GIZMO is NOT the first all-women skate video – there have been a few, all privately financed and produced. It’s the first one a big company has produced and put its name behind; which is amazing and is a big step in the right direction. It probably means that more will follow… already shown by the premier Vans had in London with their Bali skate trip video.
Unfortunately, we didn’t speak much about the video itself and how everything came about. And then again, there is actually no need for that. When you see the video, you see the same things that you see in any other skate video. There are struggles, there is the pressure everyone puts upon themselves because they want to deliver the best part possible. There are the super fun times, going on tour with your friends and just hanging out, there is the hype after landing a tough trick and there are the times of doubt. 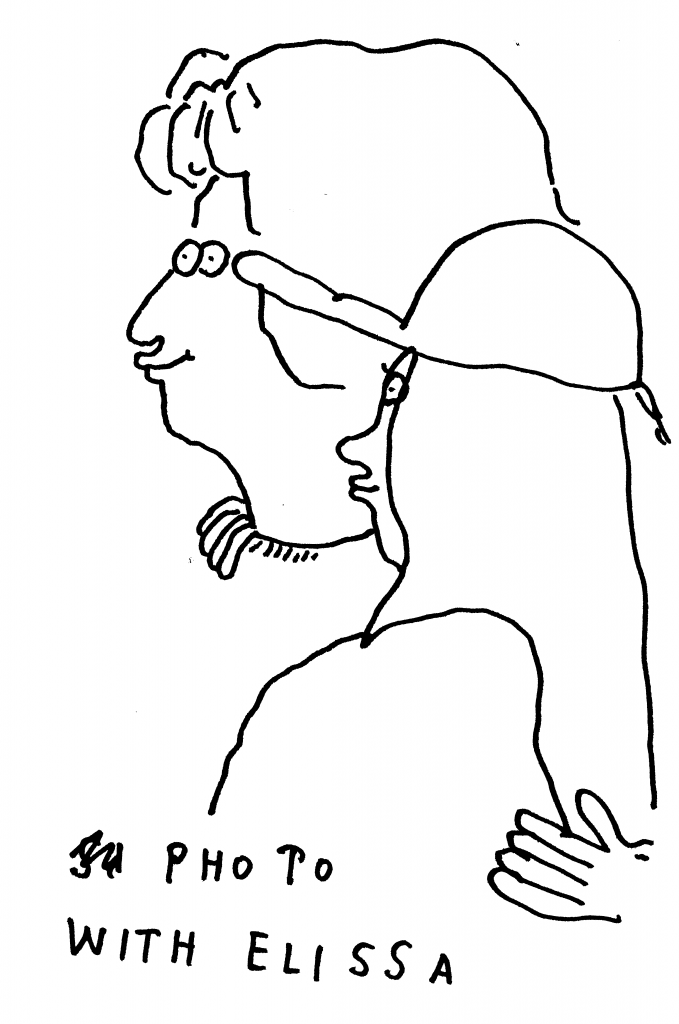 With my bladder still filled, a few drops went into my pants when I saw the tricks, where those two guys behind me yelled the loudest. There are nose grinds on handrails, bs tailslides flip out, tre-flips over motorcycles, super high grab less alley-oop bs airs in deep-ends, and much much more you will be impressed with.
Even though it can be a little annoying having guys scream into your ear for 10 minutes straight, I was obviously also flattered by the guys’ comments, because it means they have now realized on what kind of level female skating is. It also shows that men are starting to dig the different styles of those women skating, mentioning things like: ”Damn, I wish I could do this trick like that!”. It’s just that the implicitness is still missing!

There were also several other people who came up to me with different perspectives to the video. For example, two super shy girls saying how much they enjoyed seeing me (and the other girls) skate. This has never happened to me and I found it more than flattering. I can’t imagine how many times this must have happened to the GIZMO team over the past days… the motivation for those who are starting to skate has probably risen to a maximum watching this video. It’s just so cool that now there are female role models (several) in skateboarding and that these are all over the world and not just in some far away place. I think this is a big push for skating in general!
All in all, it was an overwhelming vibe. It was so great to see everyone being hyped about the video. There was a lot of cheering and yelling, clapping and laughing. An honest: “Ouhhhhhhhh” when seeing a bail and the same honest: “Whaaaat?!?! Yeahhh!” when seeing a banger. The place was packed, the drinks were cold and people even started bouncing to the tunes of the video.

When the video was over I remembered what my bladder was telling me, also realizing that it should move right now to let it out! I hurried, in the expectation that at video premiers it’s not a problem for girls to just walk straight into an empty booth. After finally fighting my way to the toilets, I found myself waiting in a super long queue… Fuck! That is definitely a major downside of female skateboarding becoming more popular.