Stefan just showed up at the MBU spot in Berlin one day. Upon seeing him, I went up asked, “Don’t I know you from somewhere? Rotterdam perhaps? He had the same feeling and we both reintroduced ourselves. The truth is, I almost knew directly who he was. I clearly remember skating with him in Holland, and later seeing his footage in the Bombaklats video. But it’s just not socially smart to go up to somebody and assume he or she knows you, because if the other person doesn’t remember, you end up looking kind of stupid. So we did the social dance and now we are slowly starting to see each other a bit more in Berlin. So I thought it would be nice to introduce him to this new face that is Stefan Scholten. 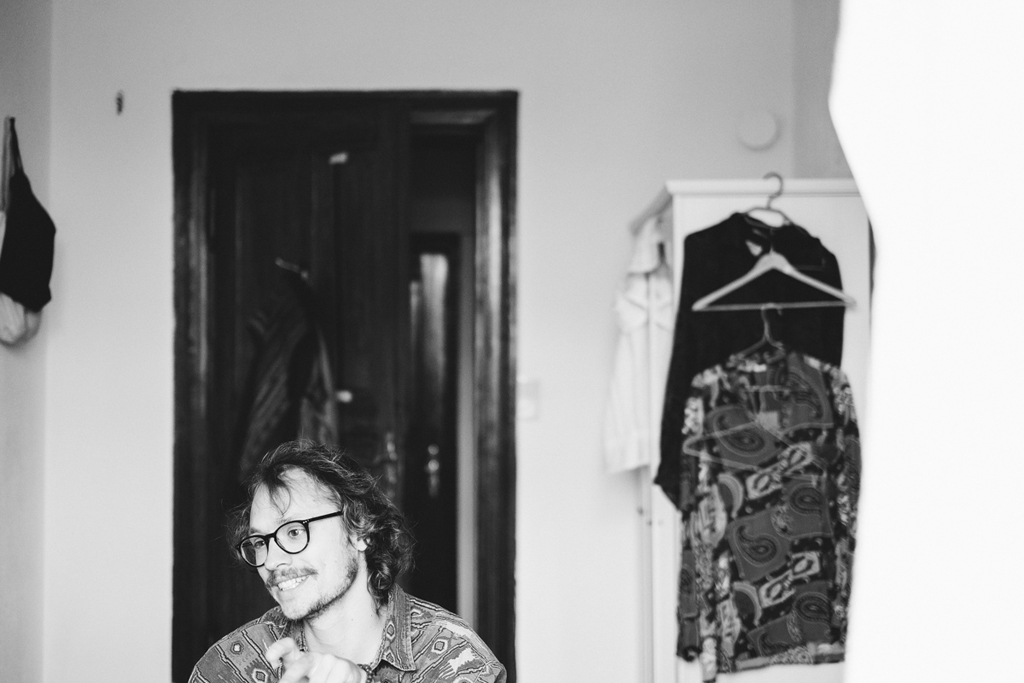 So Stefan, you just moved from Rotterdam back to Germany, Berlin to be exact.
Yes! After I Finished high school in Dusseldorf, I applied to some schools for graphic design. Actually, I also applied here in Berlin but didn’t get accepted. The school in Rotterdam was a bit more open to young people, because they feel that by doing this the school can shape and guide the students’ process towards becoming graphic designers. So after finishing school and having spent the last six years in Rotterdam, I slowly started to miss Germany, and I felt like I needed a new place to explore.

Why Berlin?
After I finished my studies in Rotterdam, I didn’t see myself working in graphic design for the rest of my life, so I applied for a new course here in Berlin called Art & Therapy. It’s a pretty new type of profession for Germany. It’s more focused on using art as a medium for people to express emotions and deal with issues they may have. My job would then be to guide these people in their creative process.

You speak Dutch now. How did that happen?
Well, when I applied to the school in Rotterdam, I thought everything be in English, but once I got there I quickly found out I was wrong! All the classes where taught in Dutch (laughs). So I had to learn a whole new language, which was difficult but fun, though! 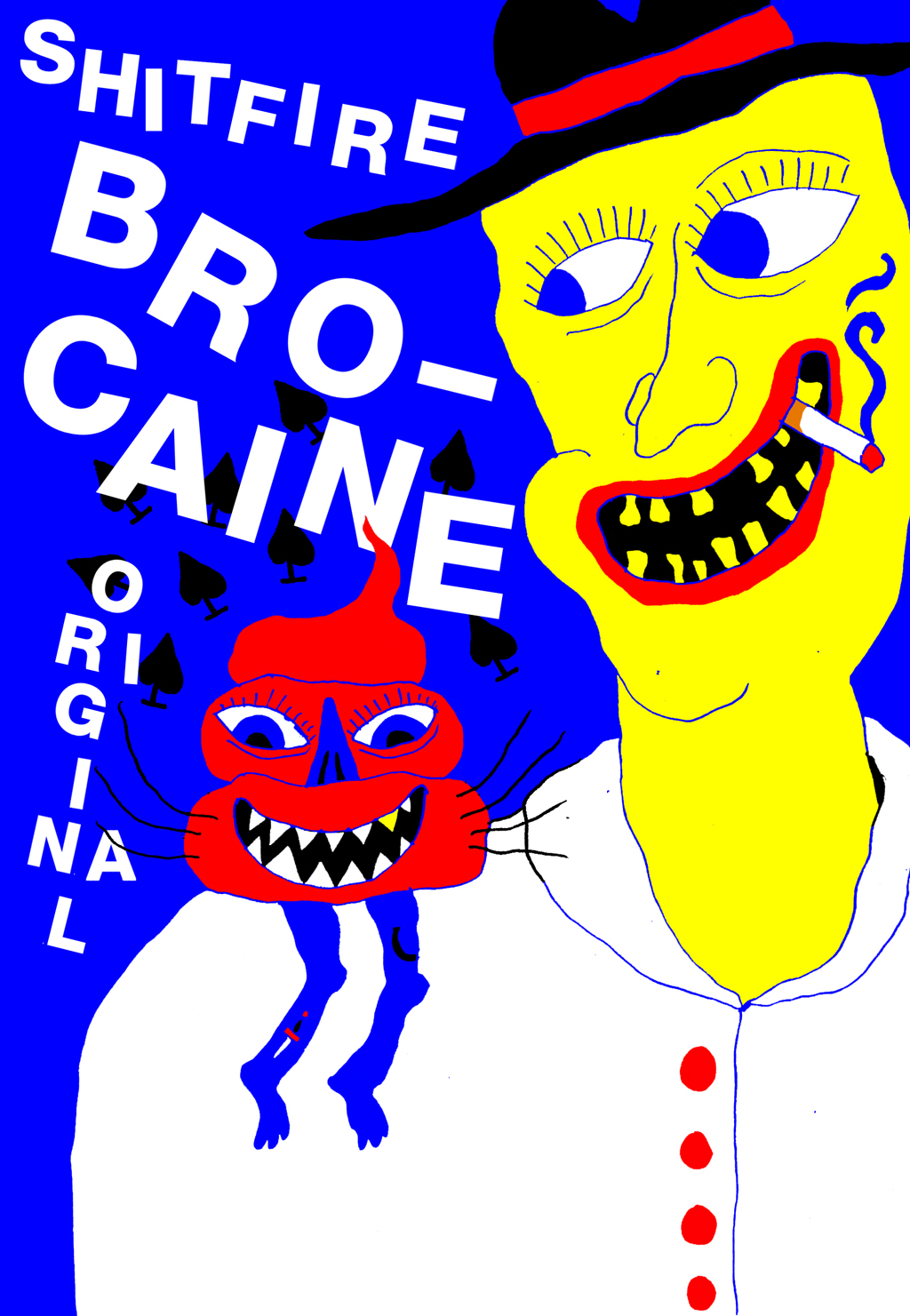 You are also doing skateboard comics under the name Shit Fire. How did that come about?
Shit Fire was an idea I had last year on the Spot Delivery tour. At first it was just a joke that started to evolve. And after the tour I just kept on drawing these skateboard jokes about the things I was seeing around me. It’s a fun thing to do when I’m not busy doing other things.

Besides Shit Fire you are doing freelance work as a designer. What are you working on at the moment?
At the moment I am working on some new designs for Yamato Living Ramps. I’ve been making some T-shirts and stickers for them for about a year now. They give me the freedom to do what I like and that works best for me. Most of my drawings come to me spontaneously. It starts when I get an idea, I start working from that idea, allowing my intuitions to take me were I need to go. Here’s an example: I’m working on this ad for a brand and I keep thinking about my friends there, so I start to draw them and out of that comes the ad.

Can you currently live from your design work?
No not at all, I just found a job here so when my school starts in December, I will be trying to combine my studies with my job and use my free time to do my graphic design, skate, and play music. 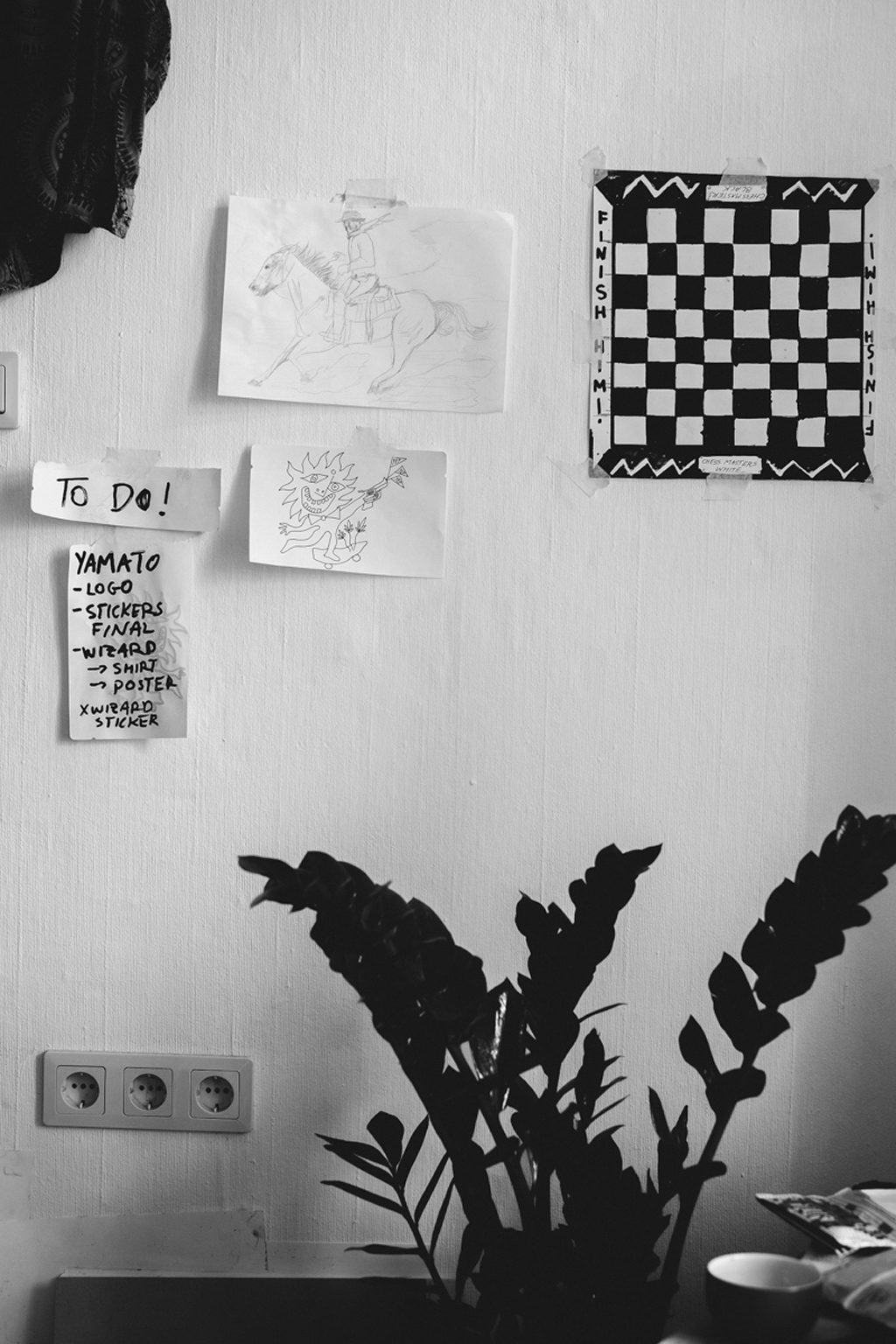 You also dabble in music?
Yes, I play guitar and keys, actually I was in a band but as things progressed I wanted to try some new things, so I stopped playing with other people and started to perform as a one-man band for a while. But I lost the energy to do that so now I’m looking for some new people to play with and possibly form a band. 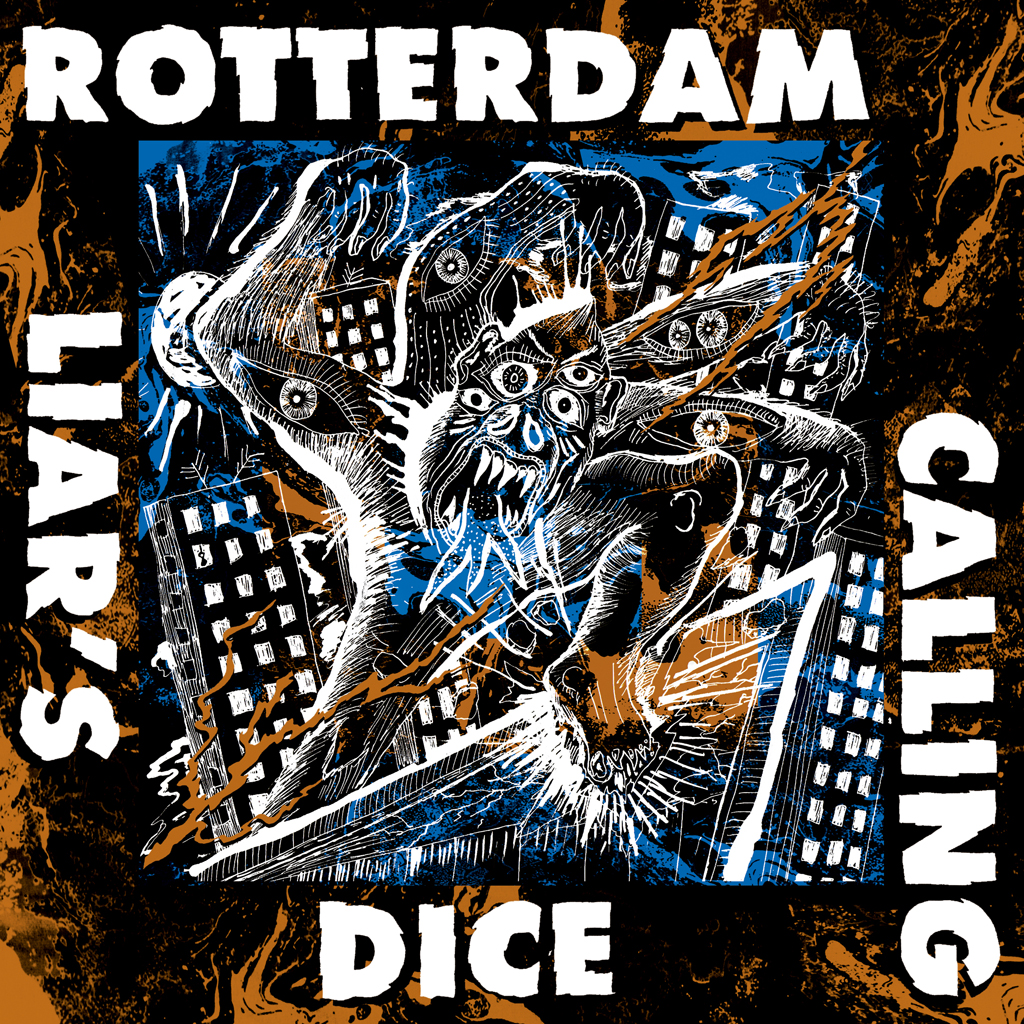