If you do not know about the Far East Skate Network also known as FESN you have been sleeping under a rock! FESN has played a major role in pushing the Japanese skate scene.

They helped create Overground Broadcasting a 2008 skatefilm that has some prophetic parts. Most of Takahiro’s projects show you a different frame of reference, connecting colors, actions and images in a new way.

Ever since Magenta entered the skate scene Takahiro has started to frequent our western screens more and more, one thing always stands out, his sign! It says: MY FRIEND. From the moment you come in contact with the sign and the message it carries you start to think. So when we had the pleasure to exchange e-mails with Mr. Morita we could not resist to ask him about his moving message:

How did you get the idea for the MY FRIEND sign and do you travel around the world with it or do you make them on location?

My answer is the following:

I think my skating represents a message to the society around me.
I think my tricks, speed and my style of skating could be the message to skaters and non-skaters.
There is a thing that I realized through filming for years.
I realized that I have affected skaters that I’ve never met to a certain degree, by filming my friends and getting the footage out there.

And by making skate videos, people that I had never met started to visit me.
And they became my friends.

A person that I respect once told me, “Be nice to friends, then that energy will become the power to make the world better.”
The MY FRIEND sign is for the person who’s reading it.
So it’s not MY FRIENDS, it’s MY FRIEND.

PS – The MY FRIEND sign can be folded up and I always bring it with me every time I travel. 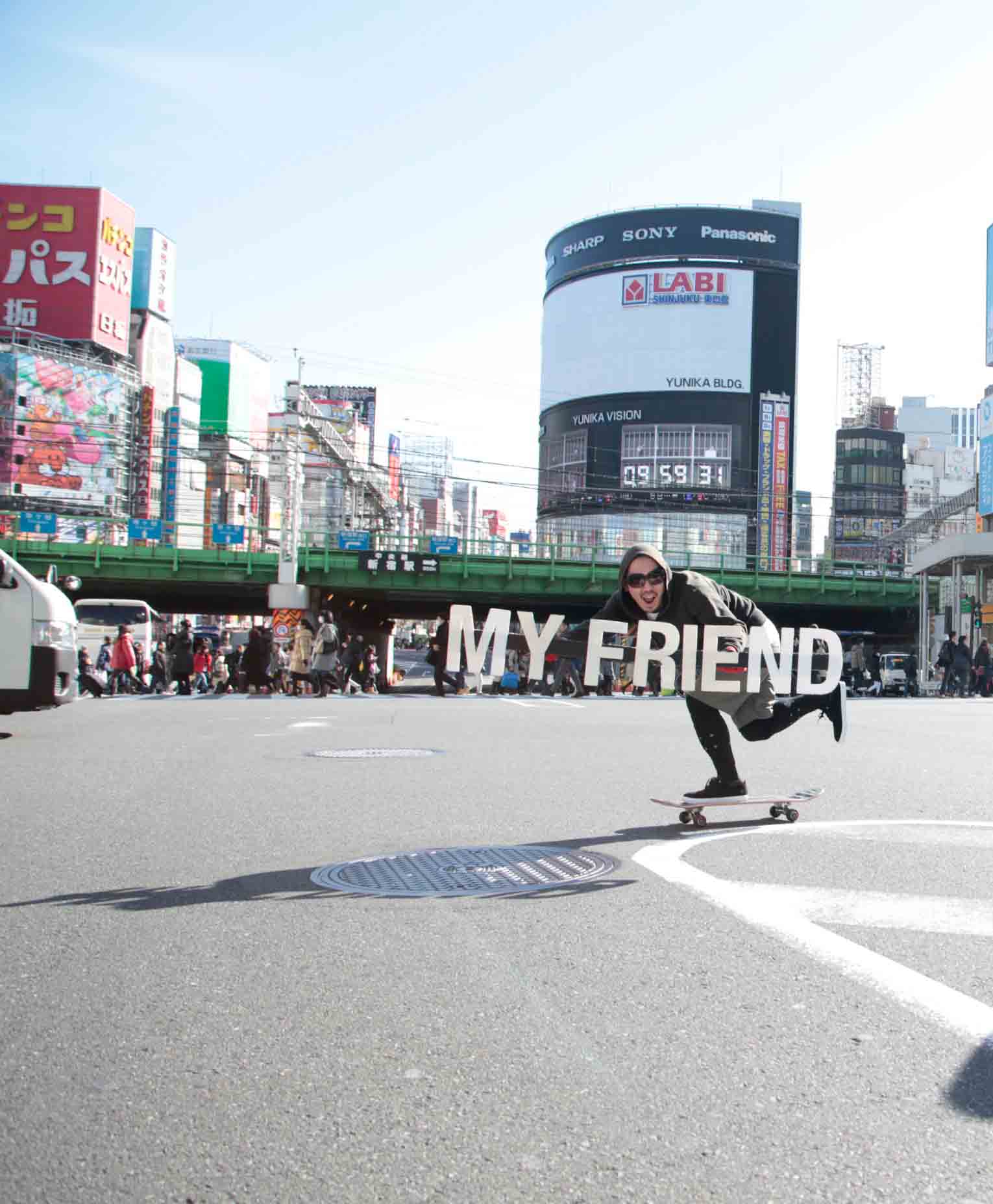