Hi Kirill, for the guys, who don’t know you yet – please introduce yourself:
“Hi, my name is Kirill, I’m 29 years old, been skating for around 15 years. I got kind of a weird role in Patrik’s crew – I always skate on those trips but i’ve never been good enough to get tricks for the video. We know each other since his first big project “10,000 kilomoteres” that we did around 2008. First I was just a tour guide, then we became friends and he kept inviting me for his trips, I usually help Patrik with organization and coordination. I do texts for different Russian and European skate magazines and websites. I shoot with old point and shoot film cameras. For Madagascar I used my automatic Minolta AFZ for personal memories. My main job is sales manager and team manager at Russian board brand Absurd skateboards. That’s it – enjoy the photos” 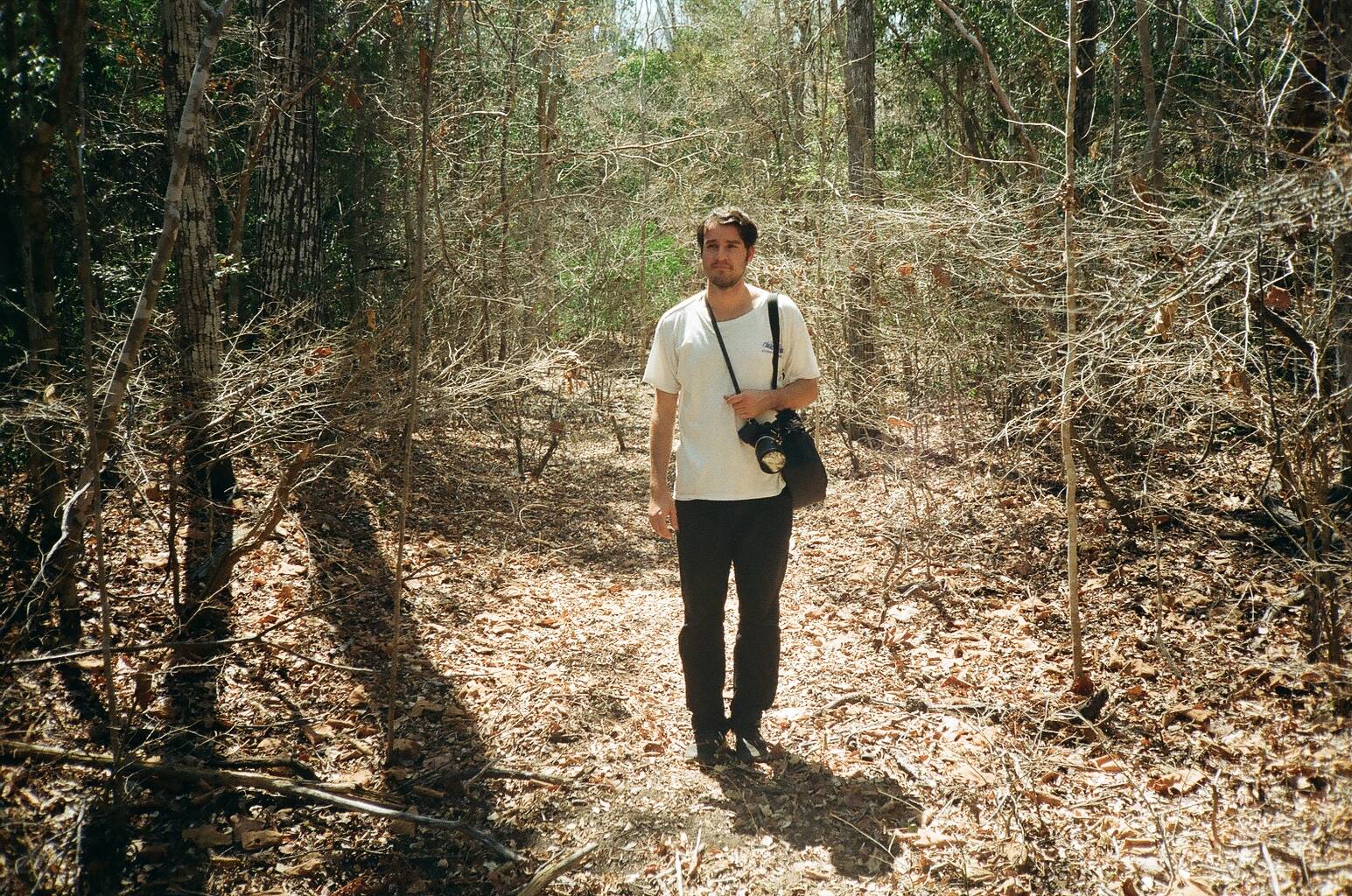 Patrik Wallner has been all over the Eurasia during the last few years. Since Eurasia has been his main point of interest he barely visited anything outside of this continent. I think Madagascar was his second big project filmed somewhere else (Cuba was the first one). Since I’ve been on many of his Eurasian trips I was really excited to go somewhere new for both of us, so I didn’t think twice when he offered me to join them for this one. I took this portrait of Patrik when he was in search for lemurs, in a literal way. It took us around two hours to find those funny little animals. 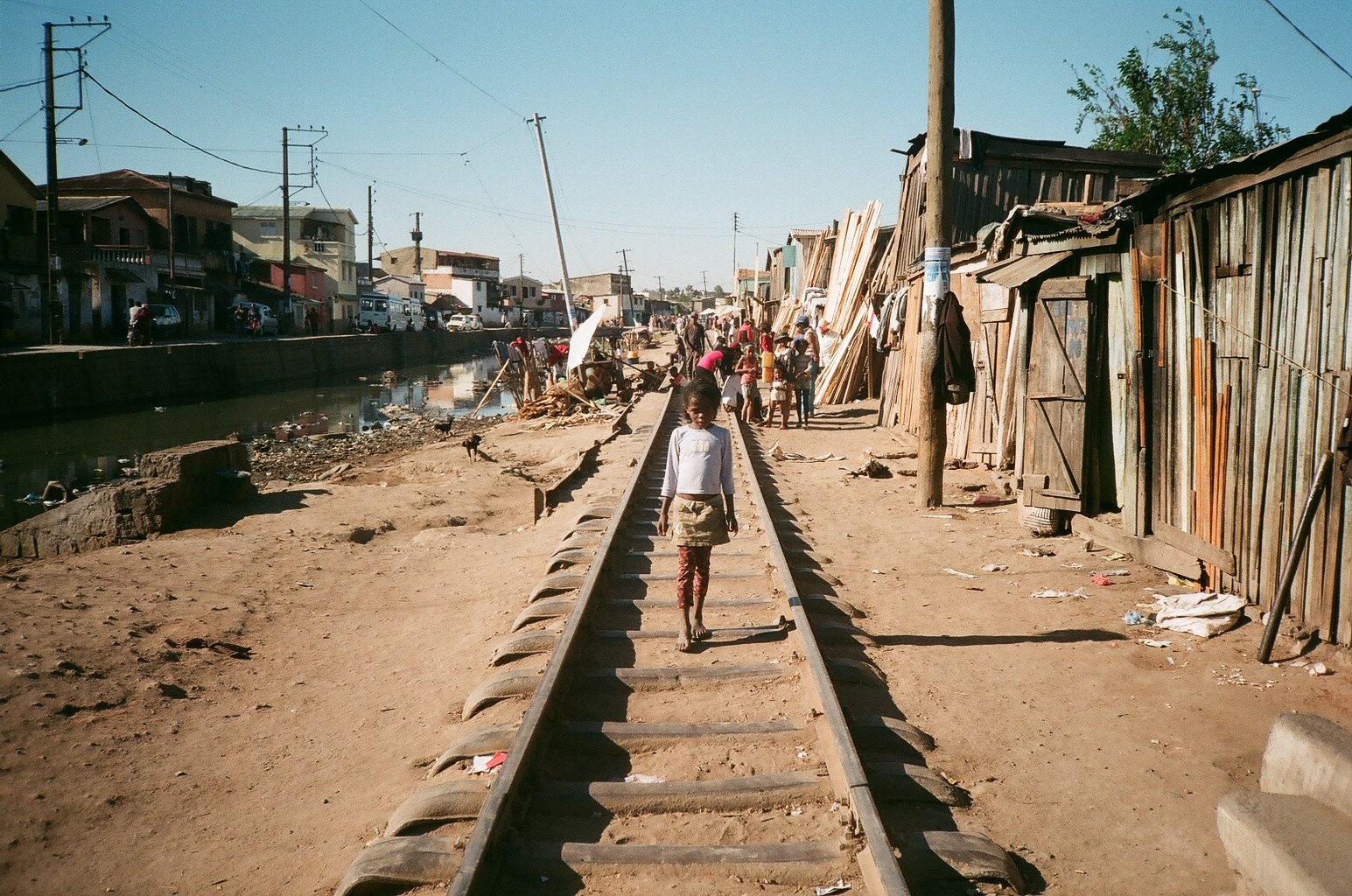 Madagascar capital Antananarivo was the starting point of the trip. The night before I took the flight I had read crazy stories about crime and robbery over there. Honestly I was little scared to go there. Glad we managed to avoid any serious problems there. I am sure you can find serious troubles in that city but during day time it’s not that bad at all. We didn’t have any kind of security and cruised all around the city. The general reaction of the people was positive and there were happy to see tourists in their country. Some contrasts of Antananarivo were quite shocking and life conditions especially in poor neighborhoods looked really harsh. It was nice to witness that people don’t about smiles and happiness no matter how hard they live over there. When our societies are spoiled with IPhones and modern trends kids over there can still have fun just with an old metal can fixed to the stick. 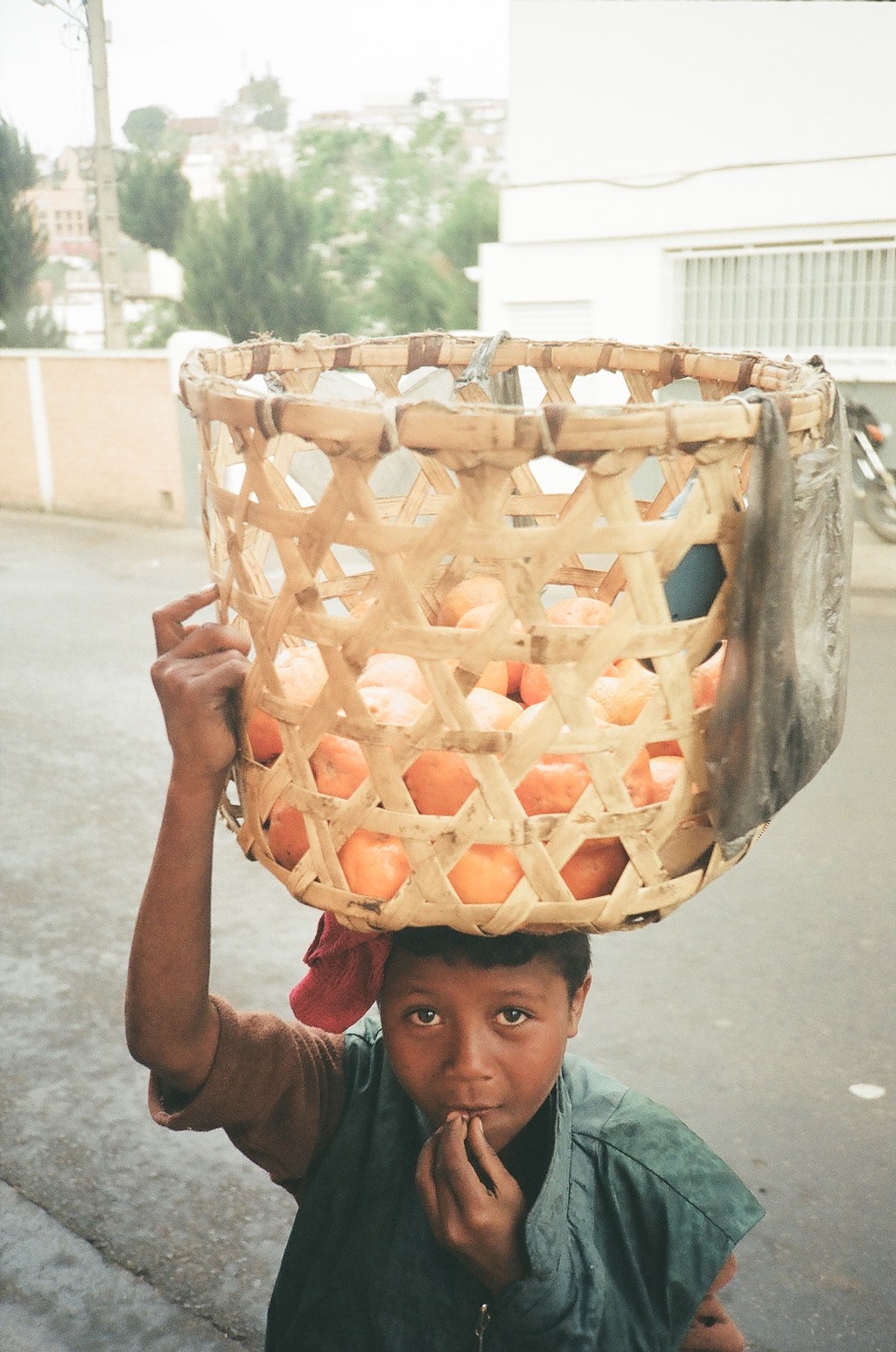 We met this boy with tangerines a few times while skating Antananarivo – I am sure Brian Dolle was his best customer of that week. It was all about bargaining between them during their tangerine deals. Brian definitely knew the fair price for tangerines by the end of the trip. 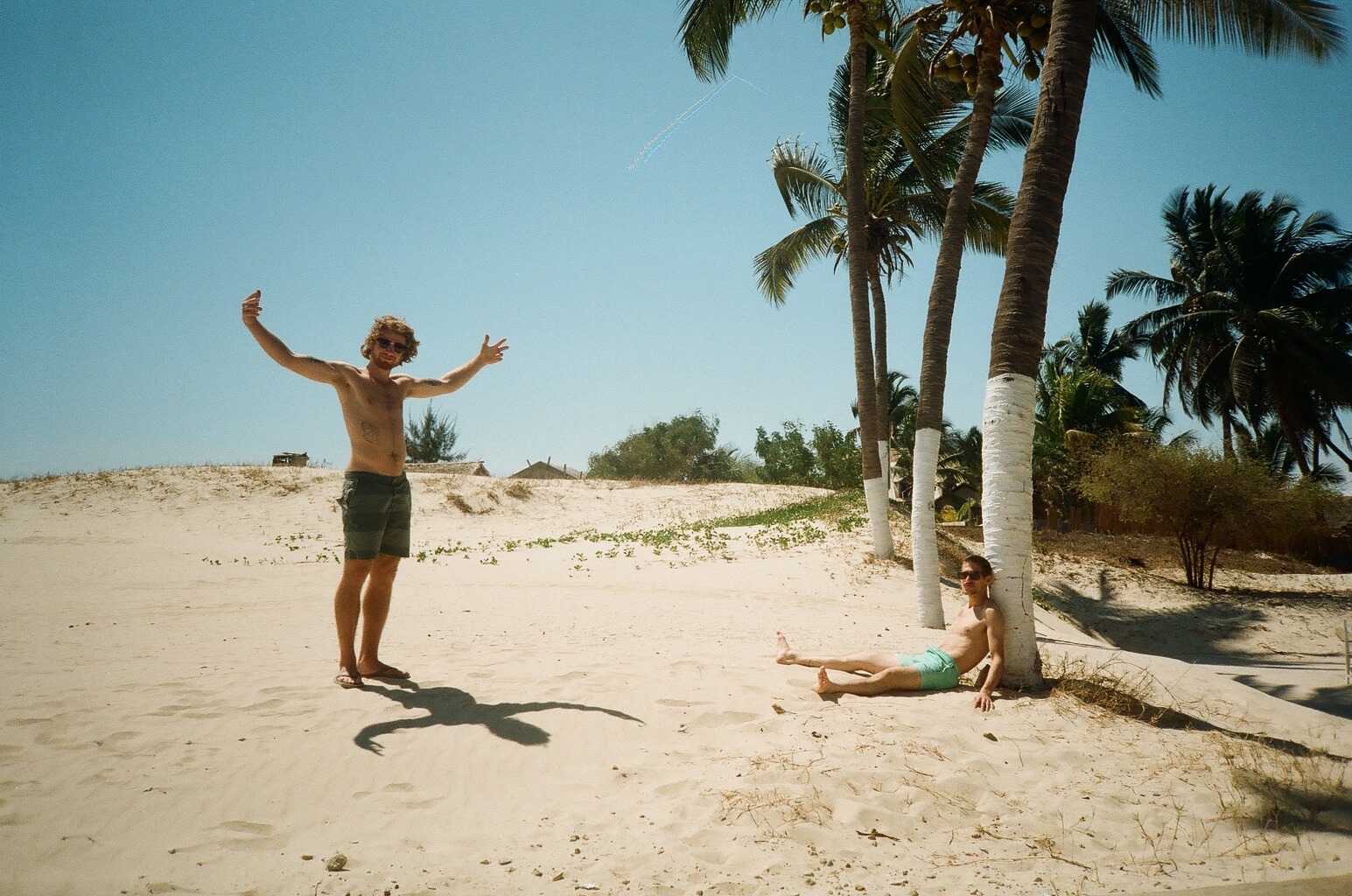 After a few days in the capital, we took a flight to Morondova on the west coast of the Madagascar Island. It couldn’t be more of a paradise than the way we stayed: Our bungalows were right by the ocean. There were pretty much no other people around besides a few locals busy with fishing and daily routine. Good times! 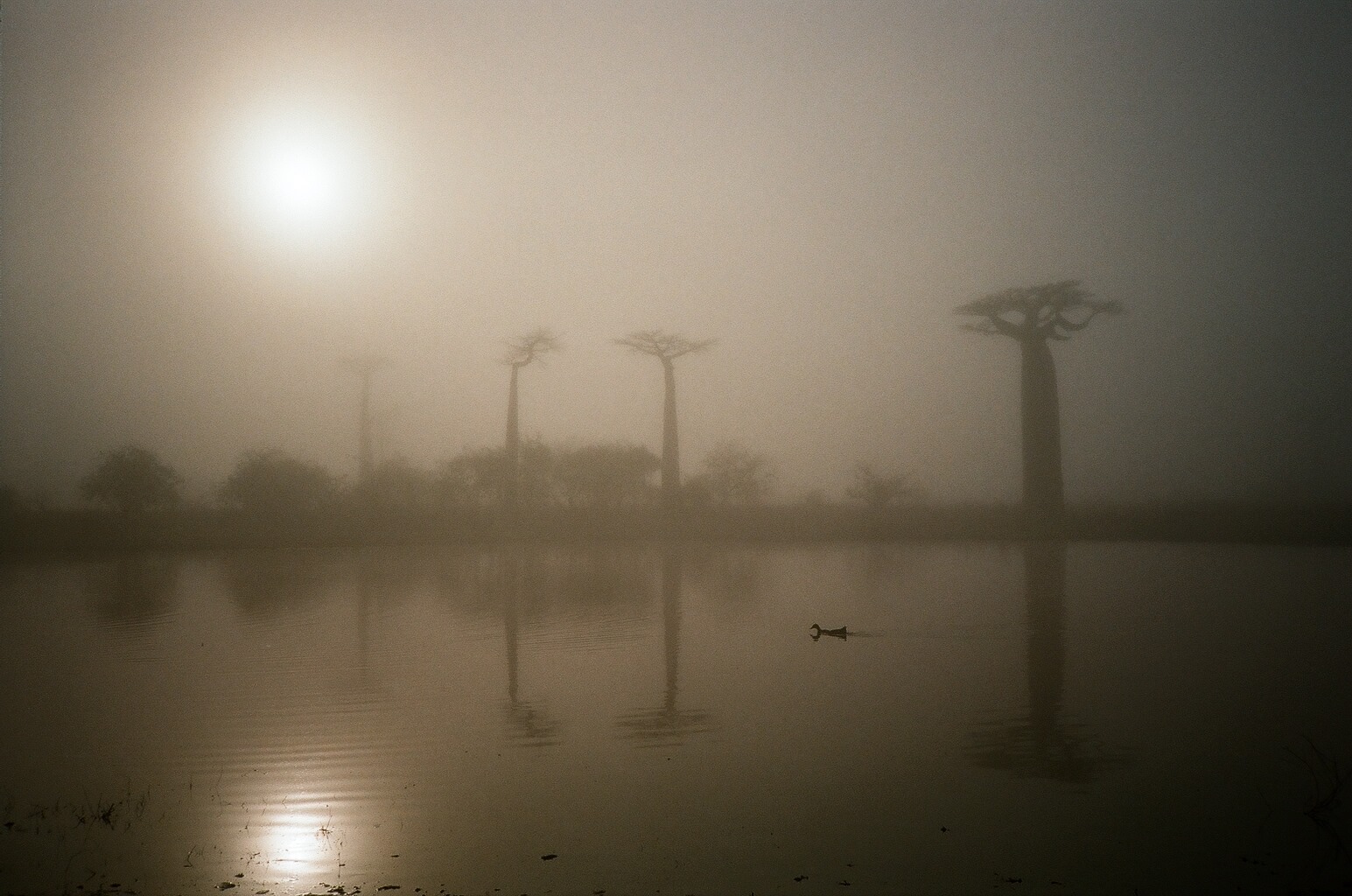 The Avenue of Baobabs was the main reason we went to Morondava. The place was surreal: When we saw it in morning fog on the sunrise it looked like something from a different planet. I guess it’s one of the most special locations you can visit, it’s almost hard to believe that we were there. 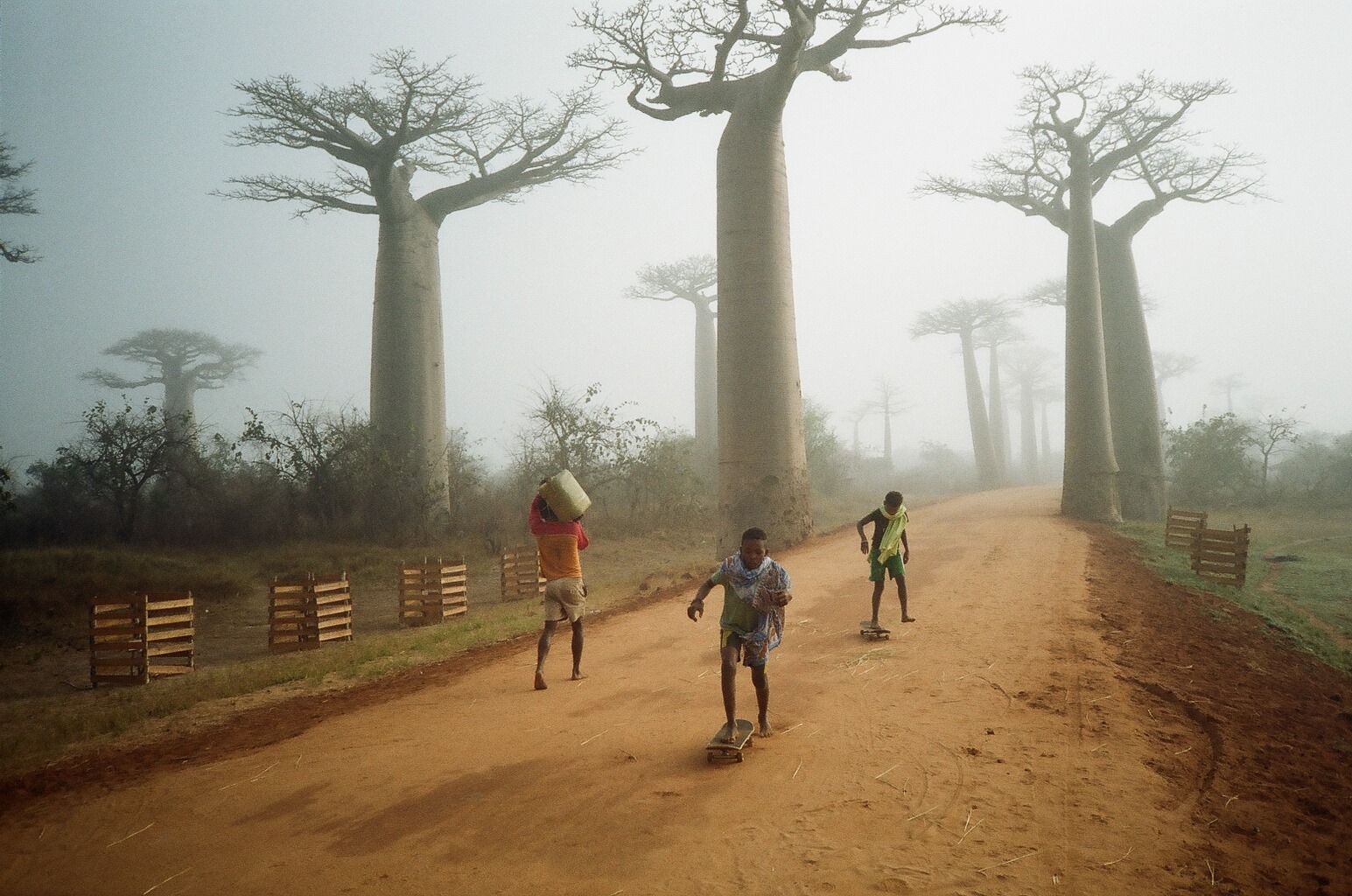 We got to meet local tribe people by the baobabs. I think it was great experience for both sides. They discovered skateboarding and pushed on our boards and we checked out their lifestyle and daily routine that looked like something you usually see in geographic movies on TV. We hung out together for couple hours. 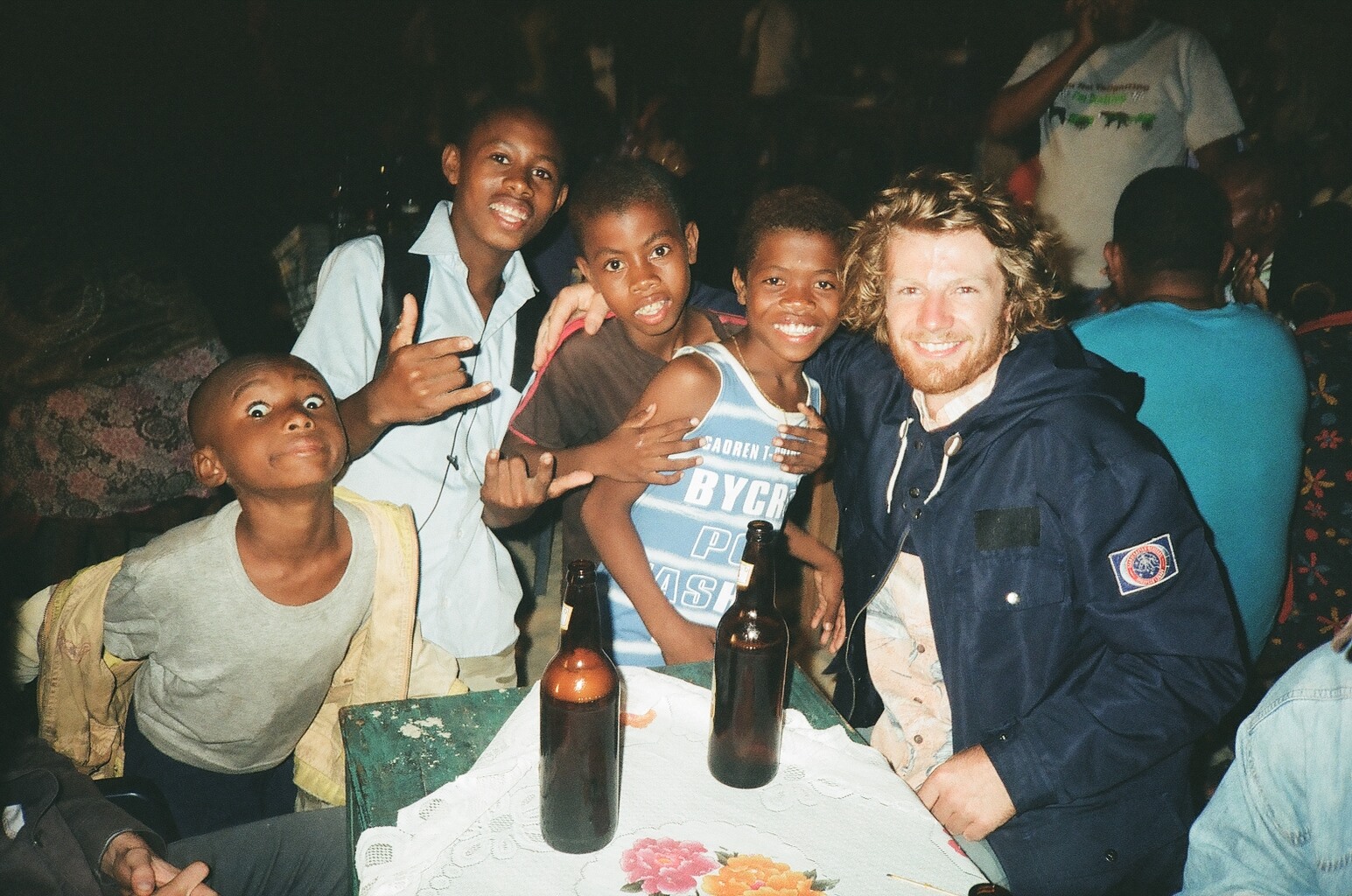 Somehow we ended up coming to Morondova right for the biggest beach party of the year. The local DJ invited us during the lunch to come back later and we couldn’t resist to do so. Pretty much the whole city was there dancing, drinking and having fun. Look how happy Barney Page and his new friends looked like. We even went for and afterparty to a local club and danced barefoot. 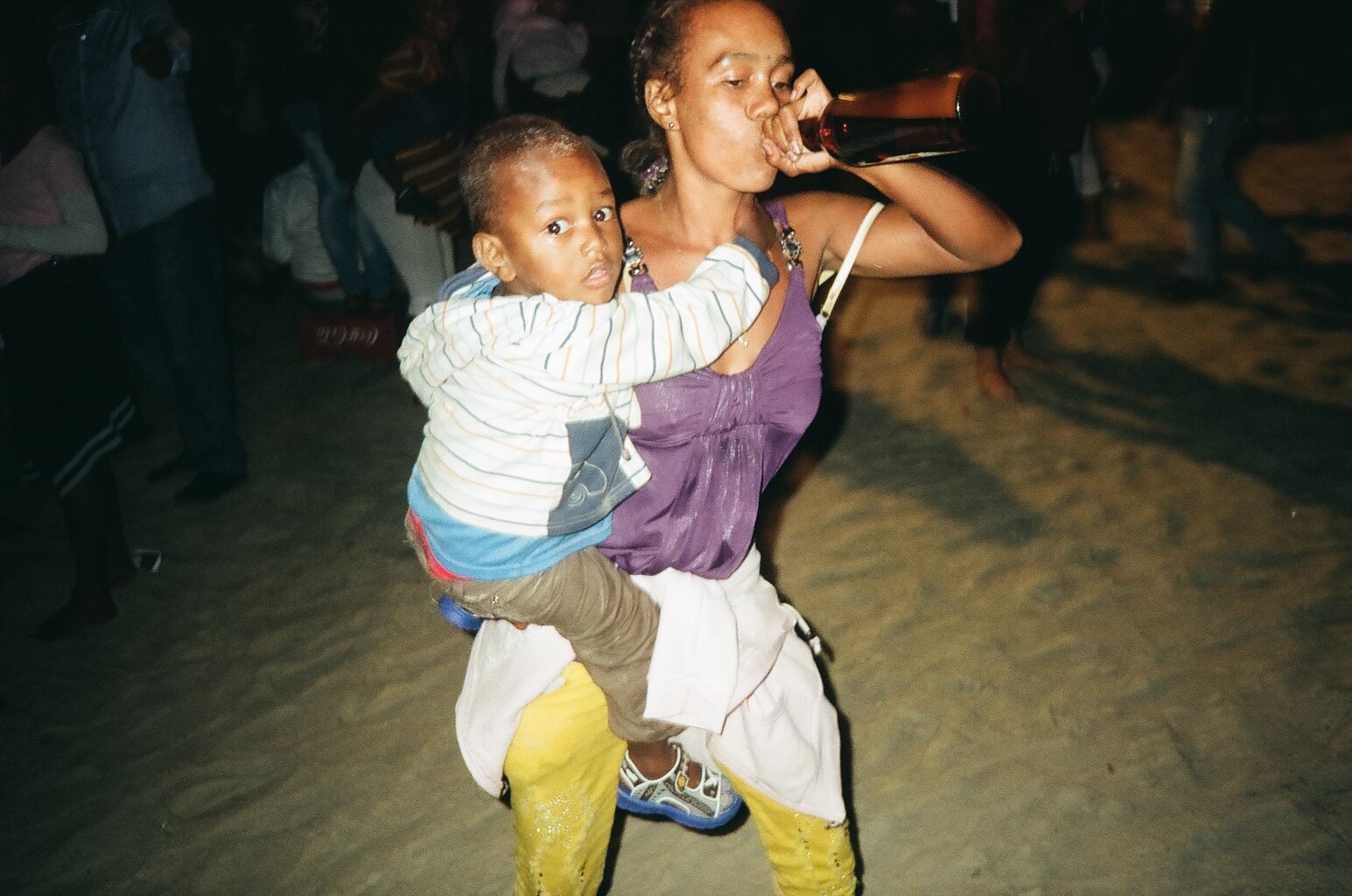 This might be my favorite shot of the trip. I like that mom who has her baby on her back but dance and drink beer at the same time. I started dancing with her and I felt like her friends were so stoked that they even wanted to marry us after the dance. Maybe it was just my misunderstanding… 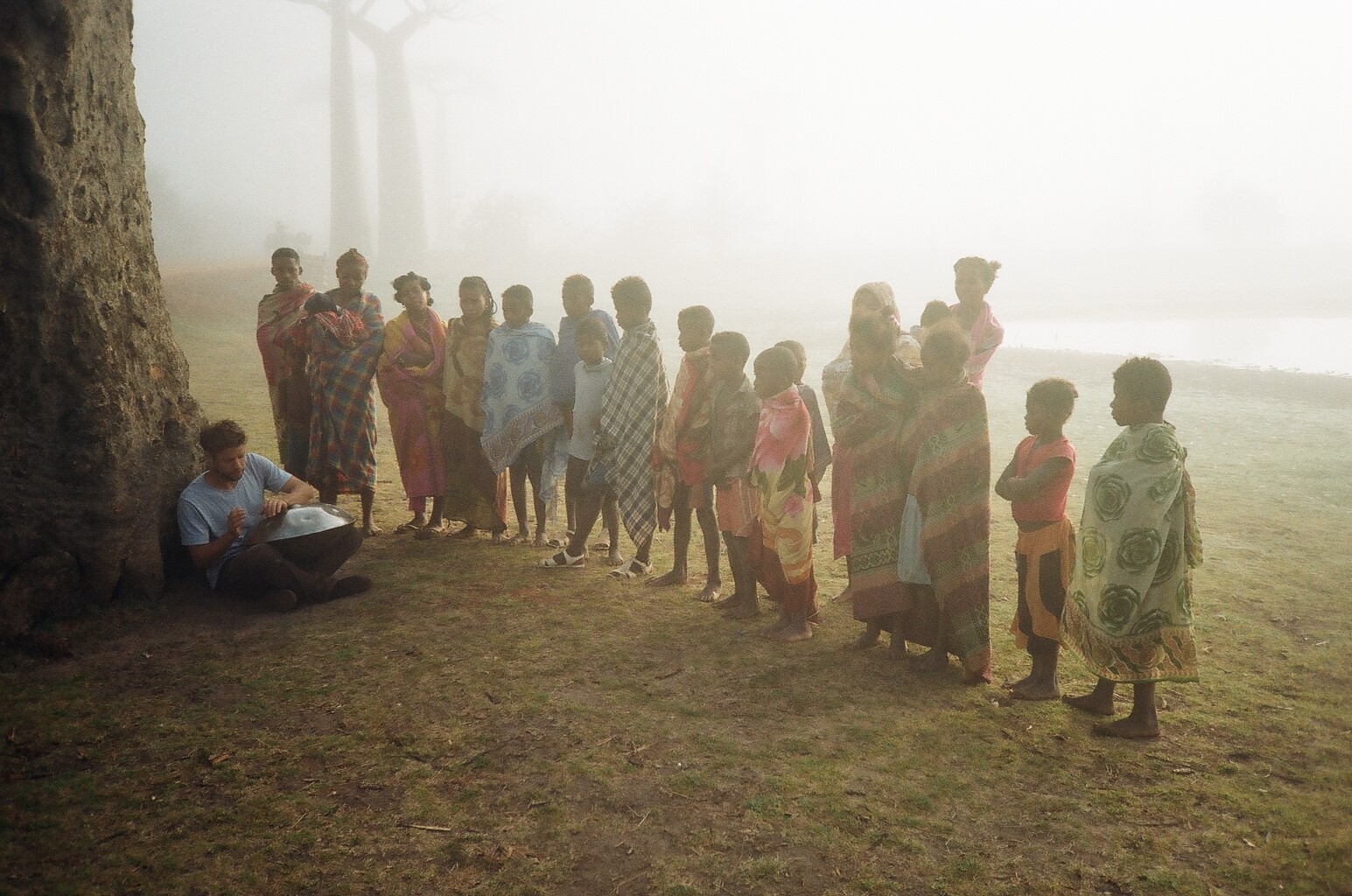 This was my first trip with Wilko and unfortunately the last one too. I had heard about him from Patrik and Danny before and was looking forward to travel with him. He brought this metal musical instrument with him and the moment when he played it for the tribe people under the baobab was one of the highlights of the trip. With his music it was almost like a meditation session for all of us. I could feel that Wilko was a bit in his own world all the time but people like him definitely do our big world interesting. I am glad I got to know him. R.I.P 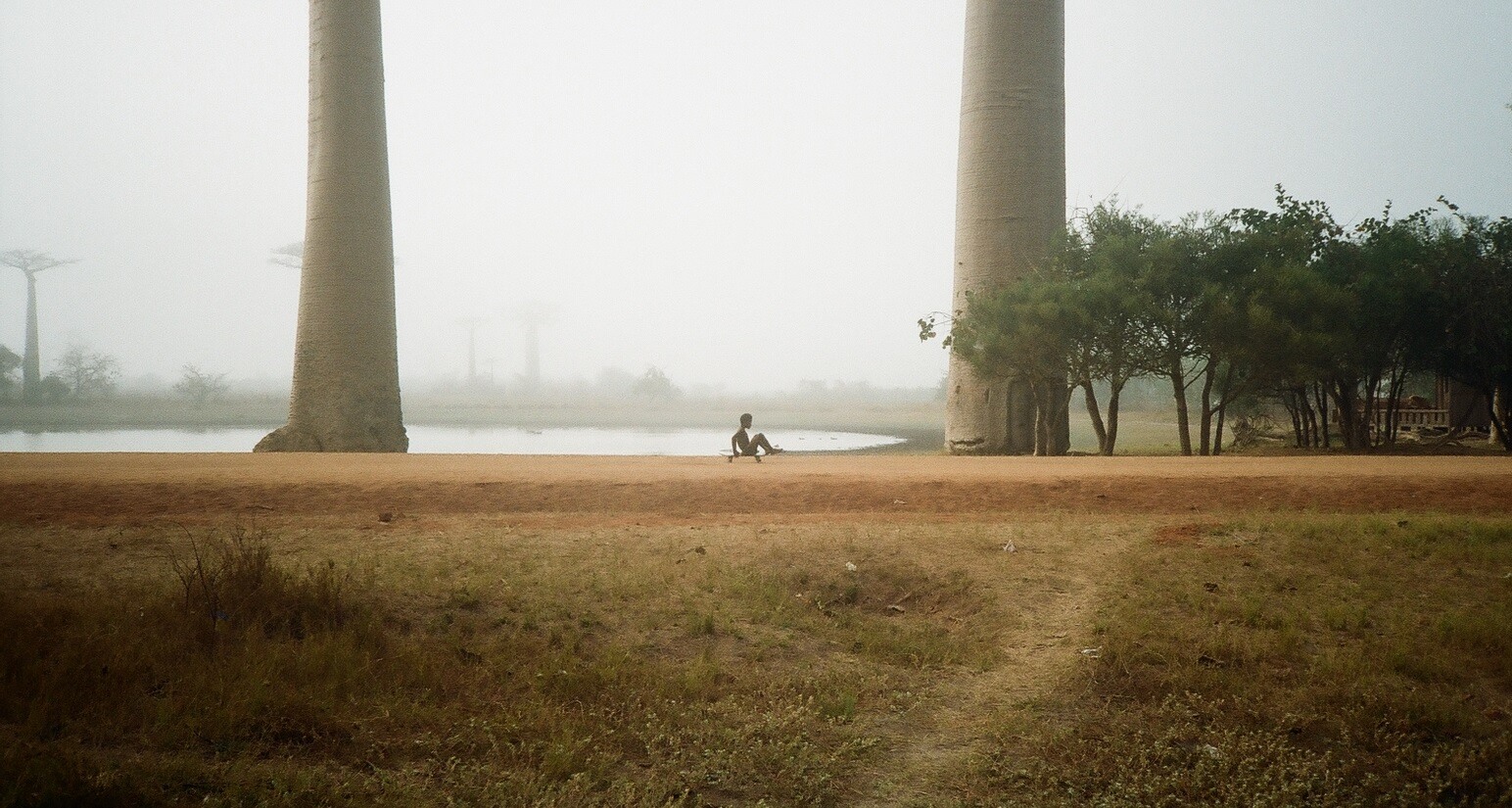 Skateboarding is fun – no matter where you do it and how you do it. Keep pushing.