It takes a lot of blood, sweat and tears to make a full-length skateboarding video happen. And most importantly: It takes time! And time is crucial. A team of skaters is very difficult to coordinate, especially if they have a “real” job in front of them, such as a video mission. Rémy Taivera for example is 100% skateboarding. I think I’ve never seen anybody so passionate and focused, but at the same time cool and relaxed. He may possess just the right balance to work hard and not look like a jock. The stuff he did for the video is on a top notch European level, complemented by a good eye for putting things together. Almost like Aaron Herrington, he can simply adapt to a spot in less than no time. He can do the math and read the situation. 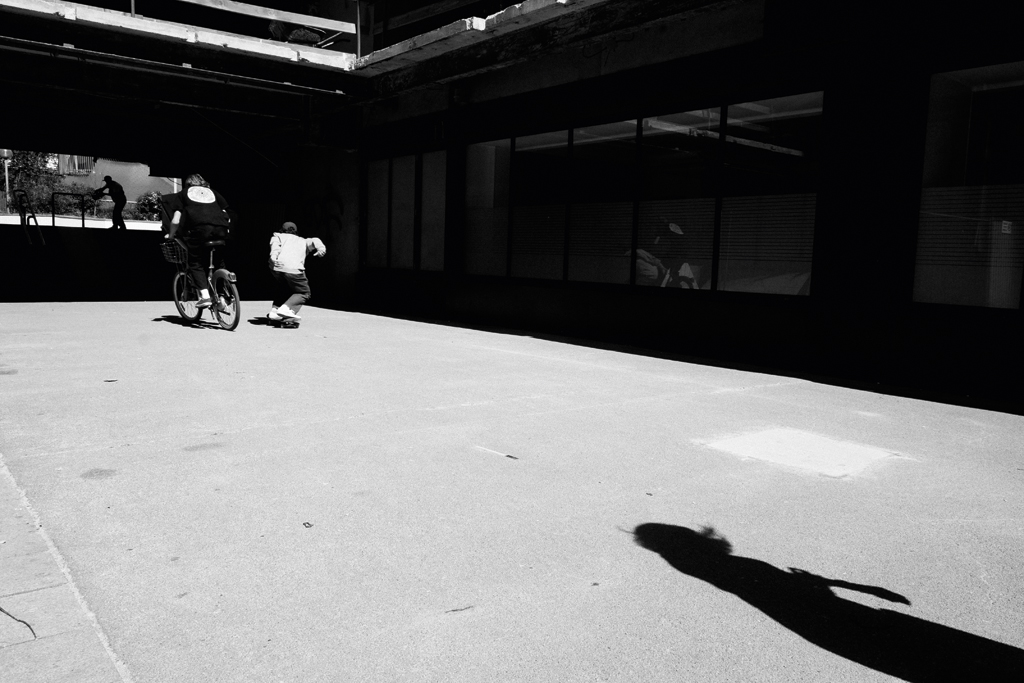 But let me tell you, Rémy is a hard-working kind of skater. And even though he knows what he wants, he doesn’t always get it. But he never lets up easily, at least not without fighting for his goals. Isn’t that amazing? That’s like earning your own money for the first time to buy something you always wanted. Like being a kid again, working odd jobs at a shop or restaurant. Remy is sometimes trying so hard that you can see his body wanting to stop, while his mind simply can’t. He gets that look in his eyes that could actually hurt people. This state of mind projects a lot of energy and sometimes infects others to try harder, give more, and reach for their own goals with a little more persistence. 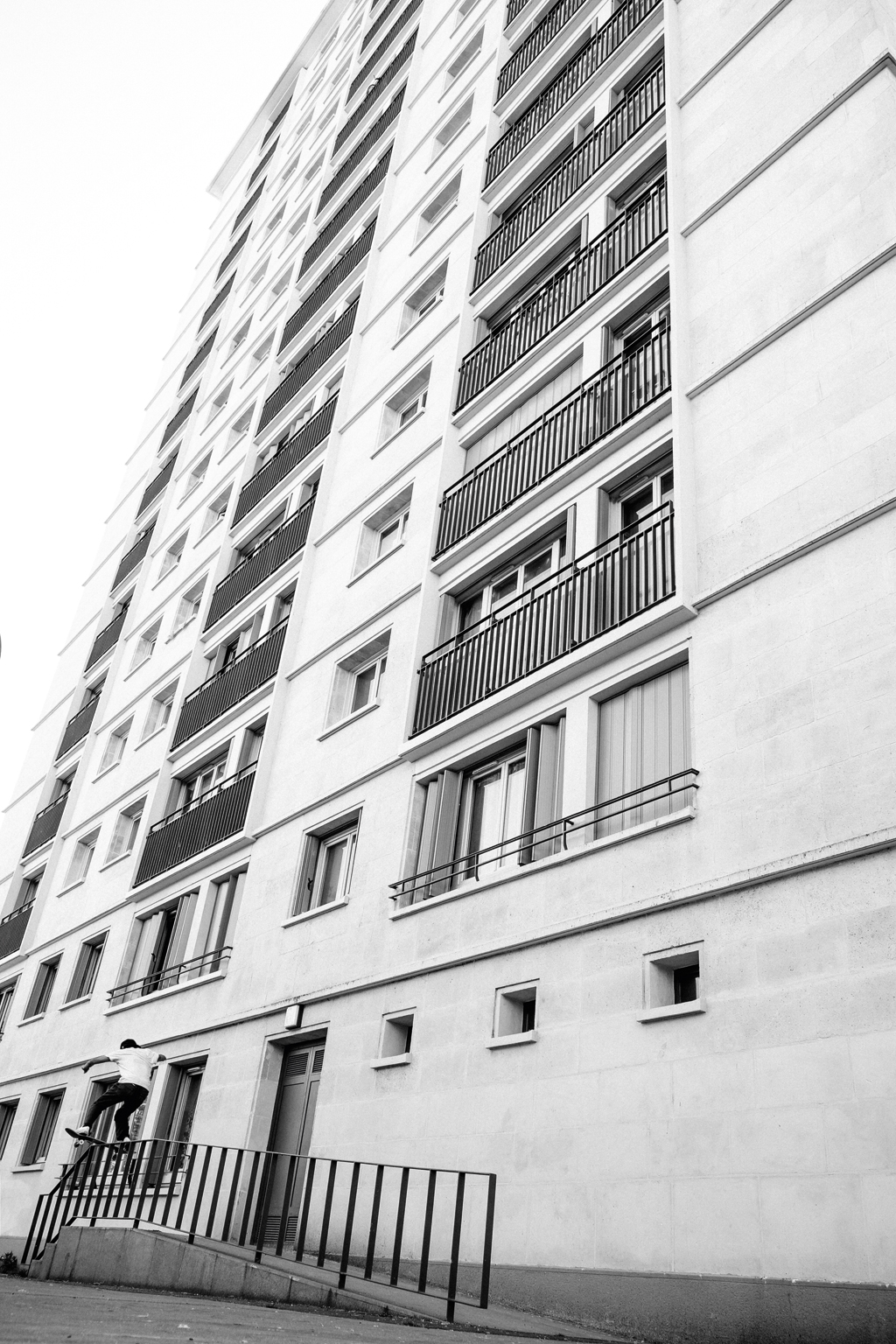 Rémy Taveira with a boardslide to fakie.

Paris is beautiful and home to the best pavement in the whole wide world. And all the others things they say about the French capital are also true. Well, at least most of them. It’s pretty hard to find a guy with a mustache, a baguette pinched under his arm, a glass of red wine in one hand and a cigarette in the other, wearing a French hat of course, and a white-and-blue striped shirt, too. That’s a stereotype. But no sidewalk on earth can reach the Parisian standards when it comes to smoothness. Probably one of the reasons why there are so many good skaters here, for example the Blobys. Danny said it best: “Greg is like one of these street soccer players.” He should put a hat next to where he skates and let the people throw money in it. It’s really that refreshing to see him skate. 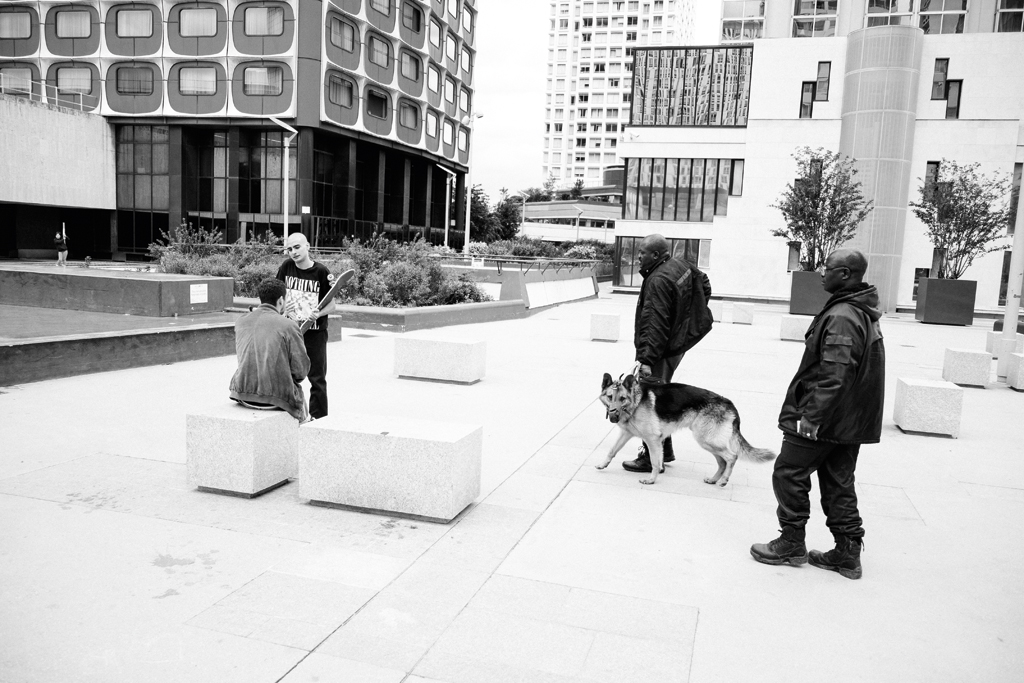 Paul and Kevin, the security and a German shepherd.

If a day could only have more then just 24 hours. After every filming trip, everyone involved only had a day off to take care of their lives. Going home to do a quick laundry run, only to wake up in the early morning to take a cab back to the airport is a very unusual lifestyle. A lifestyle some of us should probably not get used to, myself included. I always hated going by taxi. It just feels so unnatural to me. I would say it spoils your character in a way and lowers your horizon. Good thing you don’t have to depend on taxis. Sometimes it’s good to get a little lost here and there. That’s also how you get in contact with people. 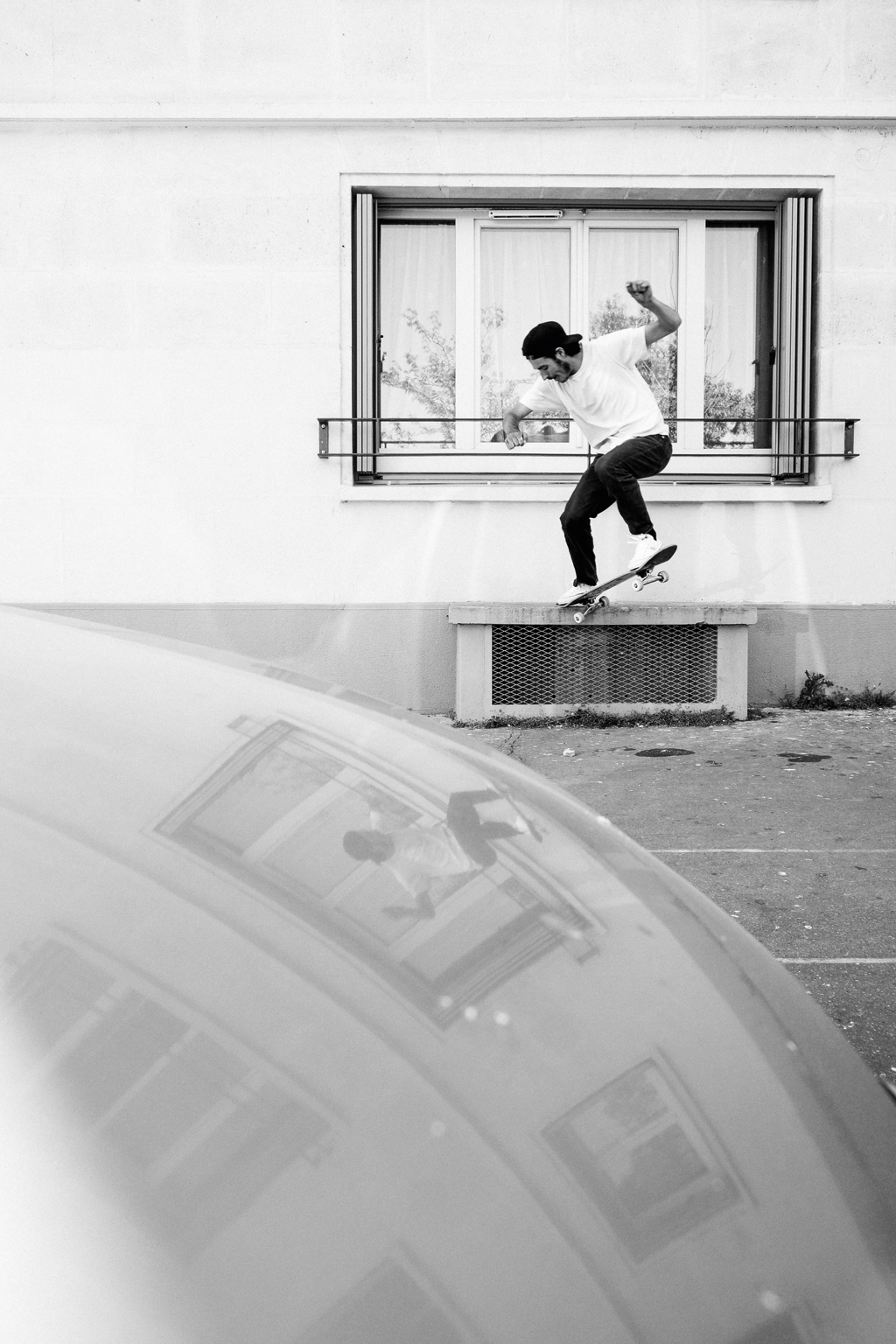 Paris will be the European hot spot this year, that’s for sure. And how could we forget to mention the whole Nozbone skate shop crew. You have to pay Paris a visit! 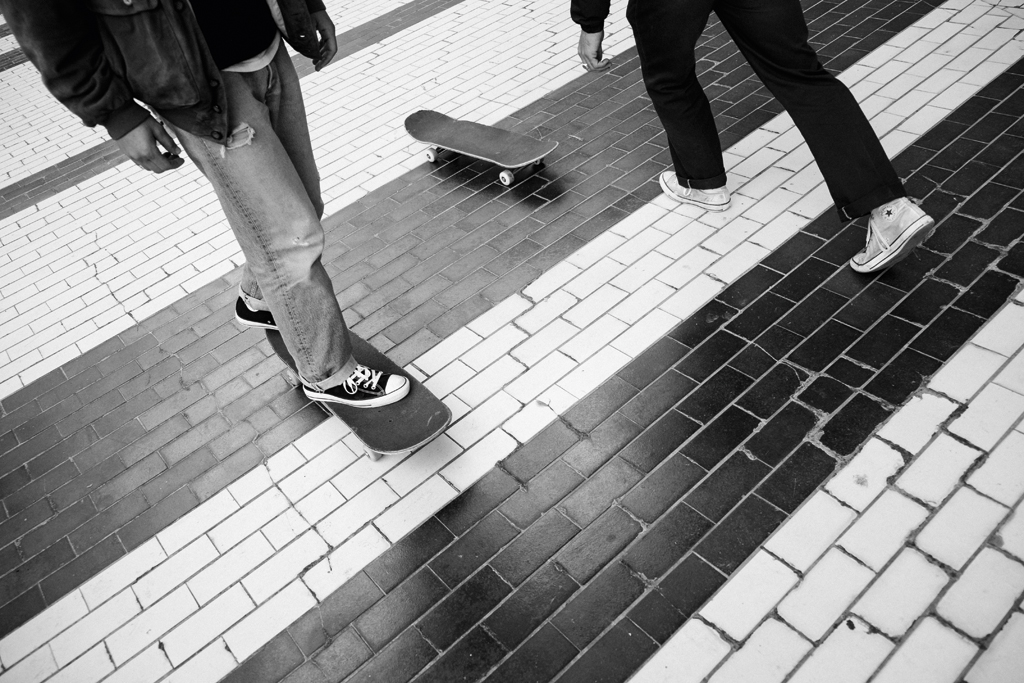