The VX1000 and the colors of the Netherlands are a perfect match and it’s even better if it’s filmed by the master lensmen Sneep and Ziggy. Lean back and enjoy some very fine skateboarding presented by Vans.

When we talk about people deserving things we can often be lead by our emotions. His last part was crazy, he has been going viral on Instagram, he is so sick he should be pro, this guy is super stylish why doesn’t he have a pro model shoe?

But what constitutes being worthy to receive a pro shoe? Many legends have one like AVE or Steve Cab, SOTY Kyle Walker has one and Gilbert Crockett has one with very creative 1940’s sport-fashion inspired colors. It is not really that defined why or when one is ready to ascend but in our humble opinion Rowan has done more than enough to get his signature style.

To celebrate the occasion Vans said, “Build it and they will come!” so Opperclaes did as commanded. And as was said, they did come and shredded R.O.W.A.N. for a day.

All in all, a really cool idea done really well. The atmosphere was great, the music was alive and the session was eventful! Now press play and let R.O.W.A.N. show you what he’s got.

Special thanks to Jan Maarten Sneep for the video, Ziggy Schaap for the photos & Vans Off The Wall for the support.

Memories is a video by Ziggy Schaap, full of Dutch Vans riders, including their TM, Sebastiaan Vijverberg.

The title of this video is not related to Birdhouse in any way. Instead, it is a way to get some footage out before it ages like milk. Joking…joking there is some really top-notch stuff in here press play to see what we mean.

As a young Dutch person, growing up in the Netherlands you felt connected to each other. The country is small and being part of a subculture meant that you would run into each other from time to time.

Back in those days, we as youngin’s had our own web community called the LEFT forum, a Dutch version of the SLAP forum. We would talk to each other on there, drop links to the newest Toy Machine video, show our local spots and post up some of our own skate footage. That was one of the main ways we connected to each other and it was not unusual to meet new friends by connecting via the forum.

I met the Bombaklats, then still the KWS boys at “The Yard” in Utrecht, I met some of the 103 boys in Eindhoven and I met Rachid, Rob, Jelle and the rest in Deventer at Burnside. We are not all the same age but it felt like we were part of the same thing.

But I digress, I know you might have come here to see Rob Maatman do some nice handrail manoeuvres instead of getting schooled in some slightly less relevant (if you are not Dutch) skate history.

But my the point is that it feels very nice thing to be able to keep that connection going over the years and still be able to do things together. It is nice to see that most of us still skate and put out content on a consistent basis and that is something that makes one proud.

So it is with a warm heart that we are able to present to you Rachid Addou’s new video “LLUVIA EN VIGO” featuring: 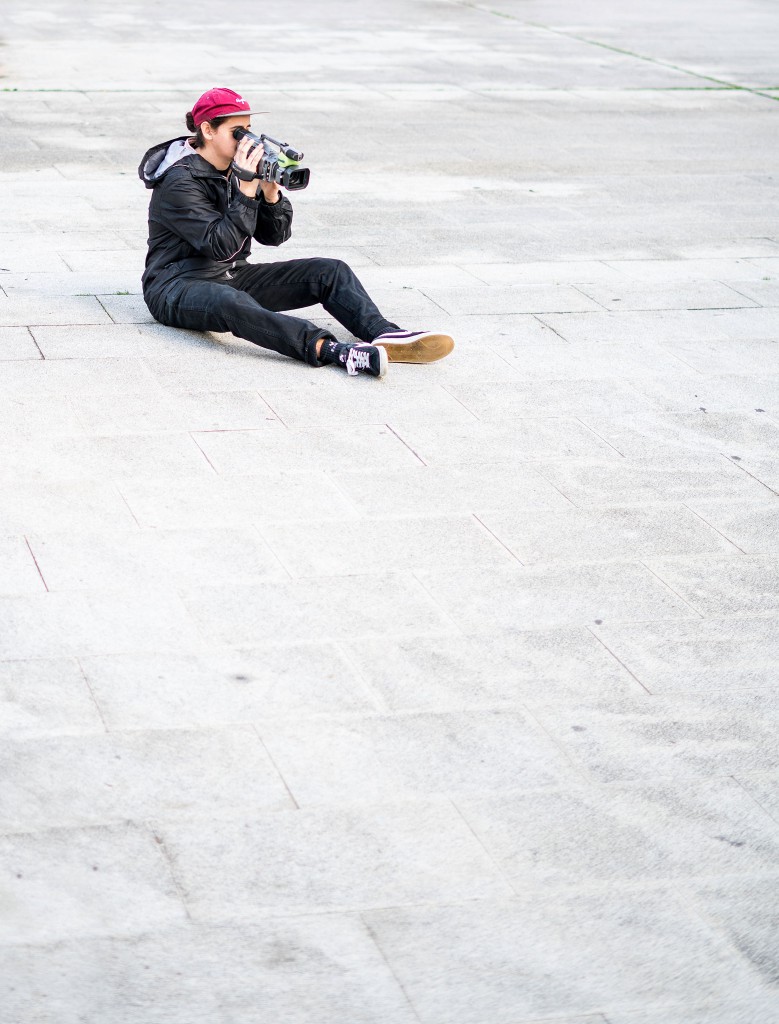 All Photos by Ruud Garst.
Text By Roland Hoogwater.