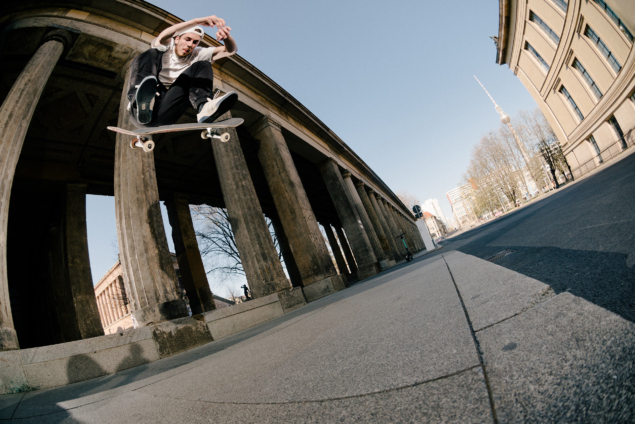 It is no secret that at its core Place is a Berlin-based skate magazine. In fact, we have been stationed...
Read On

A new video from the streets of Berlin with the title KMA which is short for Karl-Marx-Allee, a 3km long vibrant street with a lot of history. This video really gives you a good feeling of how it is to skate our lovely hometown. A big thank you to Stefan Vogtlaender for showing us the video beforehand and to everyone involved.

He has been a Berlin staple for years and there was some word on the streets about some of these tricks. Now the moment is there and Nico put out his part. Great to see place family member Paul Röhrs in there too!

Last week during the Bright they showed their newest video project to a crowd of thirsty skate rats. And if you follow our channels which you do if you are reading this post then you know that we are of the opinion that the Favorite team has some great skaters on it.

And after watching the whole video we noticed a couple of things. First off, the whole team has the same pair of ski style sunglasses. Secondly, Daniel Ledermann stepped up and produced some of his best work to date! High-speed lines, in XL clothing and no-nonsense pretty diverse bangers.

We also noticed that the team likes and supported each other in more ways than one during the making of this video. When Nico Kasterke was not there to document things, it seems that they handed the VX1000 down and took matters into their own hands. We often see this “family of friends” vibe used for marketing purposes but if it is not authentic you see right through it.

Another point worth noting is Mario Ungerers Flip nose wheelie on the famous Pappalardo ledge in Madrid which in our opinion would have been nice if he only did the straight part but he takes it all the way to make it one of our highlights in the video.

Ok enough talk, if you are still not convinced simply press play and let the skating do the talking, you won’t be disappointed.

Today Favorite Skateboards Co. proudly present their very first full length video “Daggers”, which will be available as a whole for the next 11 days. It was a very huge project for such a fairly young company and I know each and every one of the guys put a lot of effort into it. Fortunately, the hard work paid off and the video delivers both skateboarding on a very high level and a clean cut by Nico Kasterke. It is quite foreseeable that we will hear and see a lot more of Valentin Ott, Daniel Ledermann, Mario Ungerer, Michel Funke and the whole Favorite fellowship in the very near future. 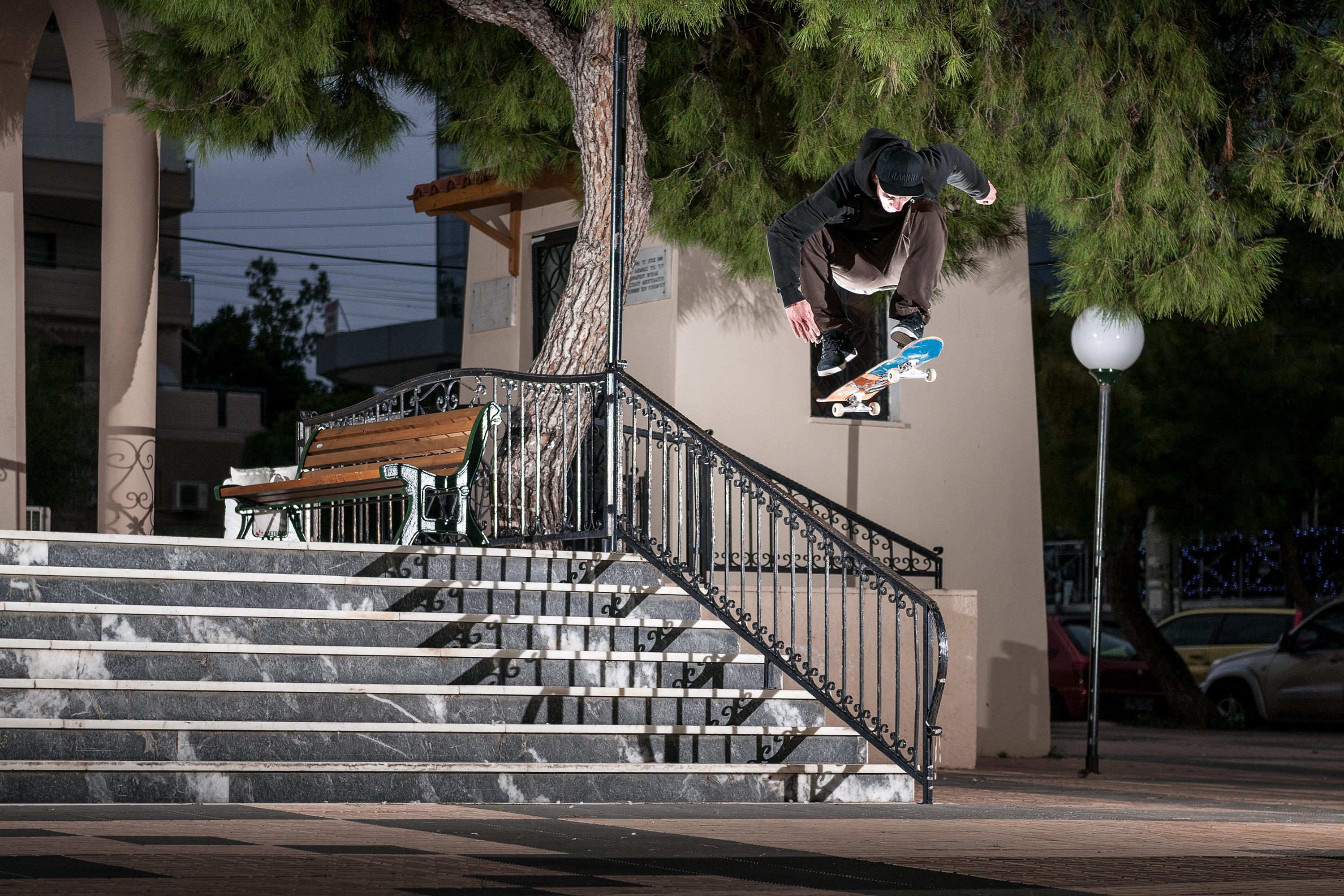 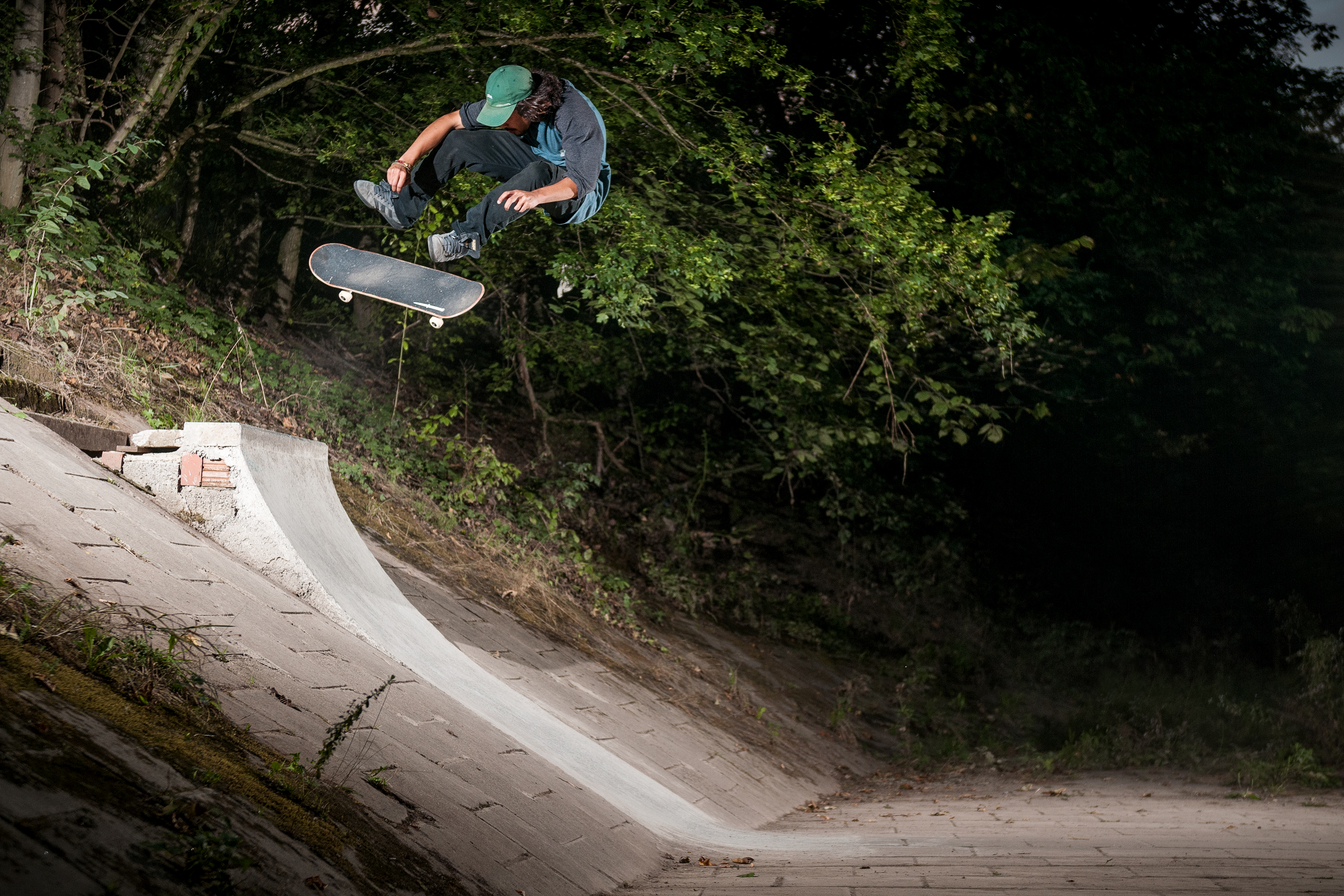 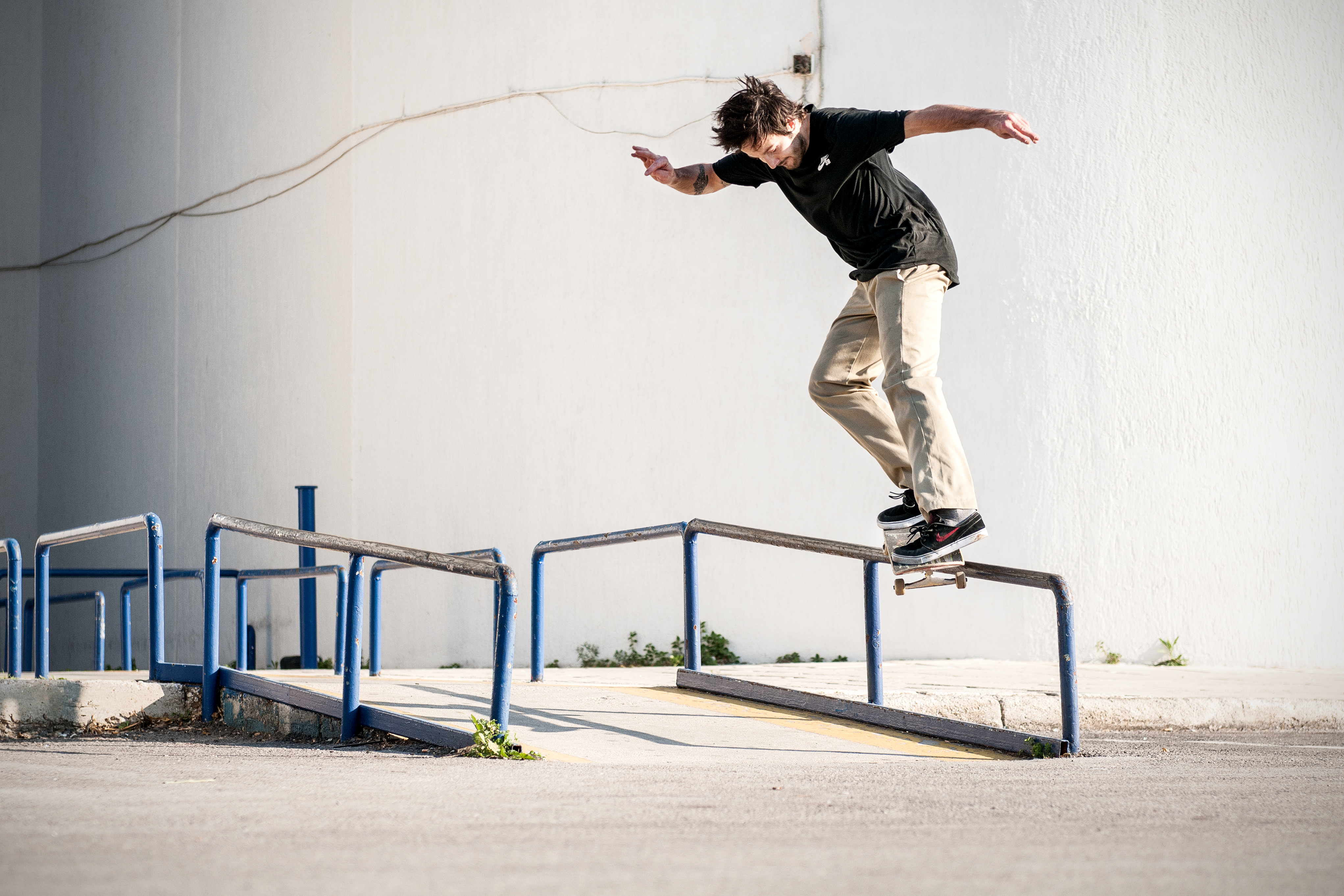 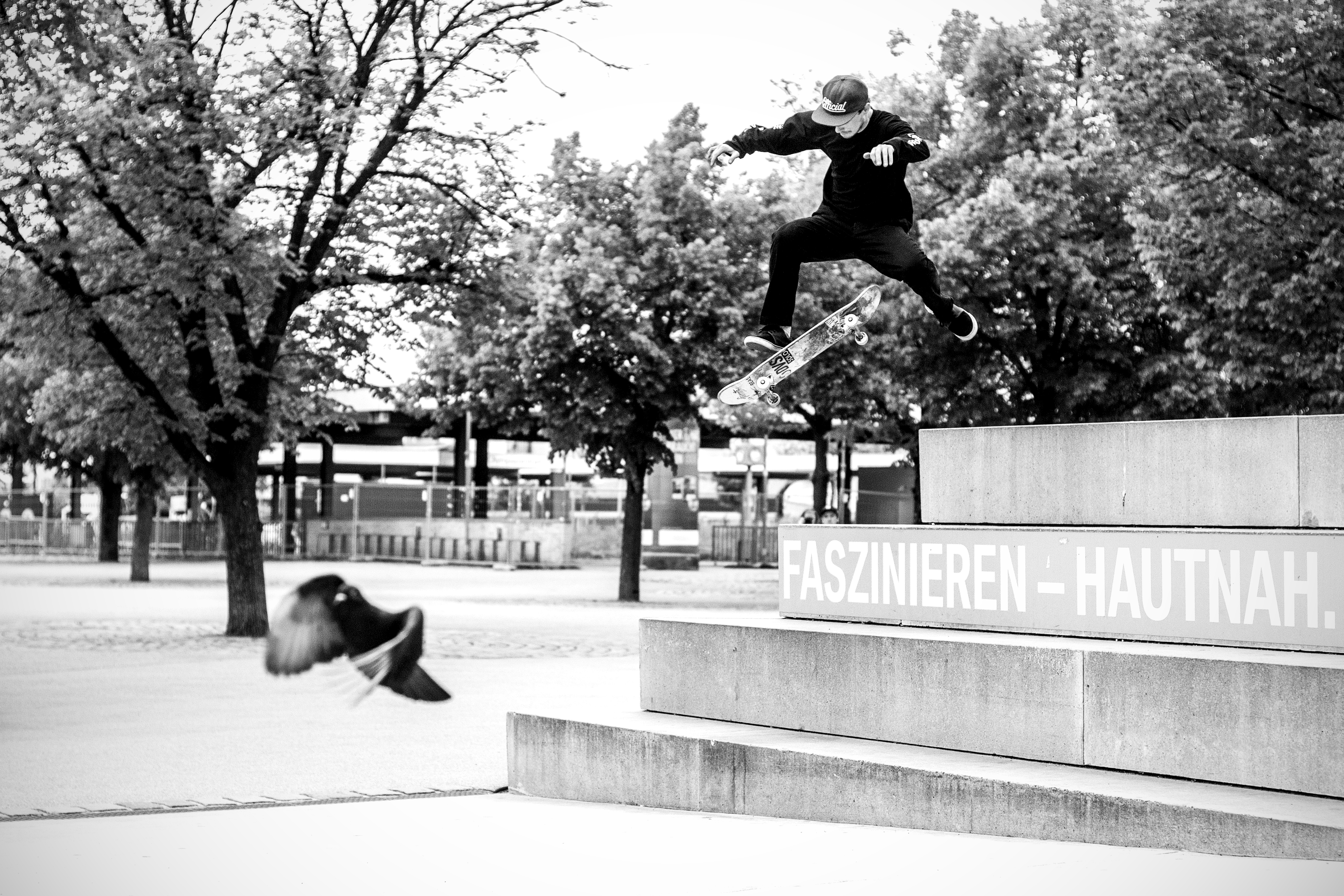 Tomorrow the first full length of the Favorite Skateboard Company premieres in Munich. Honestly, I really cannot remember if there has ever been a German full length that got me into such a mood of excitement. Reason enough for me to invite my old friend and editor of the video, Nico Kasterke, to our office in Berlin and have a little chat about the process of making “Daggers”. 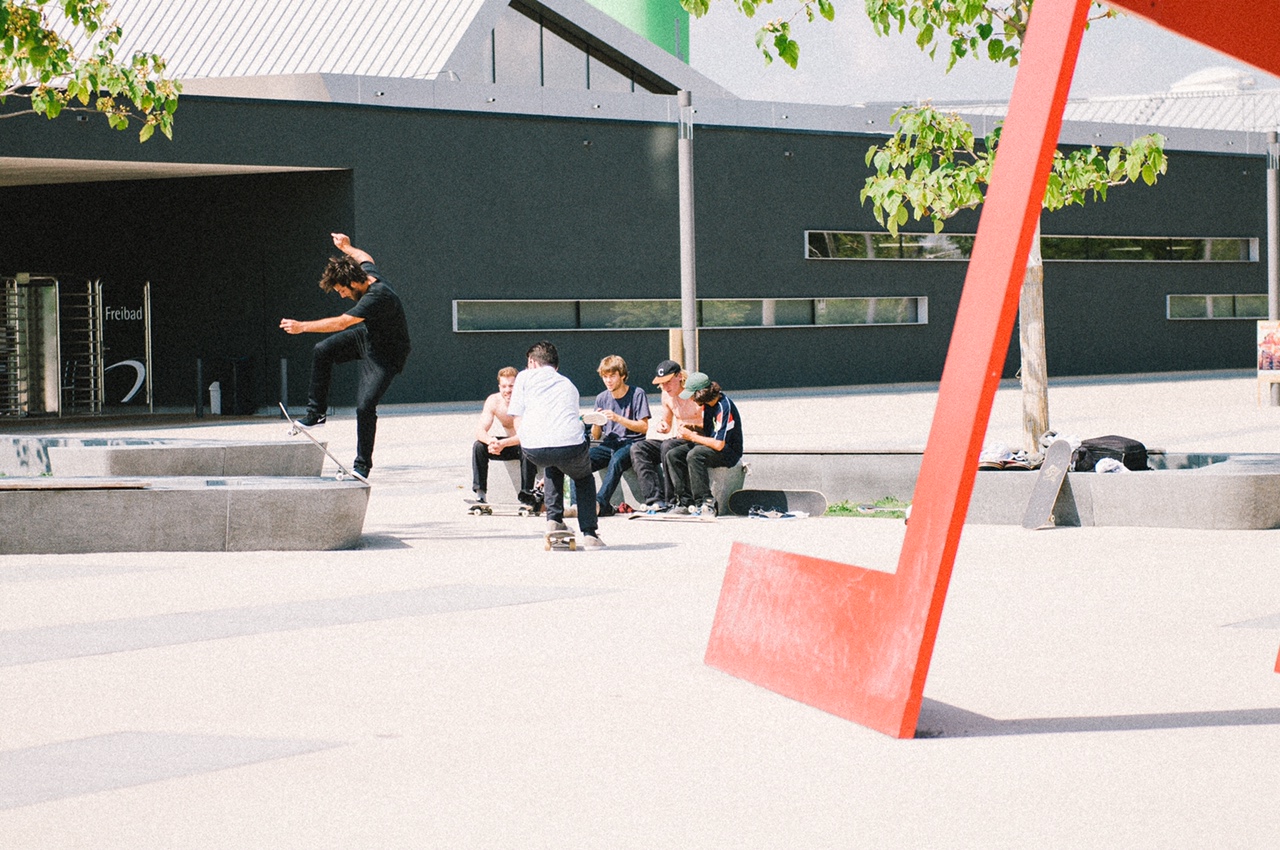 How important was it to produce a full-length that is going to be released as a whole and is not split into single online parts?

Well, that is really important for me that the video will be presented as a whole. I grew up with full-length videos. You know, today single online parts became the usual because it is much easier to produce them. But to my mind, a full length generates a much stronger impact. Therefore, we tried to find a possibility to properly show the whole thing but still without thrusting DVD’s into everybody’s hands. For that reason, we found a smart solution having a website that is designed only for the video, which is much better than just having a Youtube link and that is it. Having an own artwork and stuff gives the thing a whole different character already.

How did the collaboration with Favorite and yourself as the editor of the video came about?

I know Thomas (founder of Favorite) for quite some time now. One day he called me and asked if I would know someone who could do the edit of the Favorite video. He knew that editing a project like this would actually not be possible for me temporally. But right in the first second as he asked me this question I knew for myself that I wanted to do it so bad that I said to him that I would be willing to do this. 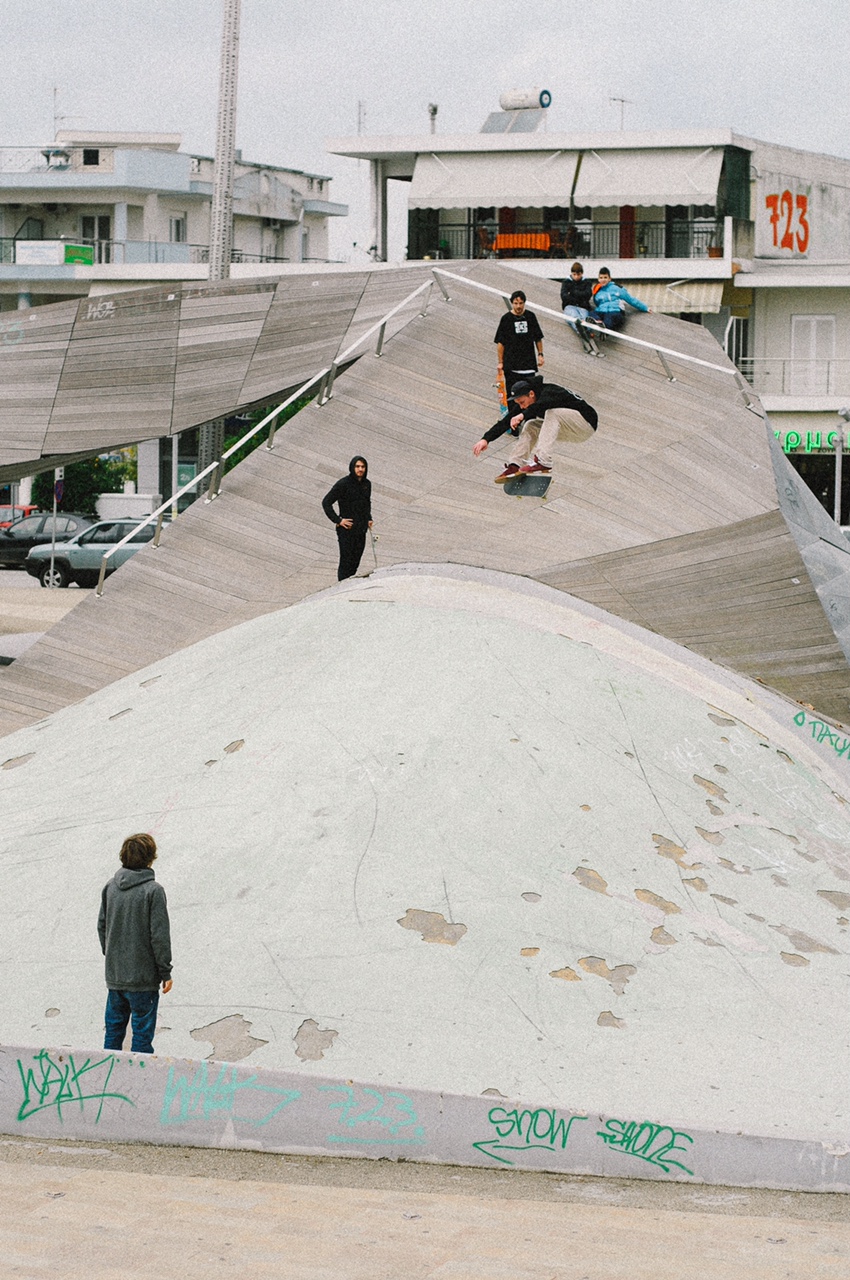 You already had experiences with both editing and filming a full length. What was different this time?

That is right! Actually the whole process was very similar to the Chinchilla Video I did years ago. Back then I was not living in Berlin and I could only go out filming with the crew when I was in town. For the Daggers video it was even harder because I am having a full time job now and most of the team riders live far away. So I knew right from the beginning that there would be only a few sessions where I might be able to realize some of my ideas while filming.

So one could say it is more a video that was edited by you but the footage came from various hands?

Yes, although my filming amount increased a lot towards the end of the project, which I have not noticed at first. But as I was working on the trailer I figured out that still a lot shots are my own. 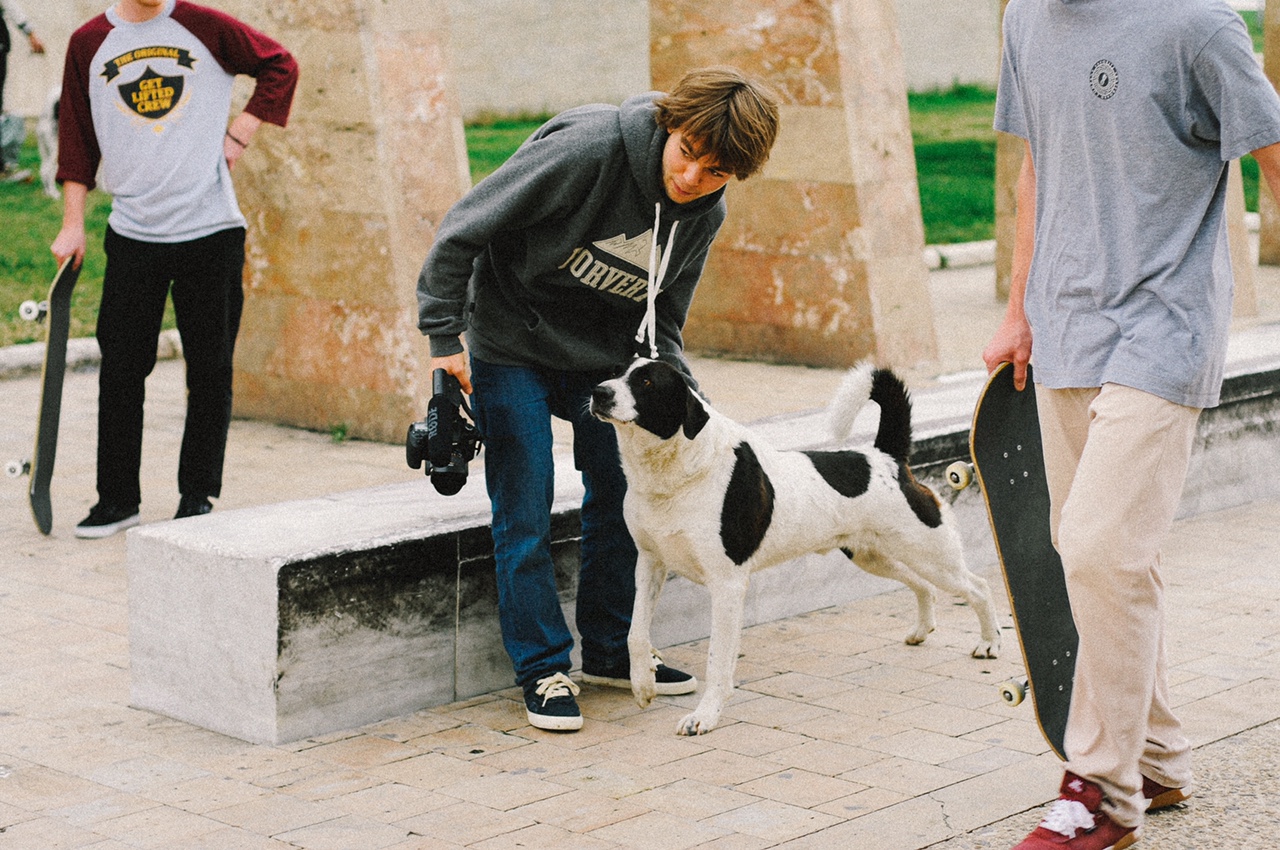 How long have you been working on the video?

The first tour was Paris in May 2014, which is not too long ago actually. Thus, we were working on it for quite accurate two years.

If one watches the trailer it seems to be quite obvious that a special focus is drawn on Daniel Ledermann. Does he have the last part, too?

Probably! (Laughs) In any case Daniel put in a lot of effort and delivered some of the heaviest skateboarding that has ever been seen from a German. It is just unreal that he did the Bigspin that double set in Athens only because I wanted to have it for the trailer and three tries later it was done. 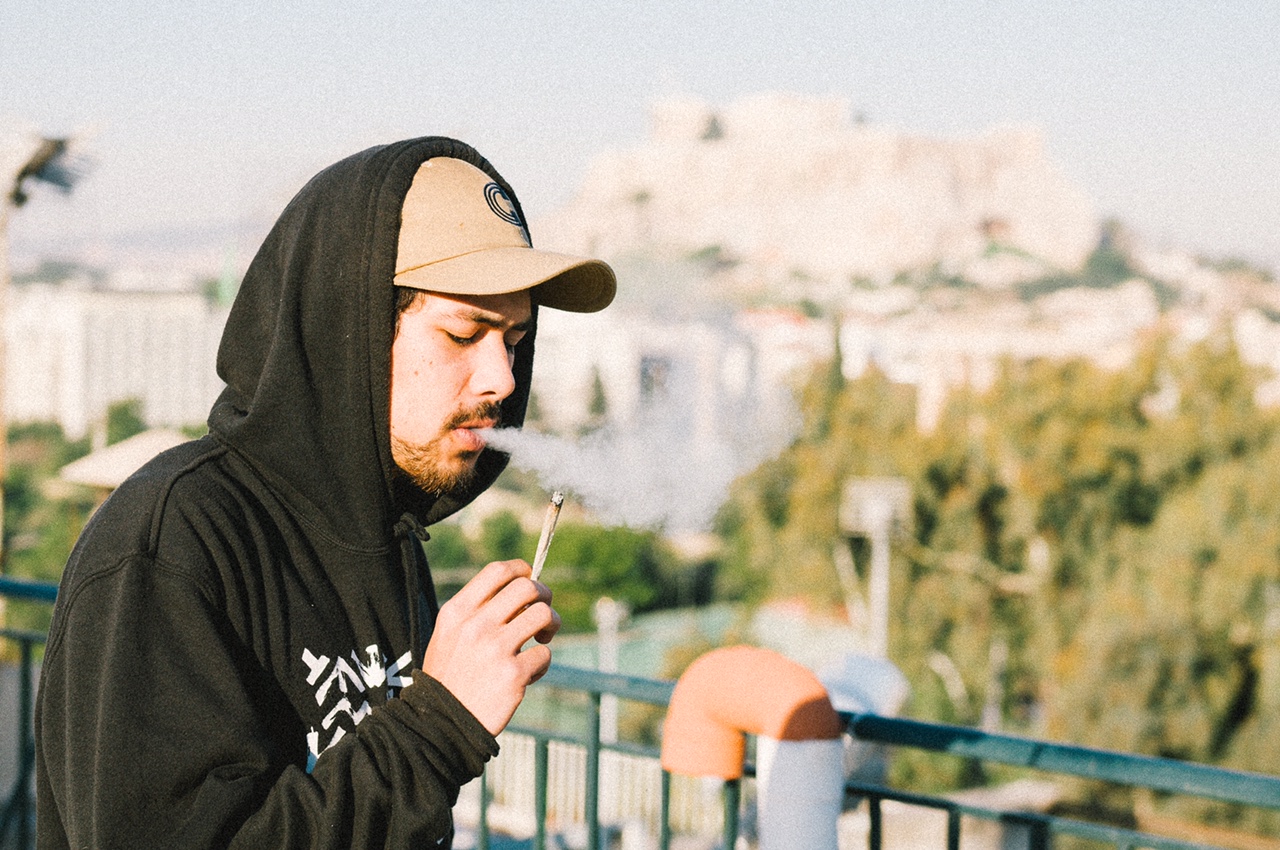 If you think about all the trips you went on with the team, what experiences come to your mind at first?

Oh man, it is definitely the team vibe for sure! It is so great to see how everybody supports everyone! That was really amazing! Besides that, what also comes to my mind is that one night in Thessaloniki. We were drinking and suddenly everybody wanted to get a gang tattoo and via some curios connections we got the address of a guy who was living more outside the center of the city. As we arrived we first of all ordered twelve gyros pitas and then one after the other got inked a dagger in the backroom of the odd apartment before we went on to party the night away, everyone having plastic wraps around various body locations. On the next day we had to get our flight back home and Mario was still so drunk that he tried to get through the security zone with a couple of canned beers and two knifes in his backpack, which of course got him the fullest devotion of the security agents. Now you got an idea why the video is called “Daggers”. (Laughs) 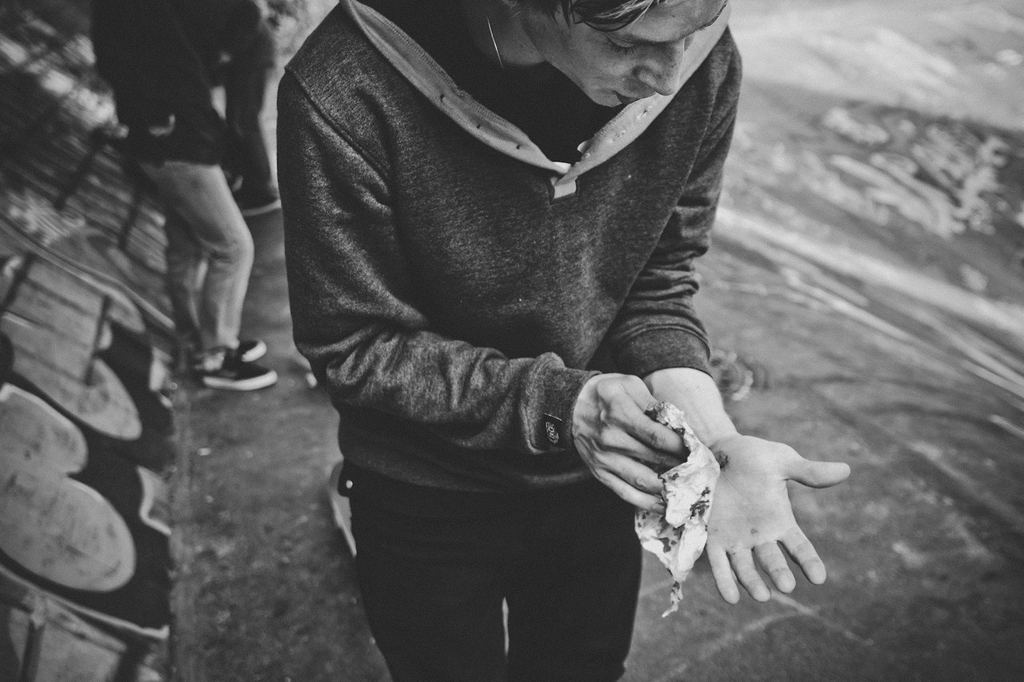 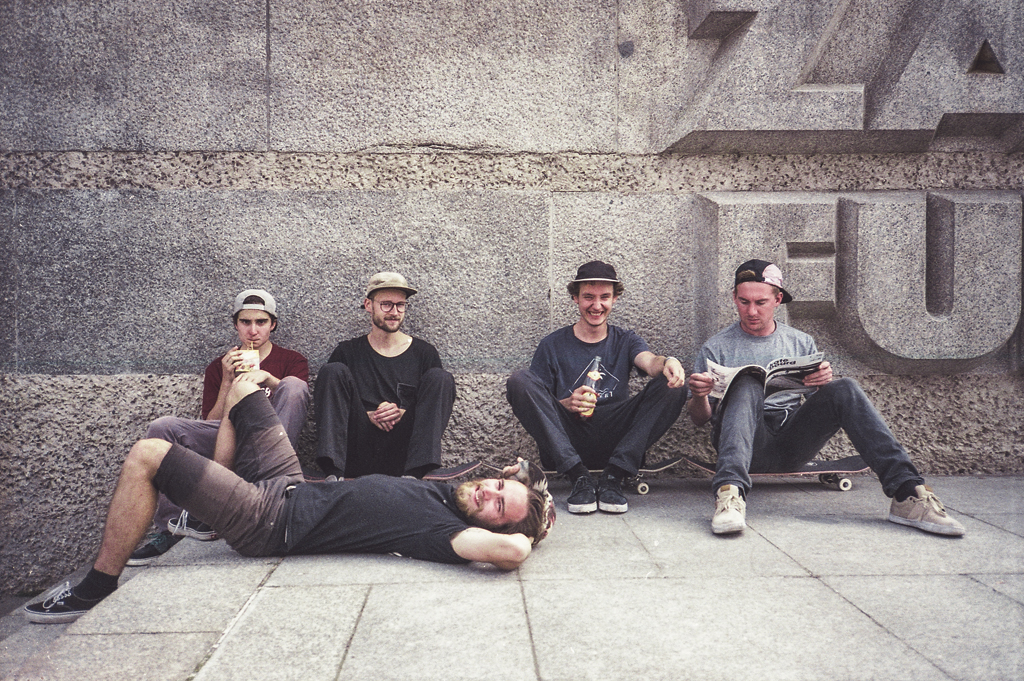 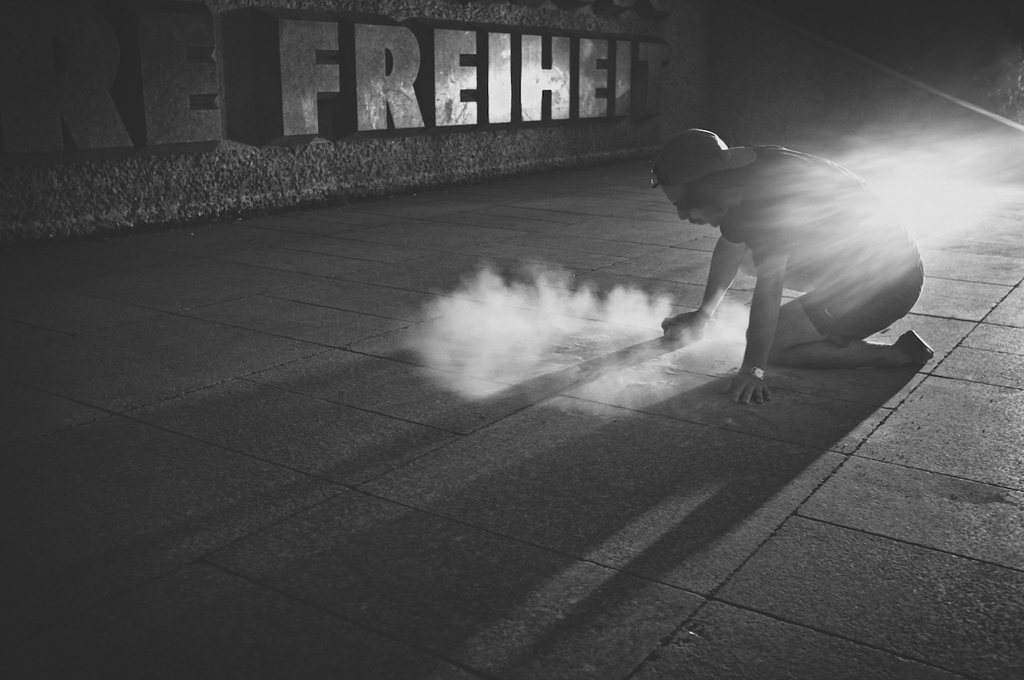 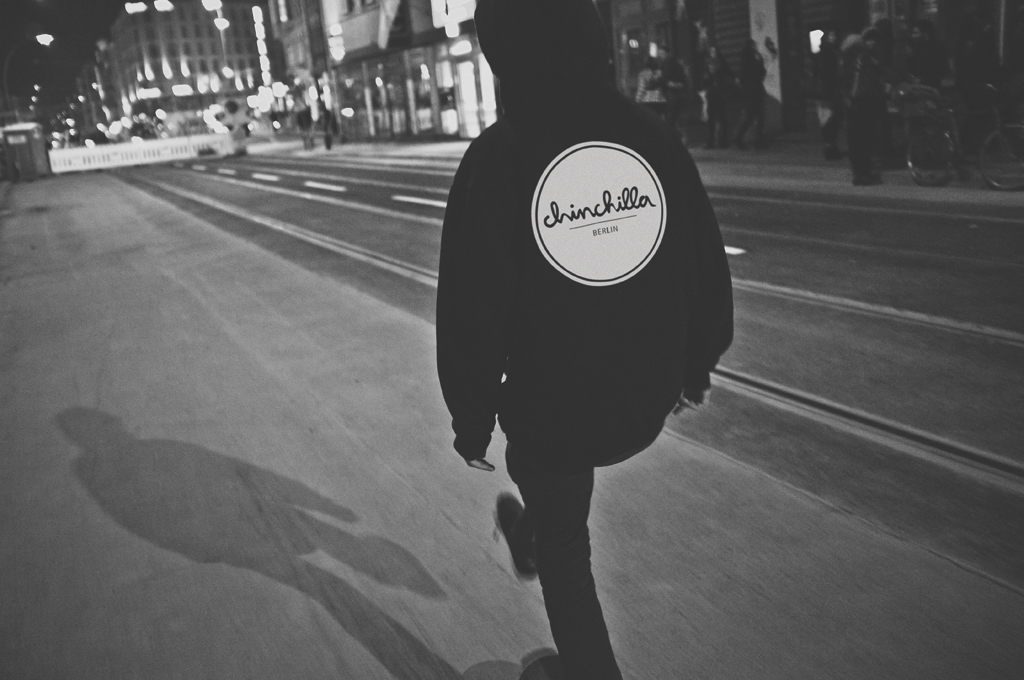 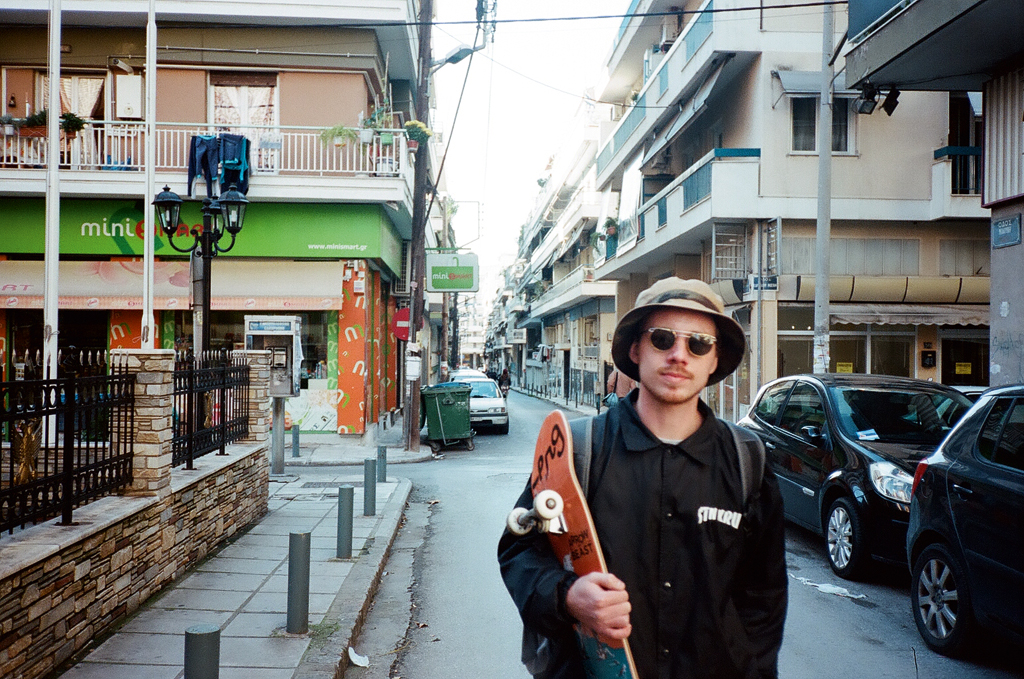 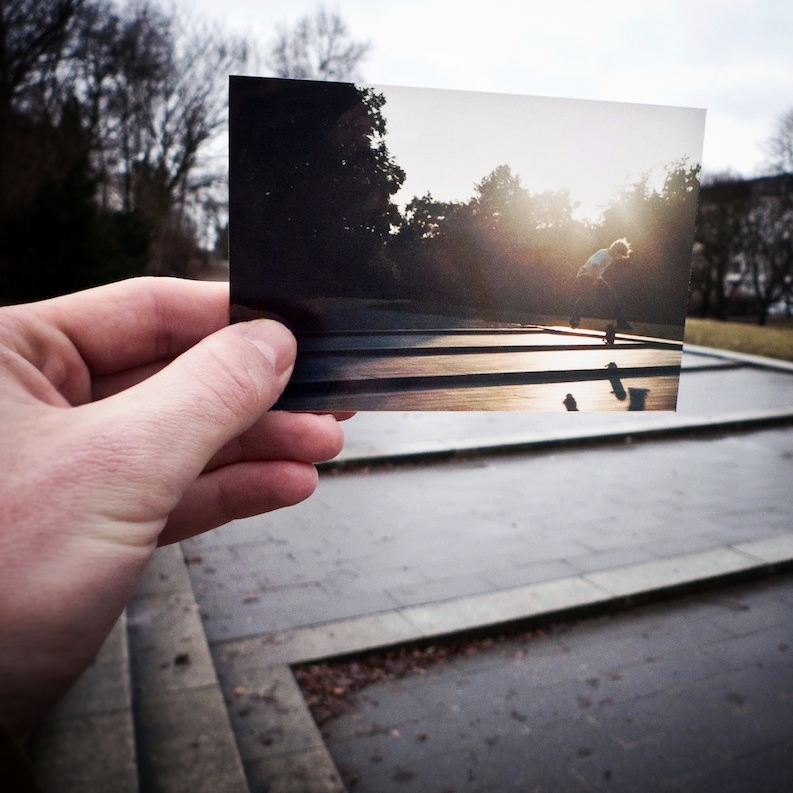 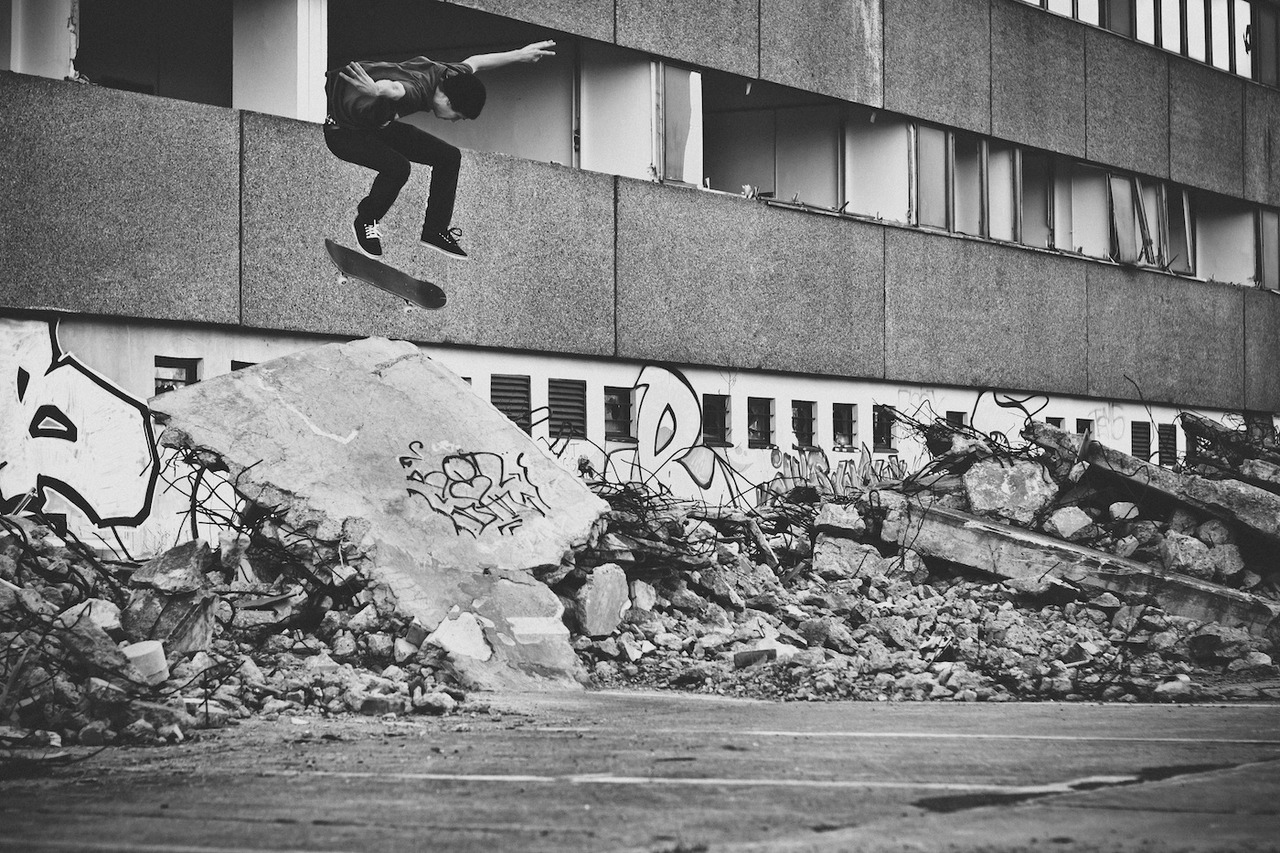 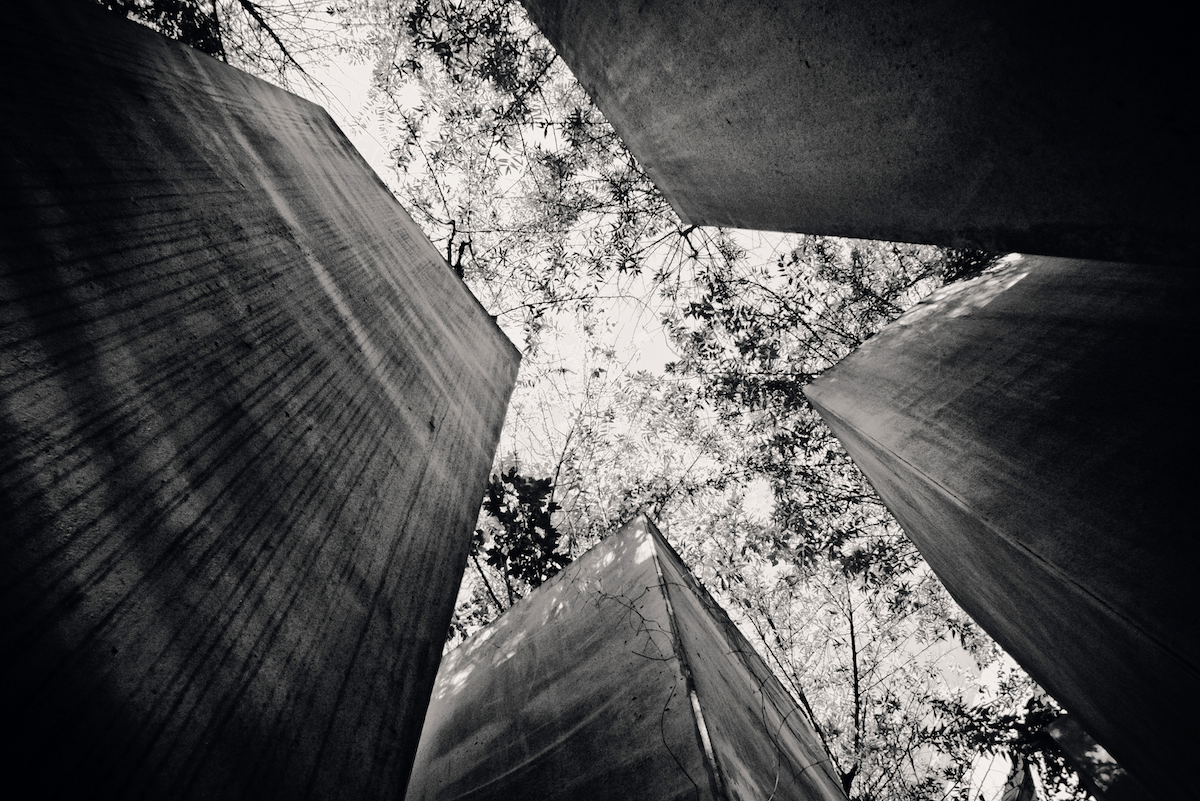 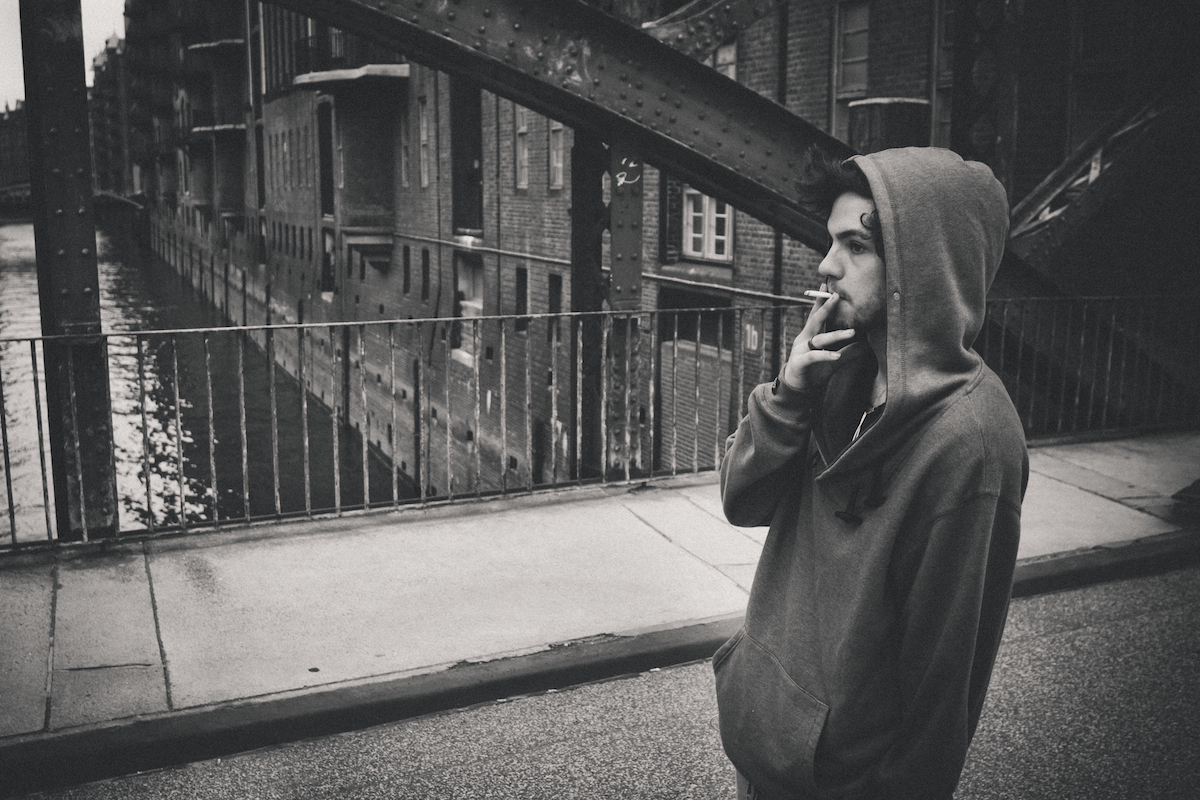 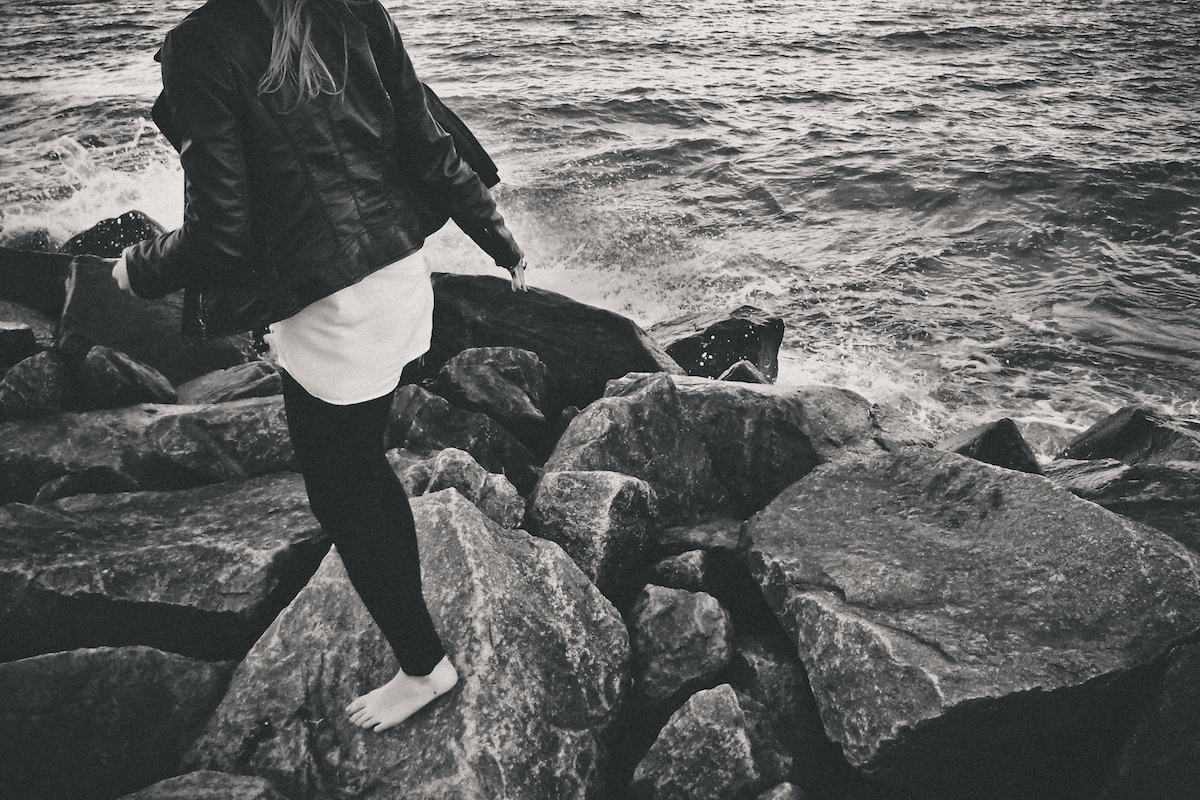 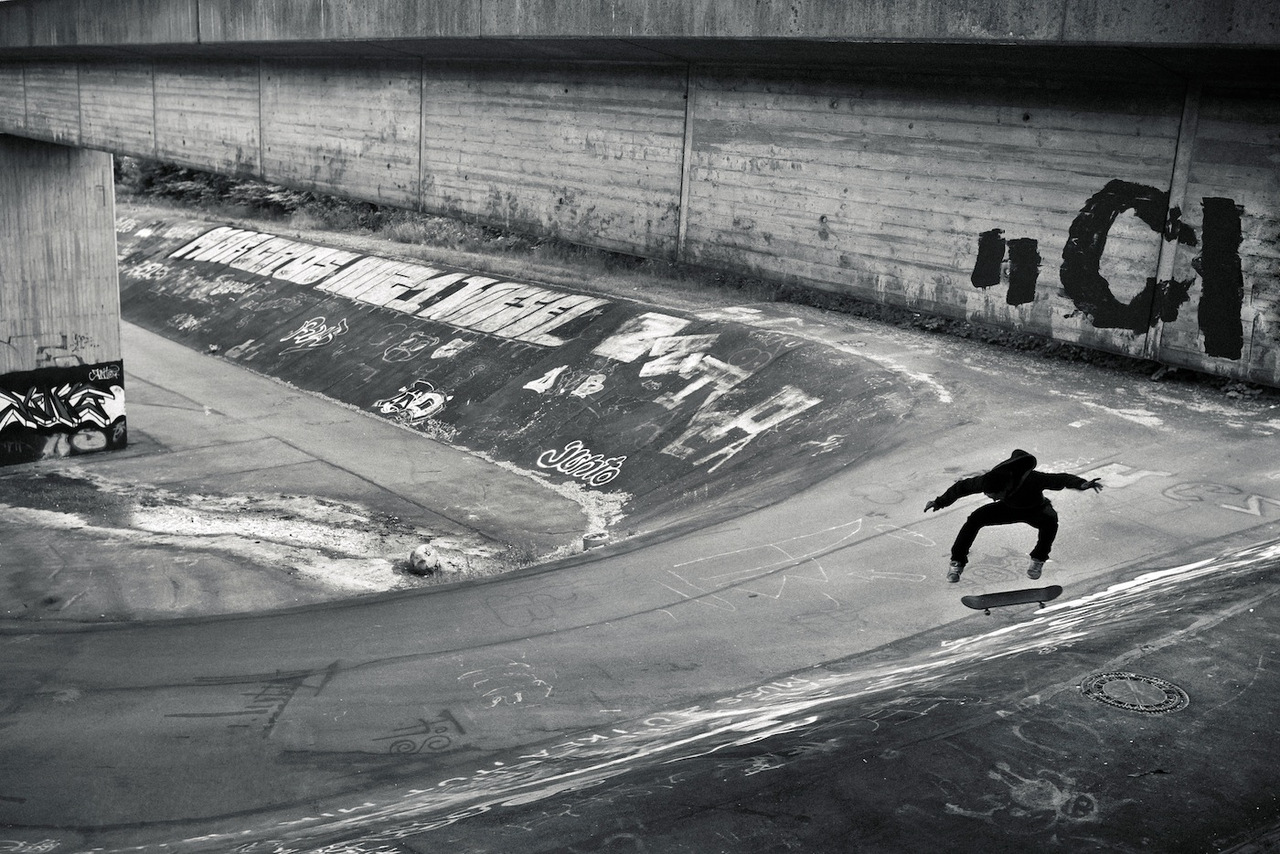 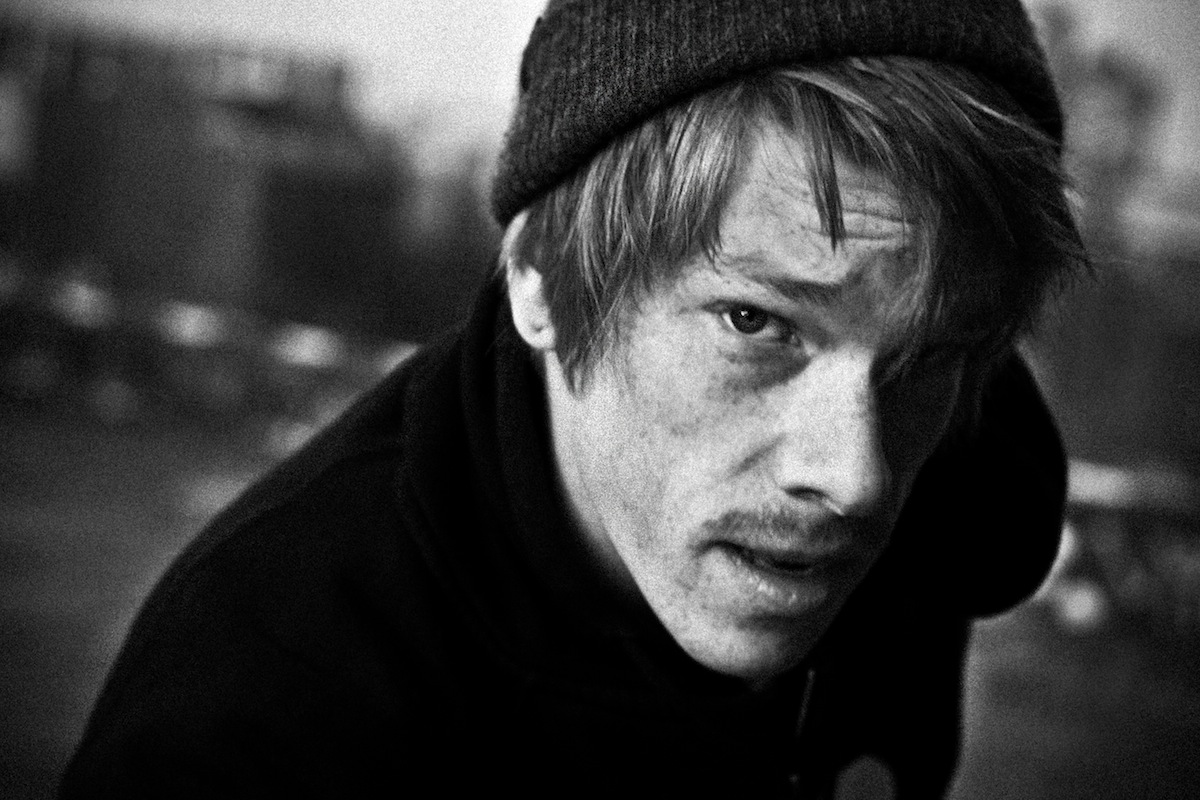 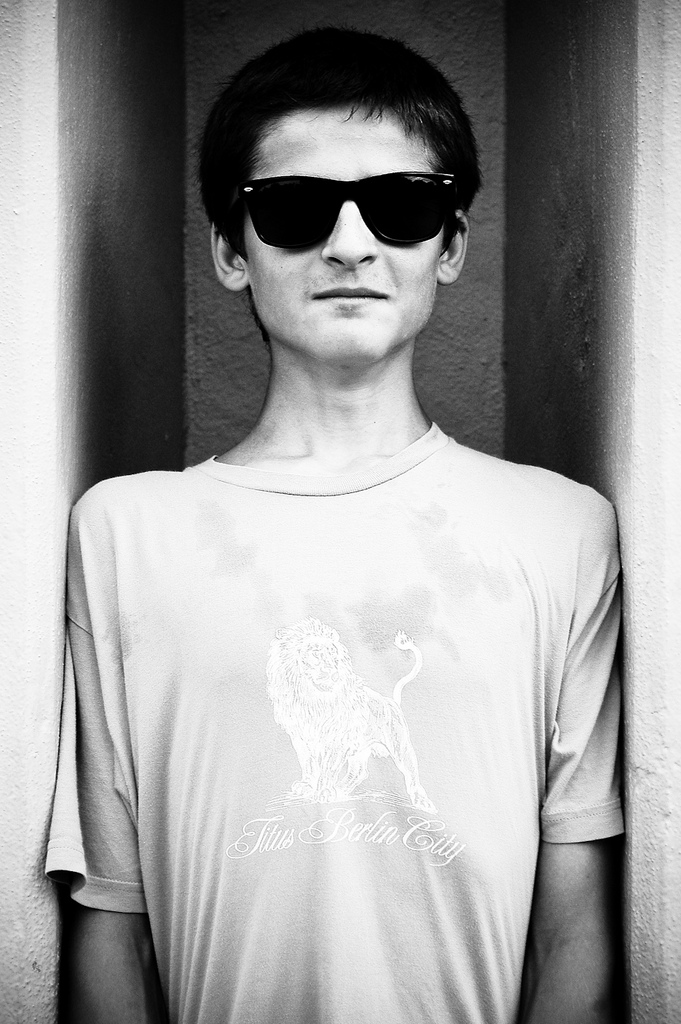